Object of the Month, Uncategorized | 0 comments 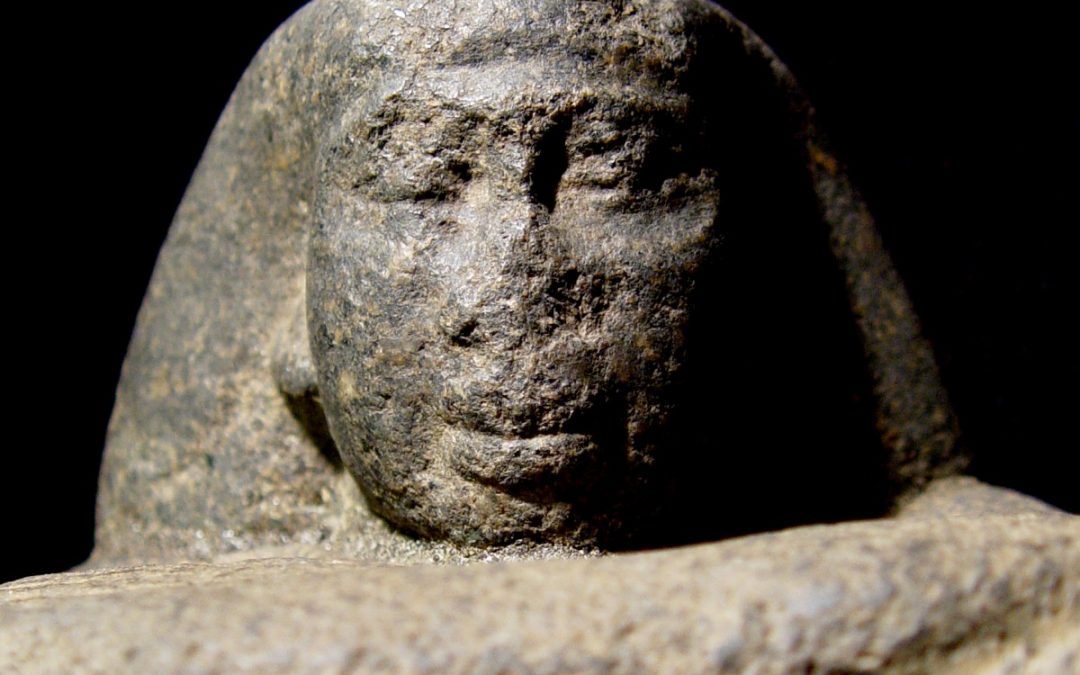 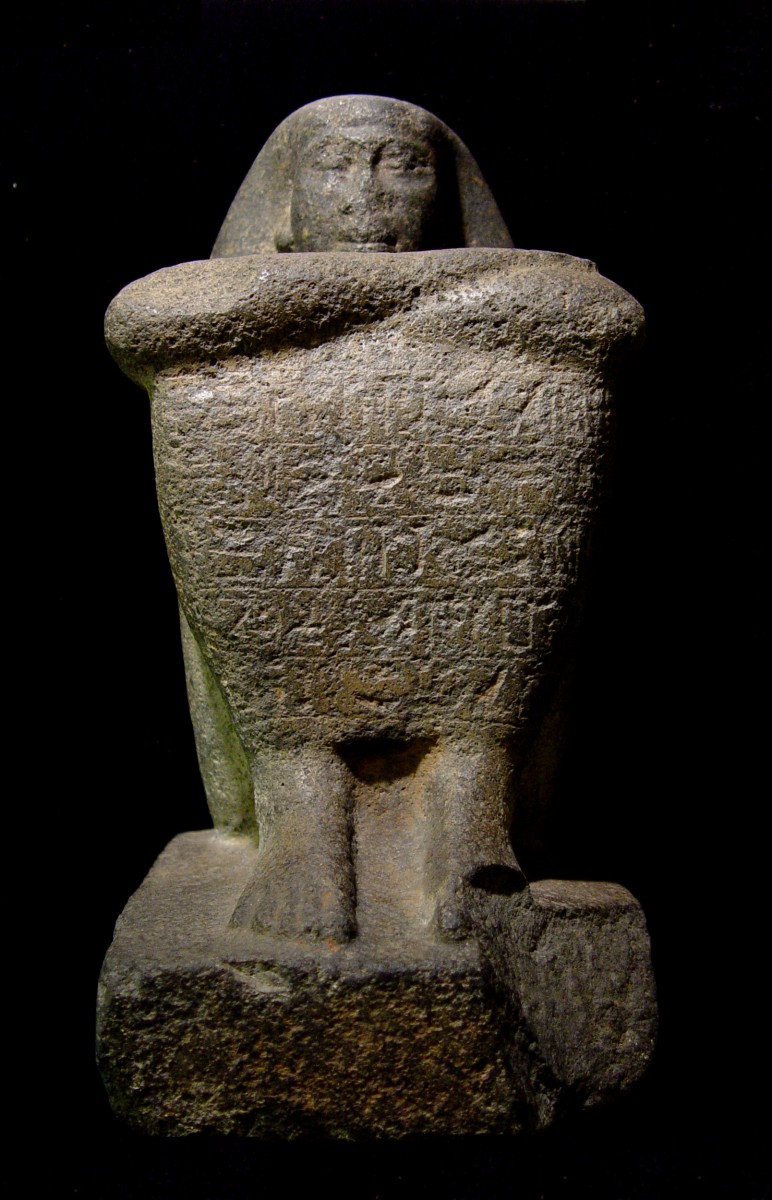 For November we have chosen this Ancient Egyptian ‘block statue’. Carved out of black basalt, it depicts a man seated in a crouched position with his arms resting on his knees. The flat surface or ‘block’ created by the robe over his knees was the perfect space for carving an inscription in hieroglyphs. The back of the statue is also inscribed. It reveals that it was made for, and in the image of, a man called Peftjawyneith (‘his life is in the hands of Neith’).

The statue was dedicated to a temple at the city of Sais in the Nile Delta. His crouched position with crossed arms can be seen in other paintings and statues, and represents humility and worship towards a god or king. The almond-shaped eyes and smile of this statue help identify it as belonging to the 26th Dynasty. ‘Block statues’ depicting the owner crouched in worship were popular in the Late Period in particular as donations to temples. 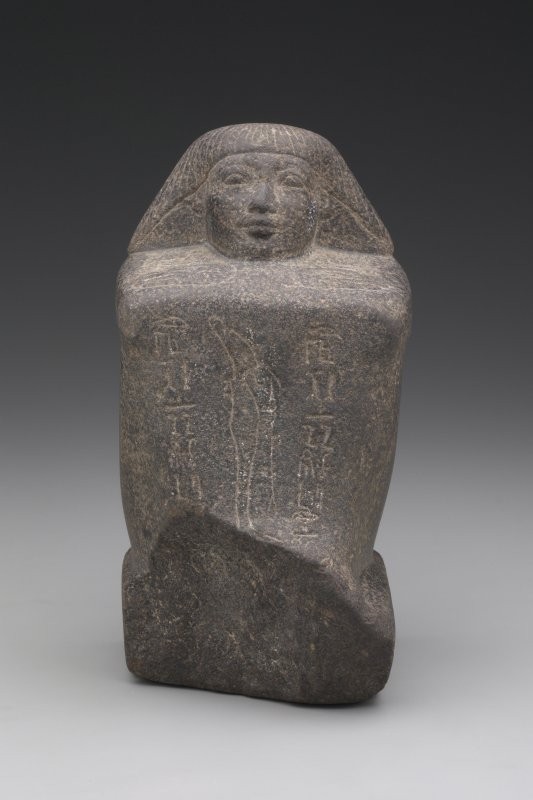 By donating a statue of themselves made of durable stone to a temple, wealthy Egyptians could make their mark in a place that had previously only been reserved for images of the gods and Pharaohs. They could ensure that they would be ‘present’ for important temple rituals and ceremonies, and that others visiting the temple would see their donation. By being depicted in a humble position of worship, Peftjawyneith would have aimed to immortalise his devotion to the gods in the hope of their favour for the afterlife. Ancient Egyptians could also have images of themselves kneeling and offering a statue of a god made for the same purpose. Small statues of gods were a popular temple offering. 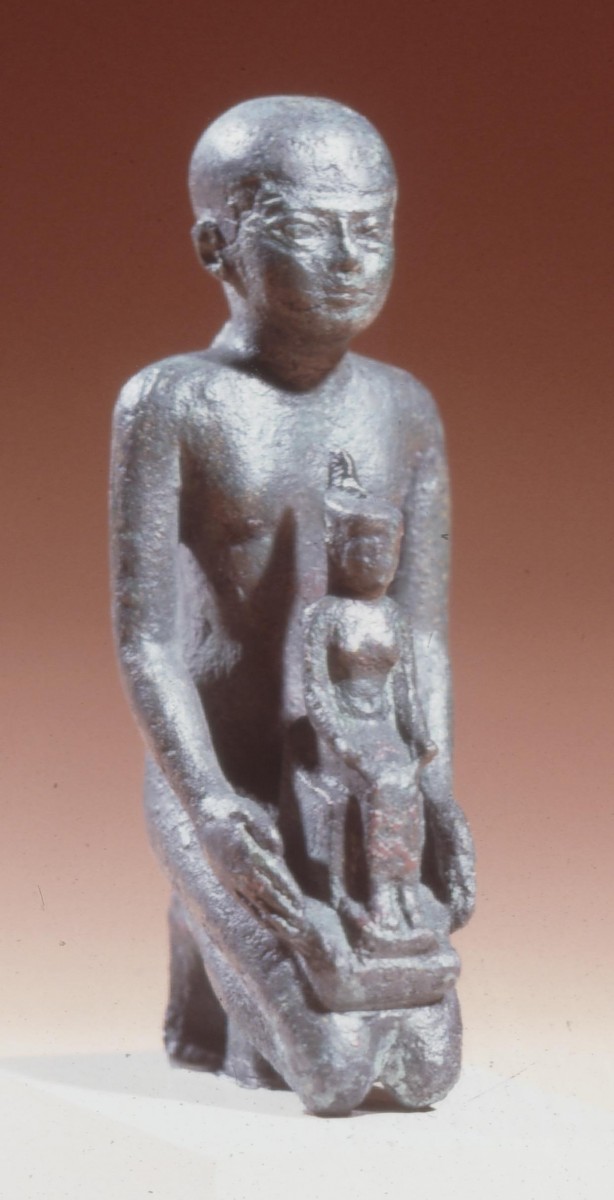 The statue of Peftjawyneith is quite large and would have been expensive to make, indicating that he was a wealthy and important member of society. He was also a worshipper, perhaps even a priest, of the goddess Neith as his name indicates. It is likely that this statue was made to be donated to the temple of Neith in the city of Sais. Sais was the centre of the worship of Neith, as her main temple was there and she was believed to be the protector of the city. She was the goddess of war and weaving, and she became particularly important when Sais became the capital of Ancient Egypt in the 26th dynasty under the Pharaoh Psamtik I. Neith was often depicted as wearing the red crown of Lower Egypt and carrying a bow and arrows. 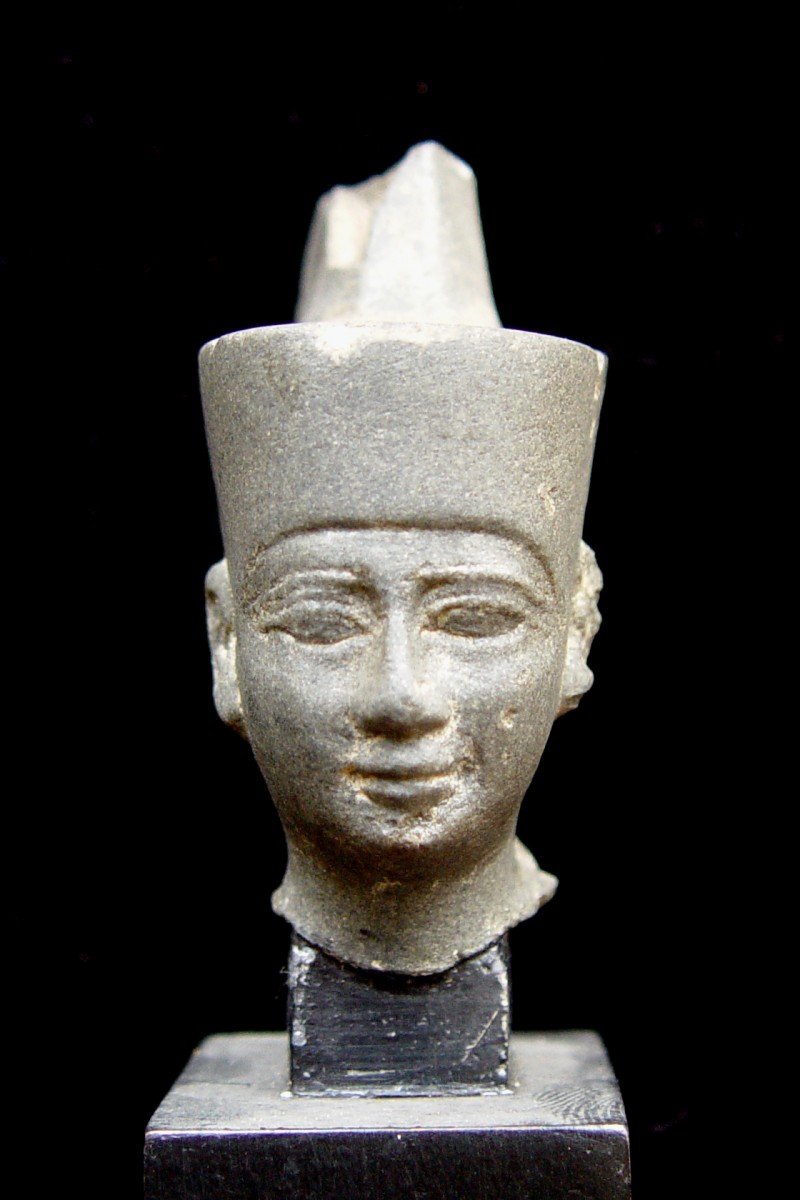 Head of a statue of the goddess Neith wearing the crown of Lower Egypt, Chiddingstone Castle collection, object number 01.0427

Denys Eyre Bower (1905 – 1977) collected a wide variety of artefacts from throughout Ancient Egyptian history, highlights of which can be seen in the Egyptian Room during our open season. He was inspired to collect by the discovery of Tutankhamun’s tomb in 1922, when he was a young man. There are a large number of statues of gods and goddesses in the collection which would have been donated to temples.