Denys Eyre Bower’s rare and fascinating Ancient Egyptian collection includes many images of the gods. Amulets of the gods were worn by worshippers in daily life or buried with their owners for protection. Small statues of the gods were used on household altars or donated to temples as an offering in return for good fortune. This month’s object is a small statue of the god Amun-Ra in bronze. He can be identified by his headdress which has in its centre the sun disk, and is topped by two tall feathers. He is wearing the ceremonial beard which was reserved for gods and pharaohs. In his raised hand he would have held a tall staff.

Side view of the statue 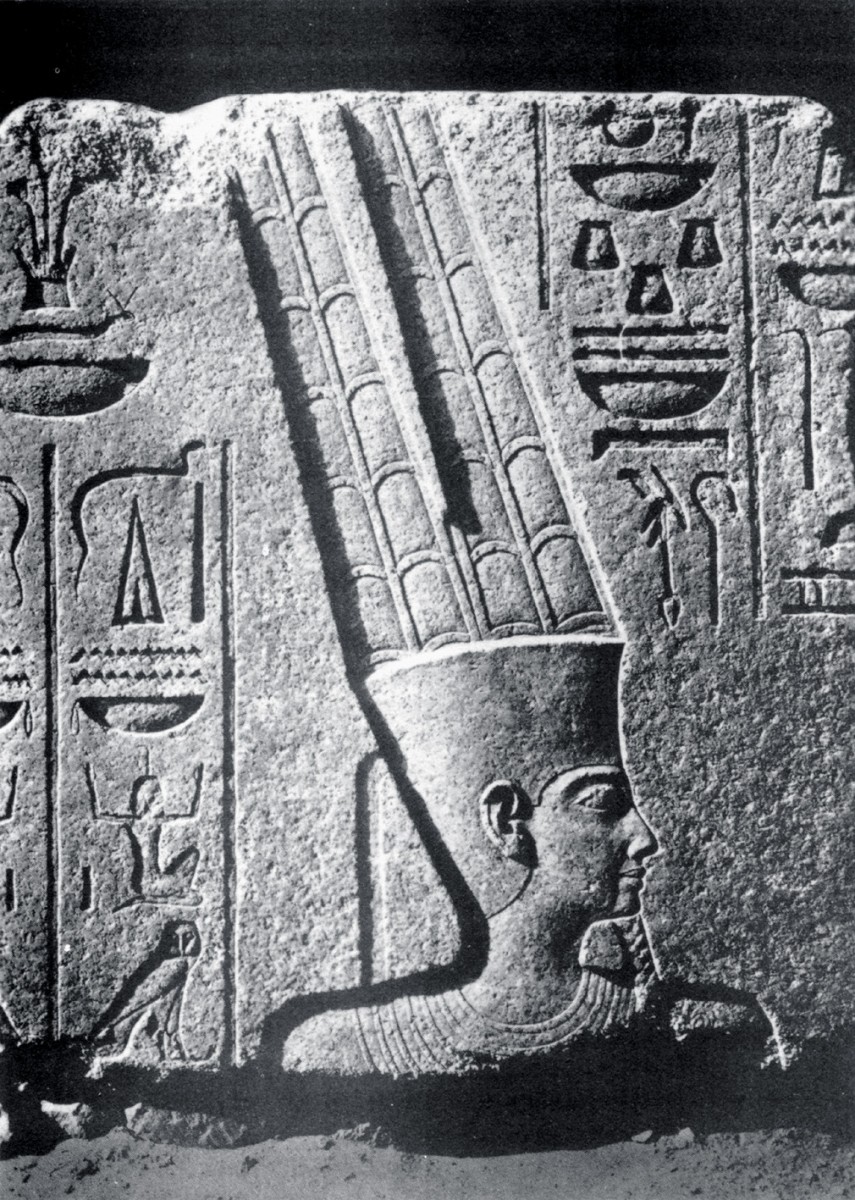 Relief carving of Amun-Ra from the Karnak temple complex

Amun-Ra was honoured by the construction of the famous temple complex at Karnak on the east bank of the Nile. Amun-Ra became the king of all the gods, and he was worshipped and the Karnak temple complex added to and improved throughout the rest of Ancient Egyptian history and into the Roman period (around 300 BC to 30 BC). The priesthood of Amun-Ra was very powerful and came to own and dominate most of the network of temples in Ancient Egypt. Amun-Ra was considered so important that belief in him spread outside of Egypt, particularly to Libya and Nubia. In Greece he was believed to be another version of Zeus and became known as Zeus-Ammon.

Due to the size of this statue it is likely that it was either made to be placed on an altar within the home for protection, or for donation to a temple. Worshippers donated images of the gods to the temples in the hope that it would bring them favour and good fortune. As statues of the gods were considered sacred, the metal that made them was not later melted down and used, as was common with other metal objects. Instead because of the high volume of small statues that were donated to temples, the priests would often bury them or discard them in the precincts of a temple. Archaeologists find caches of small, beautifully made statues which were donated to temples. It was also common for people to donate mummified animals, particularly mummified cats as an offering to the cat-headed goddess Bastet. At one point in the 20th century when there was a boom in Egyptian archaeology, so many mummified cats were being dug up that they were just being discarded or shipped to England to be used as fertiliser!

This month’s object was researched by our work experience student, Harry Springett.