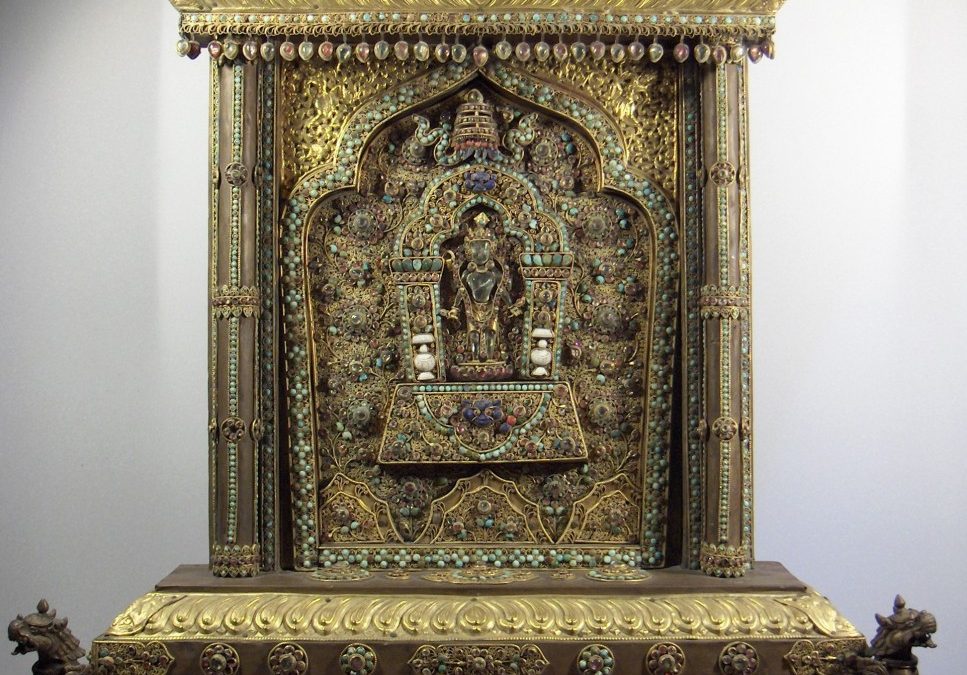 Our object of the month for June is this impressive shrine which is on display in our entrance hall. It depicts the Hindu god Vishnu in the centre, surrounded by flowers and inlaid jewels. Vishnu is standing underneath an archway and a canopy decorated with ribbons. The central figure can be identified as the god Vishnu because he is holding four objects – the conch shell, the discus, the lotus, and the mace. Vishnu is one of the most important Hindu gods, and is considered to be a protector against evil and chaos. He is usually depicted as having blue skin which can be seen in this shrine with the choice of pale blue stones to form his body. The conch shell that he holds represents the sound of the universe, the discus represents the mind, the lotus represents creation, and the mace represents Vishnu’s strength. 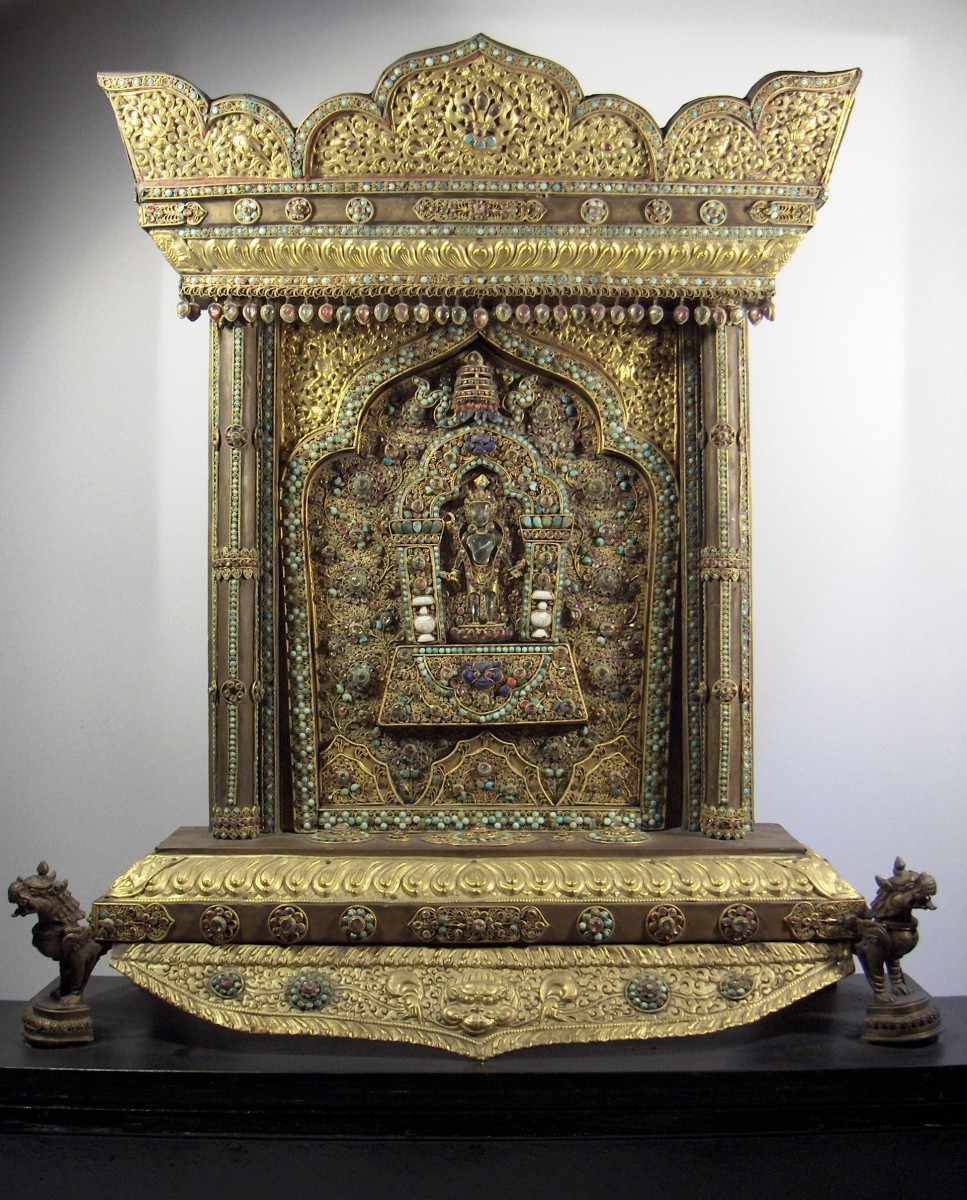 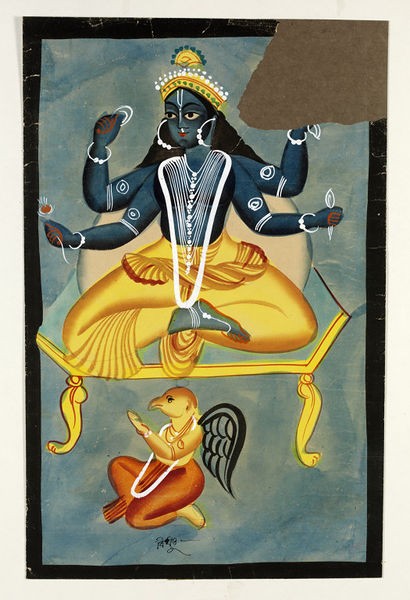 This shrine is part of Denys Eyre Bower’s Buddhist collection. Denys himself was a Buddhist and was fascinated by the imagery of Buddhist art. The Buddhist collection is the smallest of his four main collections, but it could be said that it had the most personal meaning to him. Although Vishnu is a Hindu deity, he would have been worshipped in Nepal by Buddhists as well, as the two religions share many temples and deities. There are many similarities between Buddhism and Hinduism as Buddhism originated in Ancient India. 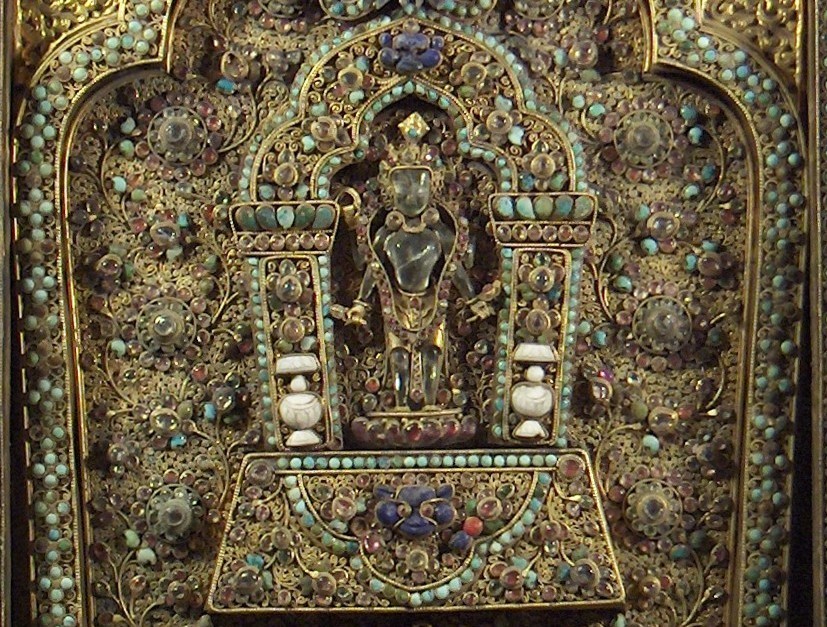 Close up of central image

According to Denys’s handwritten label in the archive at the Castle, this shrine used to belong to an important member of the British and Australian military, Field Marshal Lord Birdwood (1865-1951). Interestingly, Denys has labelled it as a Tibetan shrine which suggests that although it was made in Nepal, it may have imported to Tibet and used there. Another possibility is that Denys mistakenly thought it was Tibetan because of the large number of gold and jewelled Buddhist objects that were being brought into England from Tibet in the early 20th century, after the British expedition there in 1903-1904. The expedition became notorious because many British soldiers looted Tibetan monasteries, temples, and homes in order to find valuable objects to send home. 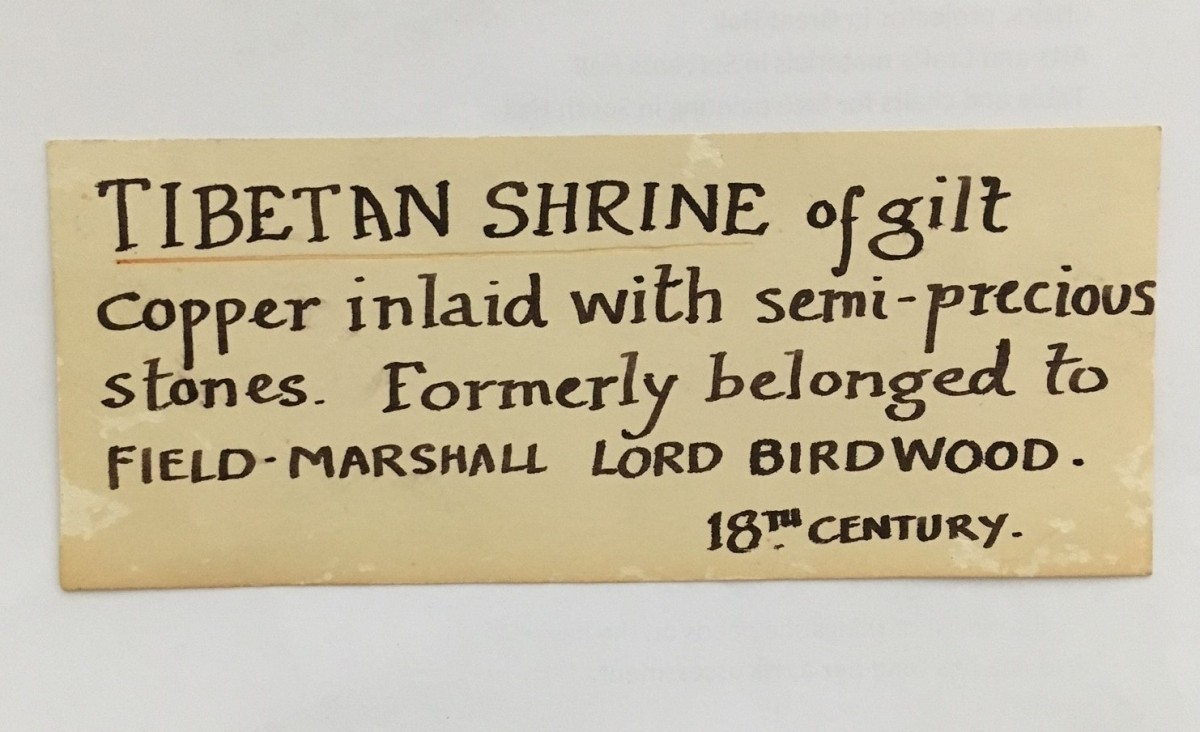 Field Marshal Lord Birdwood was born in India, as his father was serving there in the Civil Service. He joined the military in 1883 and served as a cavalry officer in India and South Africa. He was promoted to Major General in 1911 and served as Secretary of the Indian Army Department from 1912. After a distinguished military career including an important role in the Gallipoli Campaign and commanding the Northern Army in India, he became Field Marshal and Commander-in-Chief in India in 1925. It is possible that he may have either bought the shrine or been given it as a gift during his time living and serving in India.

The detailed inlaid stone design and gilt bronze filigree of this shrine are an example of the typical style and skilled craftsmanship of the Newar people of the Kathmandu Valley. The technique used is known as jarao inlay. The technique, which was popular in the 18th and 19th centuries, combines setting semi-precious stones with covering a surface in decorative filigree wire. 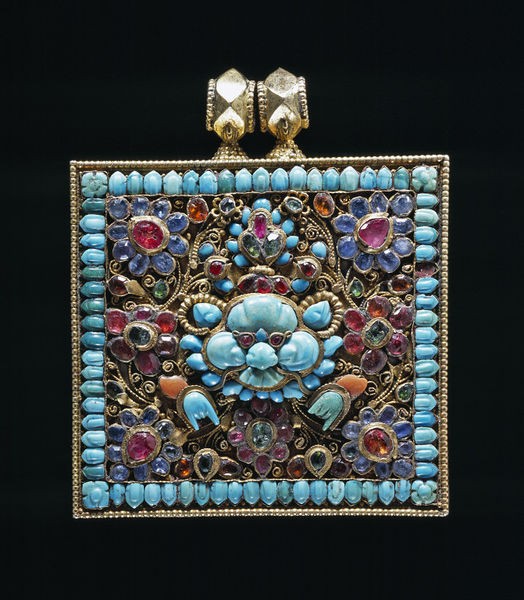