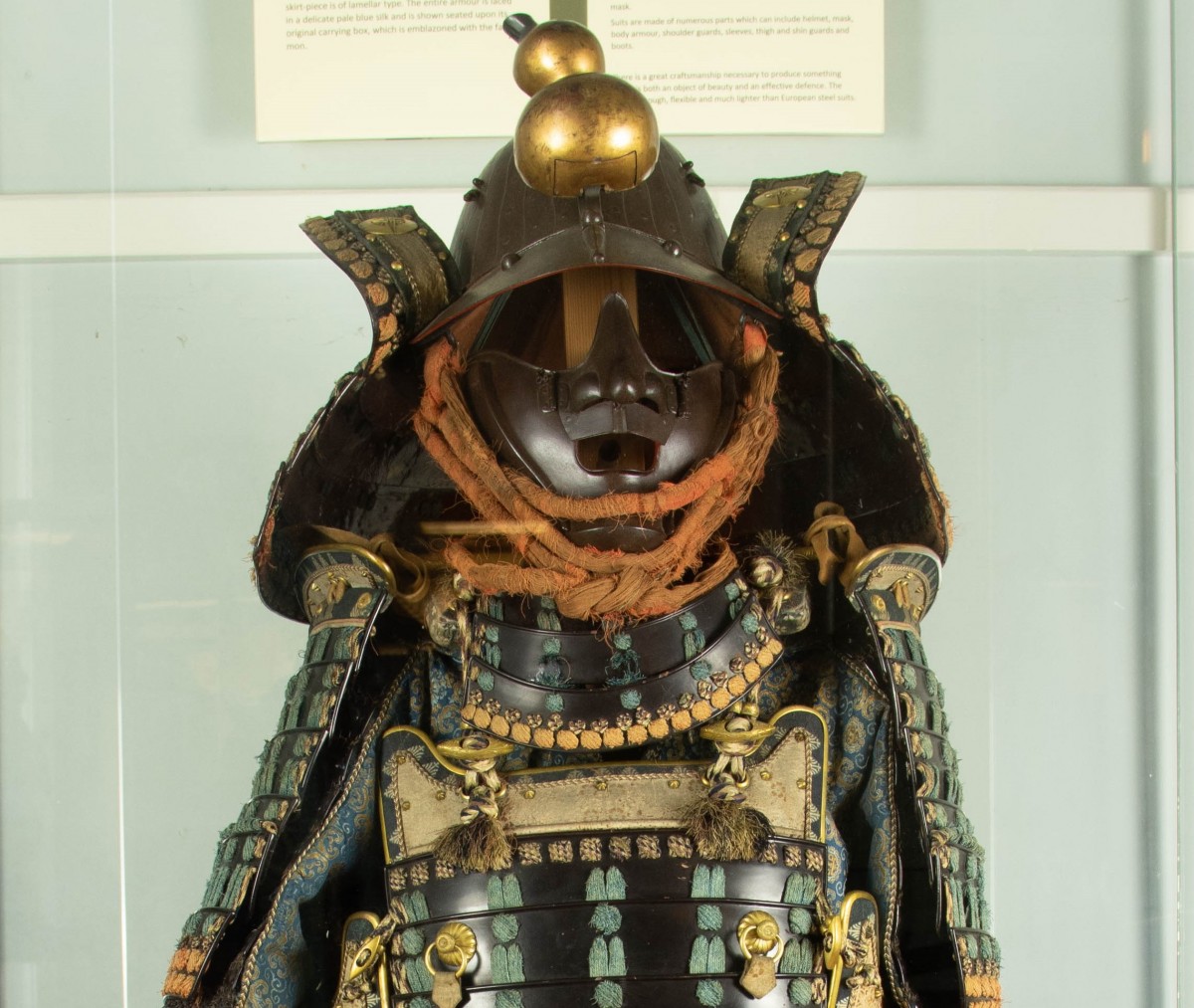 Around one hundred and fifty years ago, the daimyo (warlord) Okochi Masatada (1844 – 1901) wore this armour. Today, it stands guard in our Japanese Room at the Castle, surrounded by other works of art which were all collected by Denys Eyre Bower. It is one of a group of suits of armour, helmets, and menpo (face masks) that Denys collected, due to his fascination with the samurai warriors of Japan and their weapons. The physical and mental discipline of the samurai, as well as their skilfully crafted armour, has captured imaginations for hundreds of years.

The style of this suit of armour is known as Mogami after the area in which it originated. A Mogami breastplate is made of pieces of lacquered iron linked together with silk cords. It is a style that developed in the fifteenth century as a new and quicker way of making armour. Before this period, samurai breastplates were more commonly made of larger plates of metal connected at the sides. The Mogami style of armour, as well as being easier to make, is more flexible. At first Mogami armour was seen as a style only worn by low-ranking warriors or foot soldiers, but after a few decades the aristocratic samurai warriors appear to have realised that it was a more practical armour style that could be produced more quickly and efficiently. The 15th century was a time when samurai rulers of different areas of Japan were fighting one another to gain power and land. In particular the Onin war of 1467 – 77 divided the country into warring states. Armour was produced on a mass scale during this period for the samurai warriors and their armies. The print below depicts a group of ‘brave warriors’ dressing in their Mogami style armour.

In the Edo period (17th – 19th centuries) when this suit of armour was made, there was a revival of interest in the armour styles of the past. The Edo period was a time of peace, which came after three warlord rulers – Oda Nobunaga (1534 – 1582), Toyotomi Hideyoshi (1537 – 1598) and Tokugawa Ieyasu (1543 – 1616) – had unified the country under a central rule. The period is also known as the ‘Tokugawa’ period after the descendants of Tokugawa Ieyasu who ruled the land. The samurai no longer needed to fight in large battles, and the merchant class was starting to take over in terms of wealth and importance in society. A renewed interest in the armour styles of famous heroes of historical battles was perhaps a way for the samurai to maintain their image of status and power in a peaceful Japan. During the Edo period, armour was primarily worn by samurai for ceremonies and for processions which showed off the power of the provincial warlords.

Okochi Masatada, the original owner of this suit of armour, was a member of the Okochi branch of the important Matsudaira samurai family. The crest of the family, which depicts three open fans, can be seen on the ‘turnbacks’ on either side of the helmet. 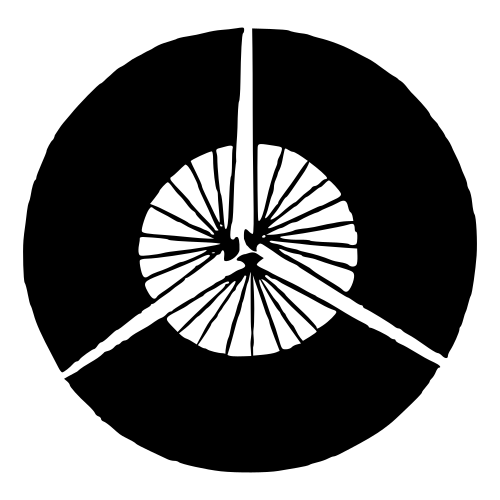 This crest or mon was first used in the 17th century by Masatada’s ancestor, Okochi Nobutsua. He used it to represent his house at the Shimabara rebellion of 1637 – 1638, which was an uprising against the Tokugawa family in protest of the oppression of Christianity and increased taxes. The maedate, or forehead decoration of the helmet is in the shape of a gourd and is made from wood with gold lacquer. It opens to reveal two compartments in which charms for protection or luck could be kept. The gourd is a traditional symbol of luck, longevity, and good health in Japan and China.