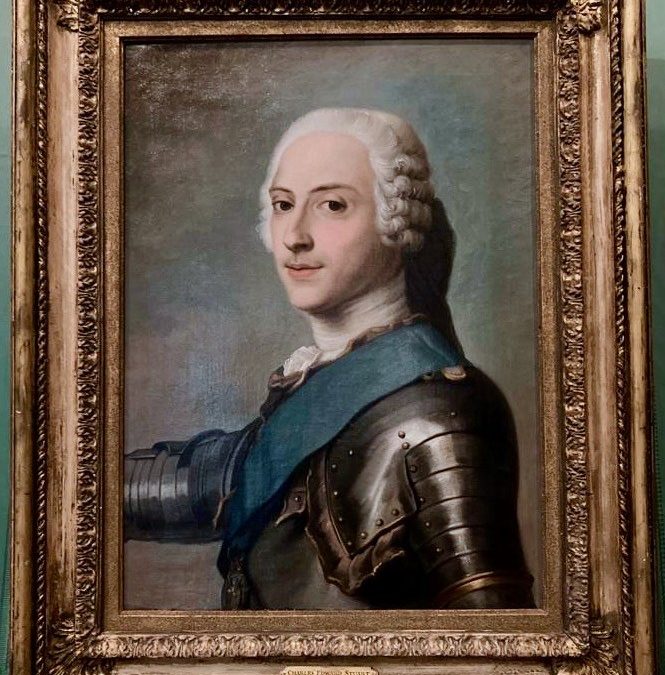 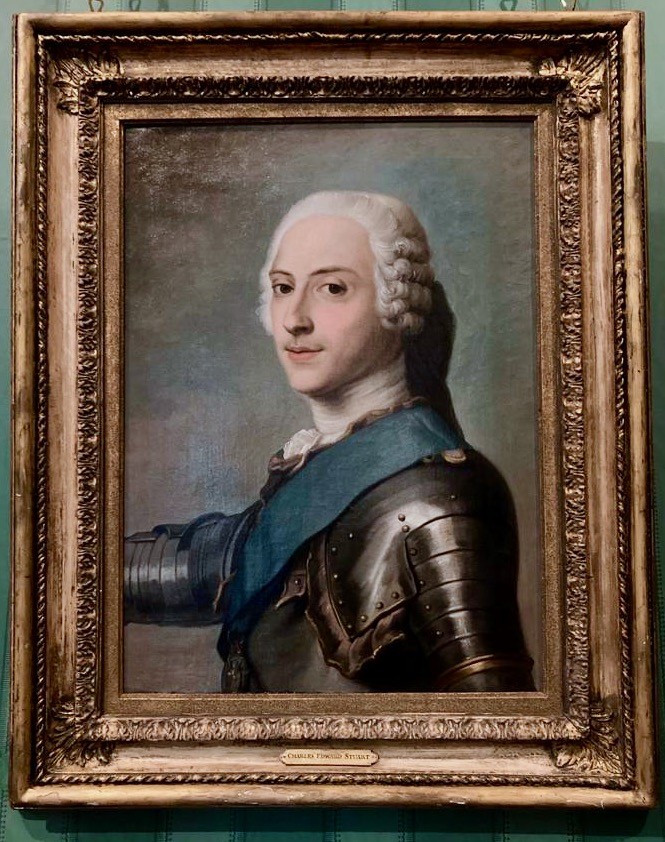 This painting was purchased by Denys Eyre Bower from Christie’s auction house on 13th April 1962. It was painted in the style of Maurice Quentin de La Tour, a renowned French portraitist who was most likely influenced by the successful pastel portraitist Rosalba Carriera. La Tour’s artwork was very popular amongst all levels of society and he quickly became one of the most imitated portraitists in France during the 18th Century. This picture can be viewed in this case above the mantlepiece in the Print Room, where Denys displayed his collection related to the Stuarts and Jacobites. The collection consists of papers, documents, letters, relics, and objects used by Jacobites to show their support through symbols or portraits related to the Stuarts. 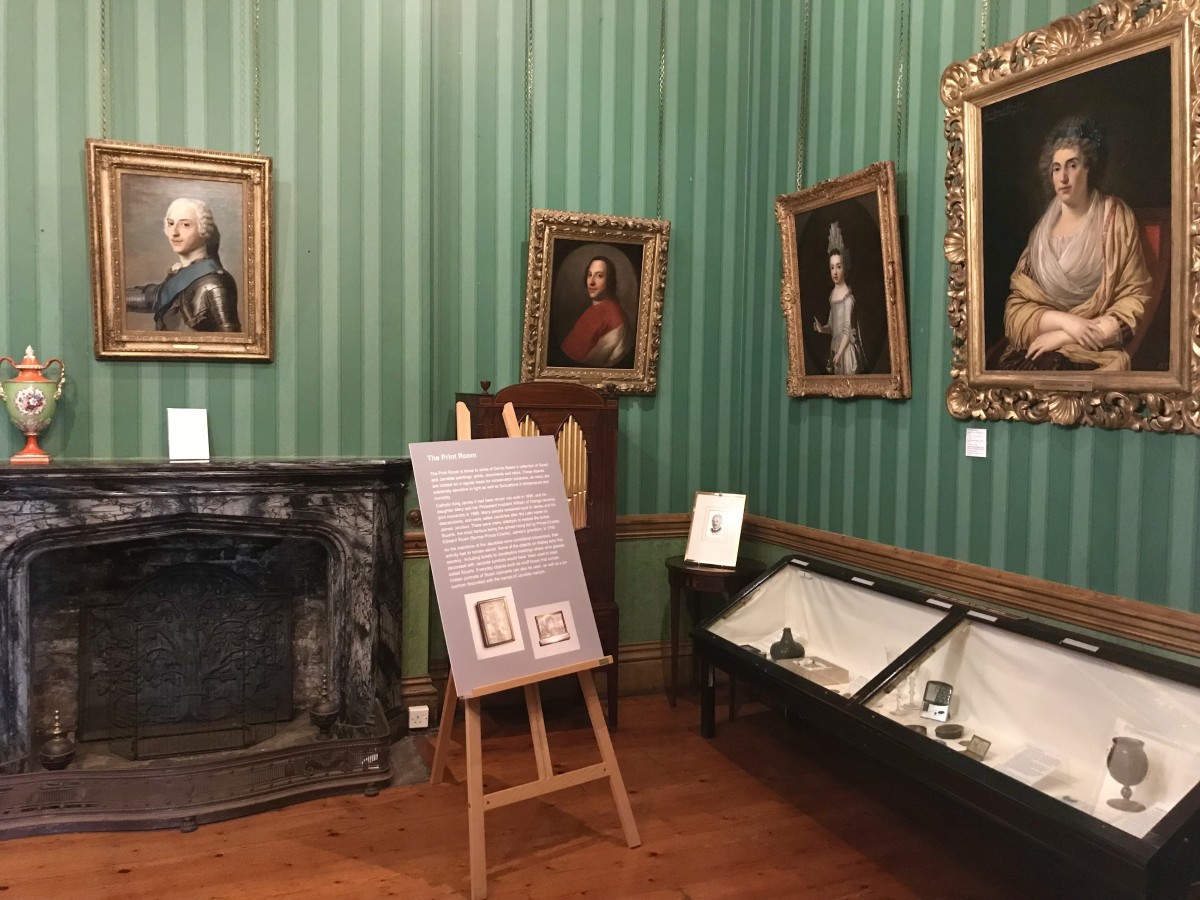 View of the Castle’s Print Room

It was originally thought that this painting depicted Charles Edward Stuart, or ‘Bonnie Prince Charlie’, the Stuart claimant to the throne after 1766 (the plaque on the bottom of the frame reads ‘Charles Edward Stuart’). However, in 2009, Dr Bendor Grovsenor - a prominent British art historian and writer - revealed that it is actually a portrait of his brother, Henry Benedict.

Henry Benedict was Cardinal of York. He had a successful career in the Church and, in 1744, went to France to support his brother, who was planning his 1745 uprising, hence the armour worn in this painting. The blue sash represents the Order of the Garter (the most senior order of knighthood in the British honours system). Furthermore, the sash was only allowed to be worn by the legitimate heir to the English throne, demonstrating how Henry Benedict Stuart, like his descendants before him, had been considered the rightful king in the eyes of the Jacobites. 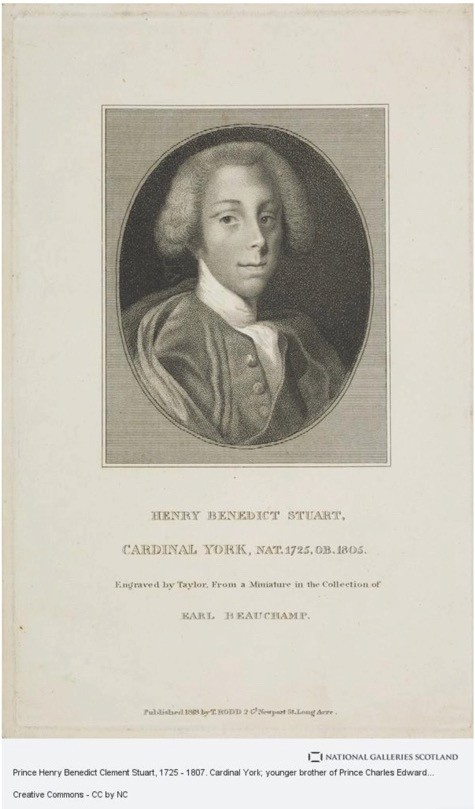 After the death of his brother, Henry Benedict Stuart became known as ‘Henry IX of England’ by the Jacobites. The term Jacobite refers to those who backed the Stuart King James II (who was exiled) and his descendants after the Glorious Revolution. They garnered much support from people across Scotland, Wales and Ireland for both dynastic and religious reasons; for example, Scottish Jacobites supported Charles Edward Stuart when he made the last attempt by the Stuart family to march on London in 1745. 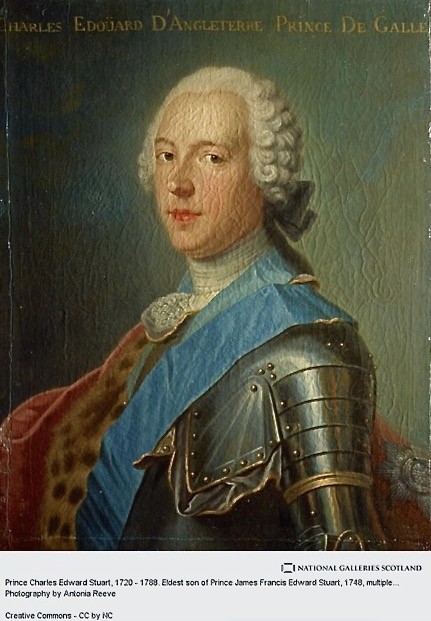 Denys most likely thought he had bought an original painting, which demonstrates how it is clearly a very skilful copy. The original painting of Henry Benedict Stuart can be seen in the National Galleries of Scotland. 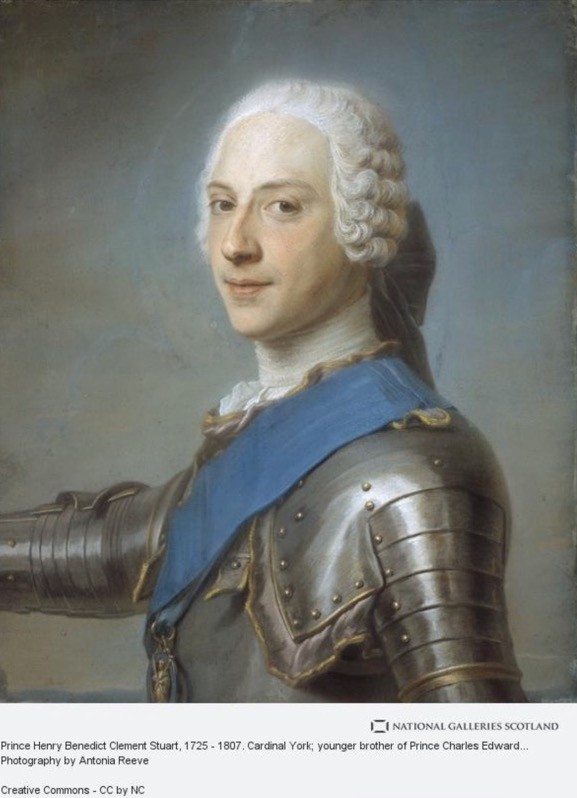