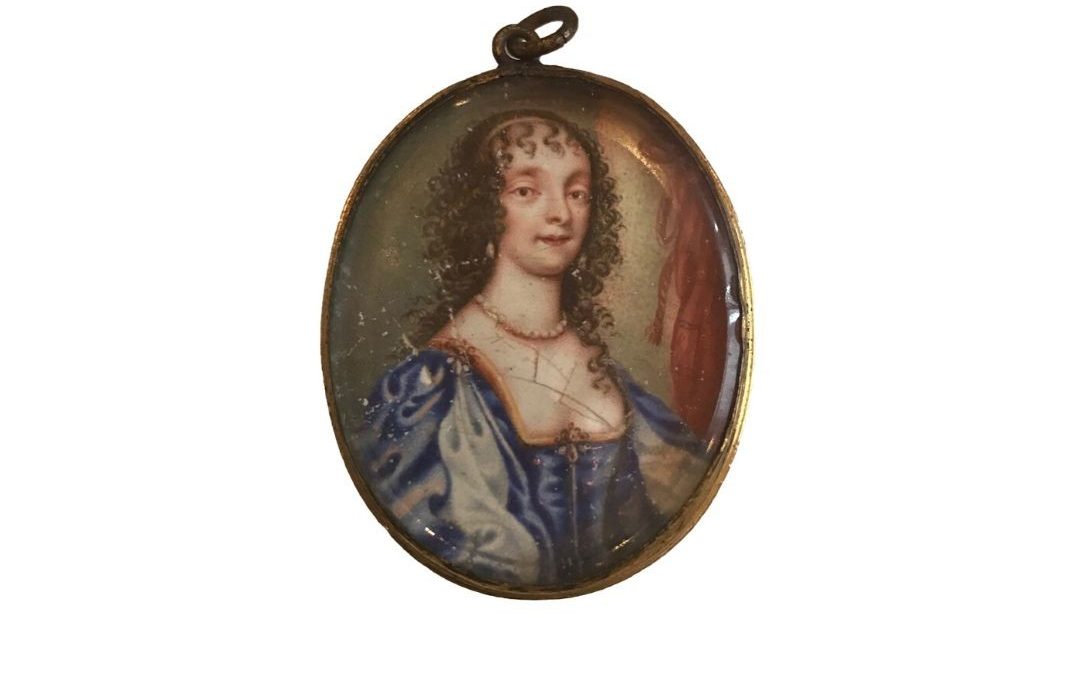 There are a number of portrait miniatures of Stuart royal family members in Denys Eyre Bower’s collection. Denys was fascinated by the Stuart family and the 1745 rebellion of ‘Bonny Prince Charlie’, or Charles Edward Stuart, who tried to take back the throne of England for his family. Portrait miniatures were used to spread impressive images of the Stuart family and to promote support for them. This miniature is interesting as it is a rare image of Lucy Walter - one of the mistresses of King Charles II and the mother of the Duke of Monmouth. The Duke was executed for attempting to take the throne from Charles II’s brother and successor, James, because he claimed that he was Charles II’s rightful heir rather than his illegitimate son. There is an important letter in Chiddingstone Castle’s collection from the Duke of Monmouth to James II, pleading for his life on the eve of his execution. It can be seen in the Castle’s ‘Print Room’ along with the other Stuart and Jacobite (the supporters of the Stuarts) objects that Denys collected. 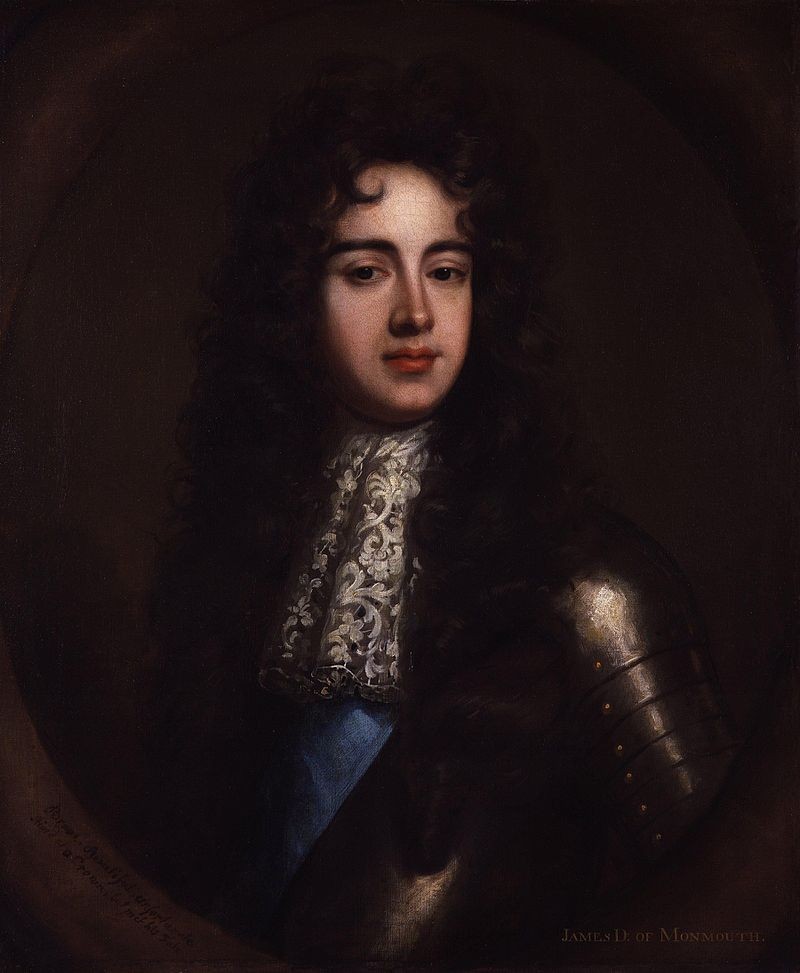 Duke of Monmouth and Buccleuch, oil on canvas, William Wissling, 1683

Charles II was married to Catherine of Braganza but did not have any children with her. Instead he had around twelve children with his various mistresses. Lucy Walter was born into an upper middle class Welsh family in 1630. In 1648 she was living in the Netherlands, where she used her connections to meet Charles II. She became his first mistress and gave birth to their son James a year later in 1649, who became the Duke of Monmouth. In 1651, after Charles II was defeated by parliamentary forces at the Battle of Worcester, he told Lucy that their relationship was over. He did continue to support her however and she lived with his mother and sister. 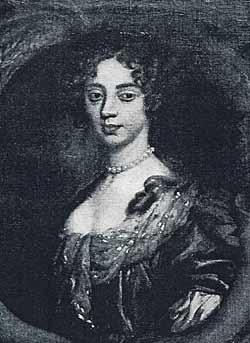 Lucy Walter was described as beautiful and bold, but ‘insipid’ or dull in the diary of John Evelyn, a writer who met the King in 1649. There was a rumour that Charles II had actually married her and that the marriage certificate was kept safely hidden in a ‘black box’. This marriage would have made the Duke of Monmouth his rightful heir, but no proof was actually ever found and Charles II denied this claim. Lucy Walter’s life ended sadly – after an attempted kidnapping her son was taken away from her. She became the mistress to another man but was abandoned, and she ended up becoming ill and dying at a young age.

This tiny portrait portrays Lucy Walter as an elegant lady in rich clothing. It is decorated on the back with a colourful still life with flowers. In the original label handwritten by Denys, he described it as an ‘enamel miniature in brilliant colours of Lucy Walters’. Portrait miniatures painted in enamel were fashionable in the first half of the 18th century. Enamel paints do not fade as easily as watercolours and a high level of technical and artistic skill was required to use them for a portrait. Portrait miniatures were often worn as lockets or bracelets, and the size of this Lucy Walter portrait suggests this original purpose. They were worn both as keepsakes of loved ones and to show support or admiration for public figures. 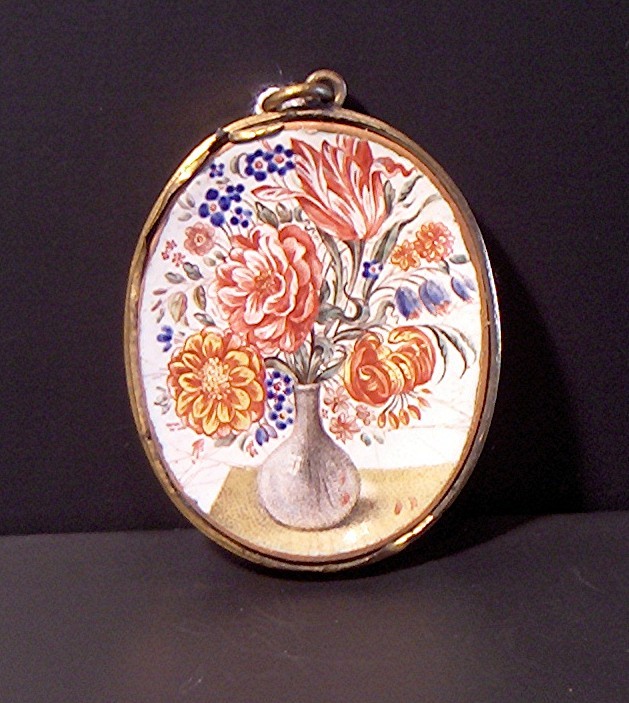 Reverse side of Lucy Walter portrait miniature with a still life, Chiddingstone Castle, museum no. 01.3262