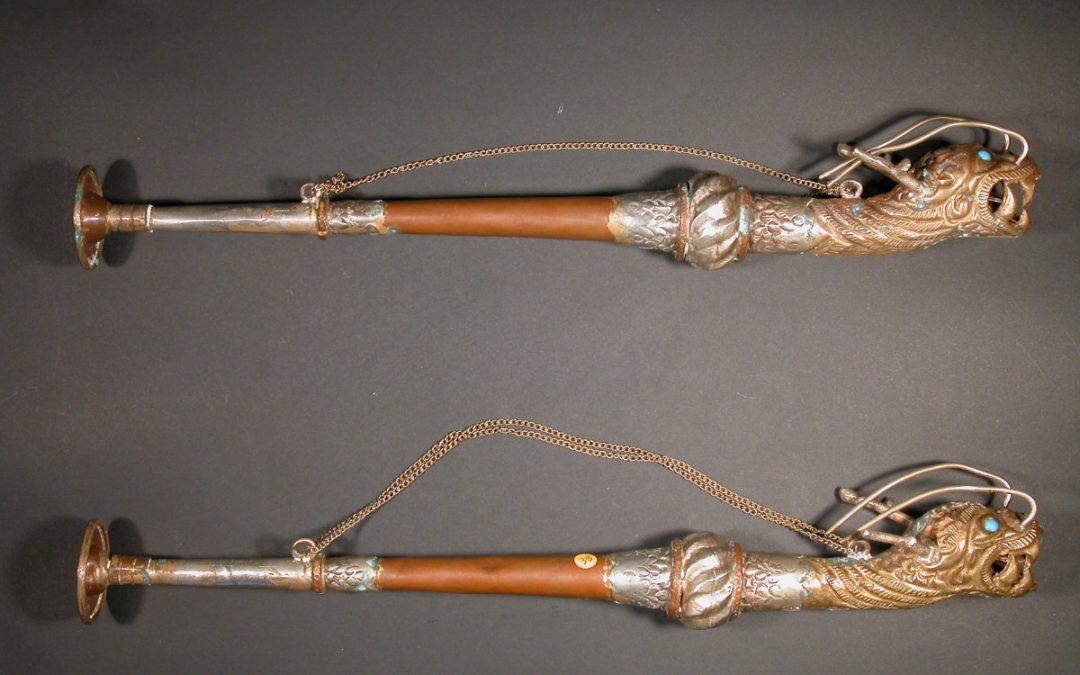 Our Object of the Month for March is this pair of small trumpets from the Buddhist collection. Made from brass, copper, and silver, they have a mouthpiece at one end and the carved and incised head is modelled in the form of a hiti manga, or mythical beast. They are instruments made in Nepal in the 20th century, which are often used in Buddhist ritual. The hiti manga, also known as the Makara, is a sea creature or dragon. It is said to be made up of many different animals including the elephant, deer, crocodile, fish, and peacock. The hiti manga is associated with water and rain and is considered to be a guardian. Carvings and depictions of hiti manga can be seen in Hindu and Buddhist temples and sacred sites. Traditional Nepali water spouts are carved in the form of a hiti manga. 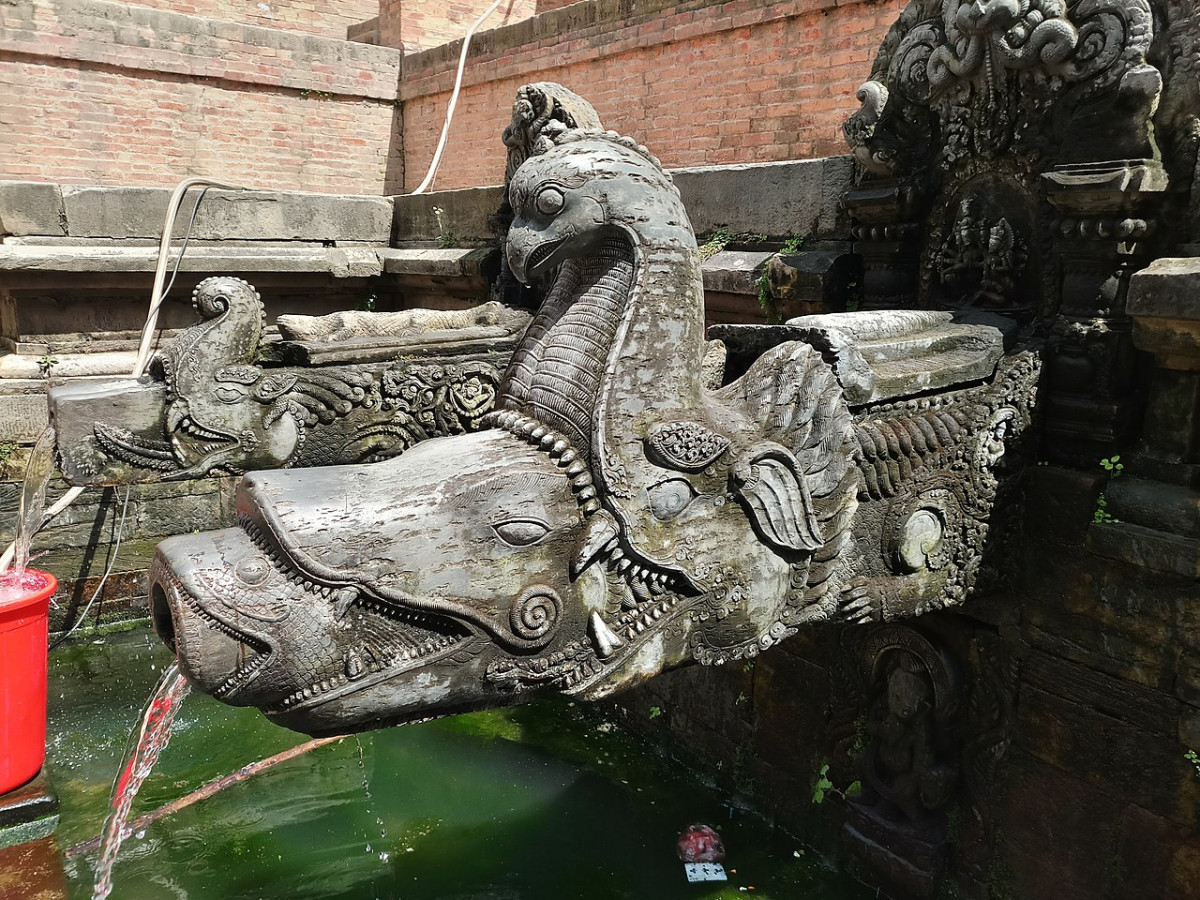 A water spout in the shape of a hiti manga at Patan Durbar Square, Nepal, by Shadow Ayush - Own work, CC BY-SA 4.0

These trumpets were made by Newari craftsmen in the Kathmandu valley. In Newari, the word ‘hiti’ means water spout and ‘manga’ means crocodile. The choice of the hiti manga shape for the trumpets comes from the belief that their sound is similar to the pouring of water from a traditional water spout.

These trumpets may have been made for the Tibetan Buddhist market. Inlaid stones, in particular turquoise like the ones used for the eyes of these hiti manga, were commonly used to decorate sacred statues, shrines, and ritual implements made in this area. During the 20th century, Newari sculptors created images and other sacred objects not only for temples and monasteries in Nepal, but also in India, Tibet, Bhutan, Mongolia, Japan, and Taiwan. Many Tibetan Buddhist images and ritual implements were made in Nepal. 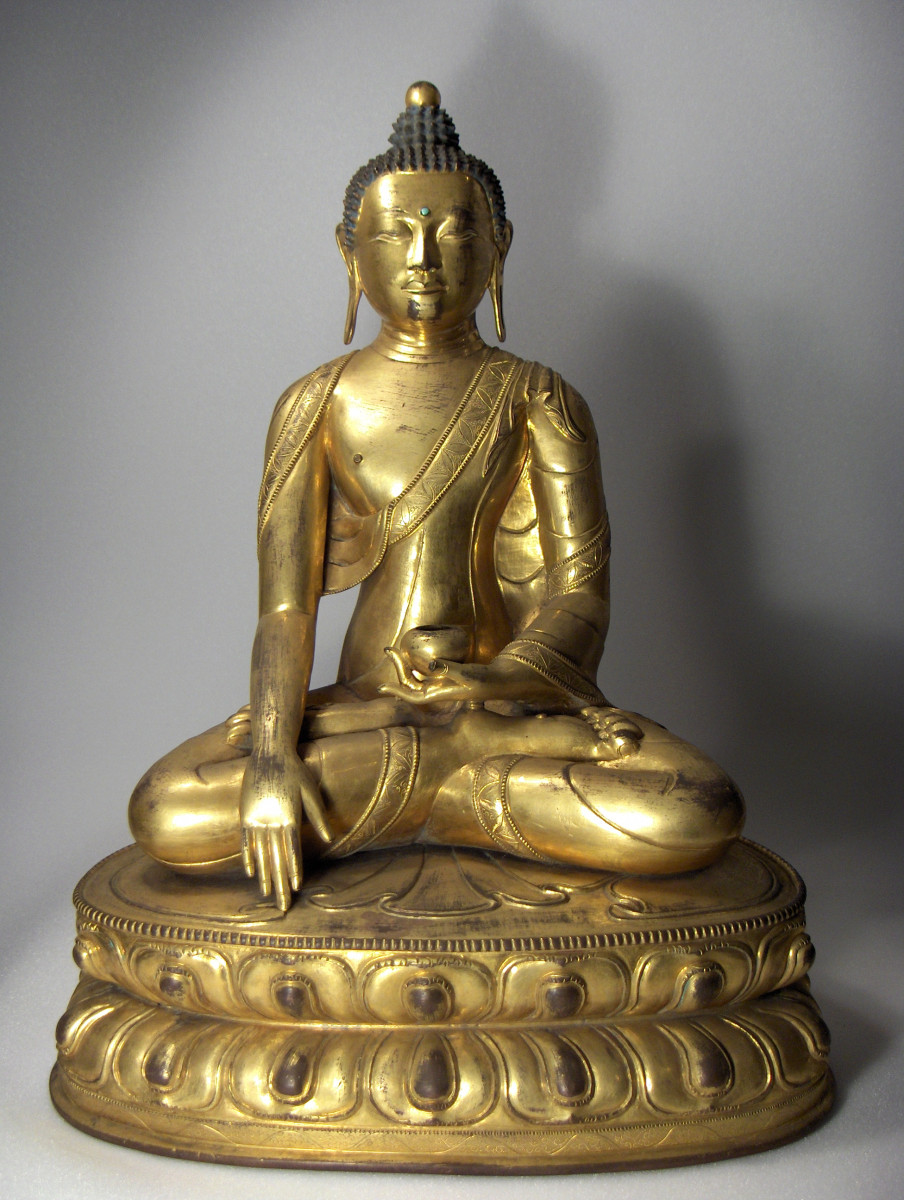 Objects and artworks made in the 20th century used to be dismissed by collectors, but Denys Eyre Bower had an eye for objects which were high quality and well crafted, even if they weren’t very popular at the time. He collected Buddhist and Asian objects which he found to be visually interesting and skilfully made. Although Denys identified as a Buddhist, his friends described him as not being a particularly ‘serious’ Buddhist. He seemed to be more interested in how the objects in his collection looked than their meaning or original use. 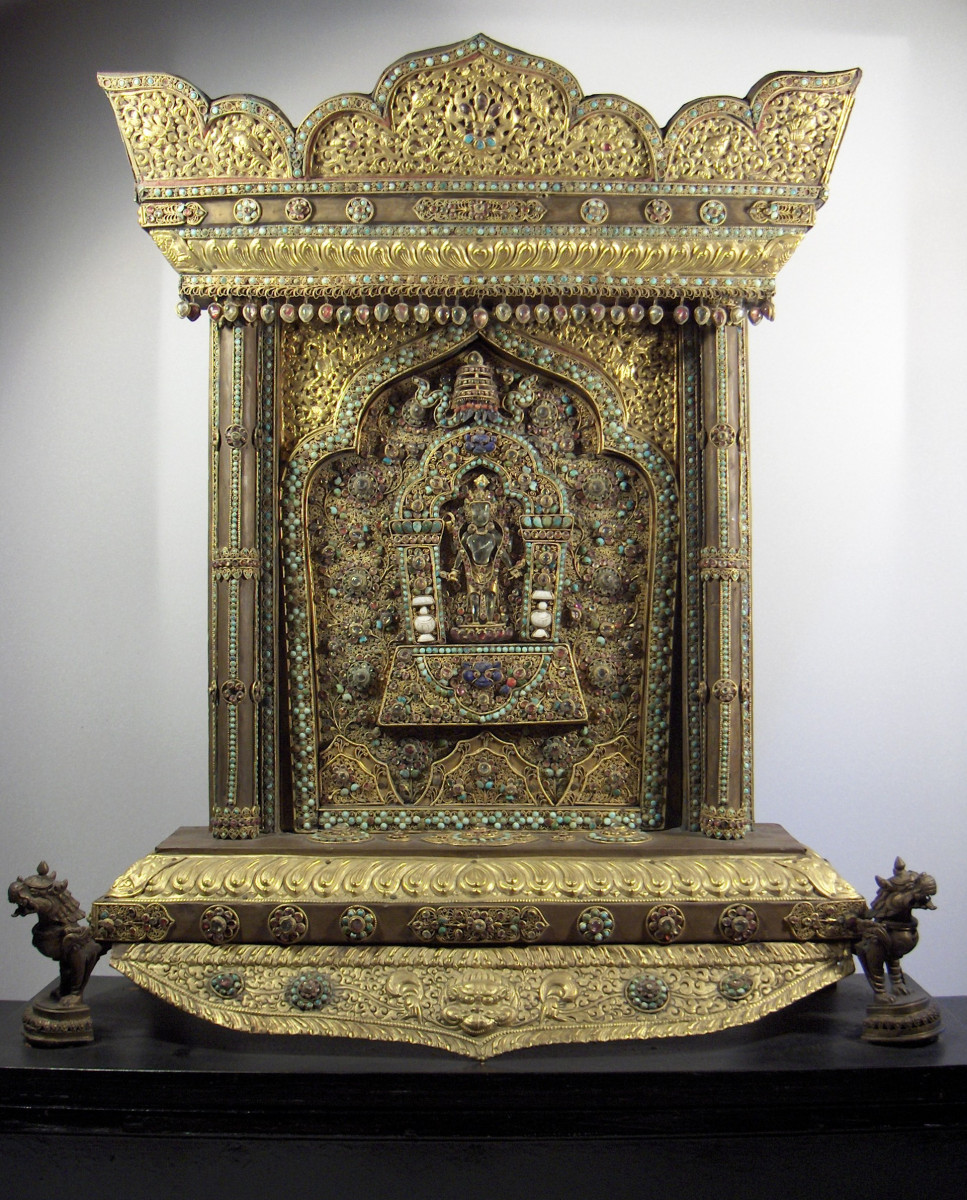 The hiti manga trumpets are related to the Tibetan thigh bone trumpet, rkangling. The main body of the trumpet would be made from a thigh bone, for example of a Lama or important Buddhist monk. Bones are considered a reminder that all things must perish and we therefore shouldn’t be attached to the physical realm - a key Buddhist concept.

These instruments play an important part in Buddhist ritual and dance in Nepal and Tibet. A single trumpet would be used along with a drum for the ritual Chöd, or ‘cutting through the ego’. The sound of the trumpet represents fearlessness. It symbolises the dispelling of obstacles to achieving enlightenment (a state of peace, free from suffering or the endless cycle of rebirth), such as attachment and ego. A pair of hiti manga trumpets, like our Object of the Month, would announce the entry of a ritual dancer, and would be used in rituals related to fierce wrathful deities. The sound of the rkangling in the photograph below, which is in the Metropolitan Museum collection, can be heard via this link - Rkangling | Tibetan | The Metropolitan Museum of Art (metmuseum.org) 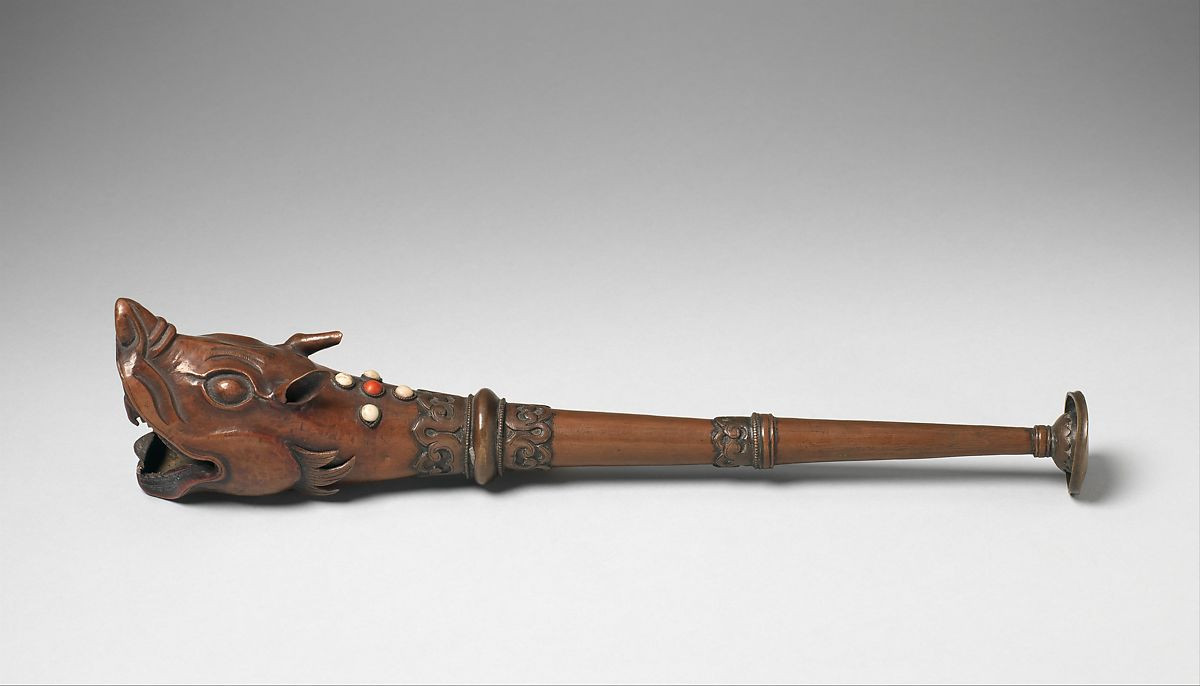 With thanks to Ram Prasad Kadel, Director of the Music Museum of Nepal for providing information about hiti manga instruments.