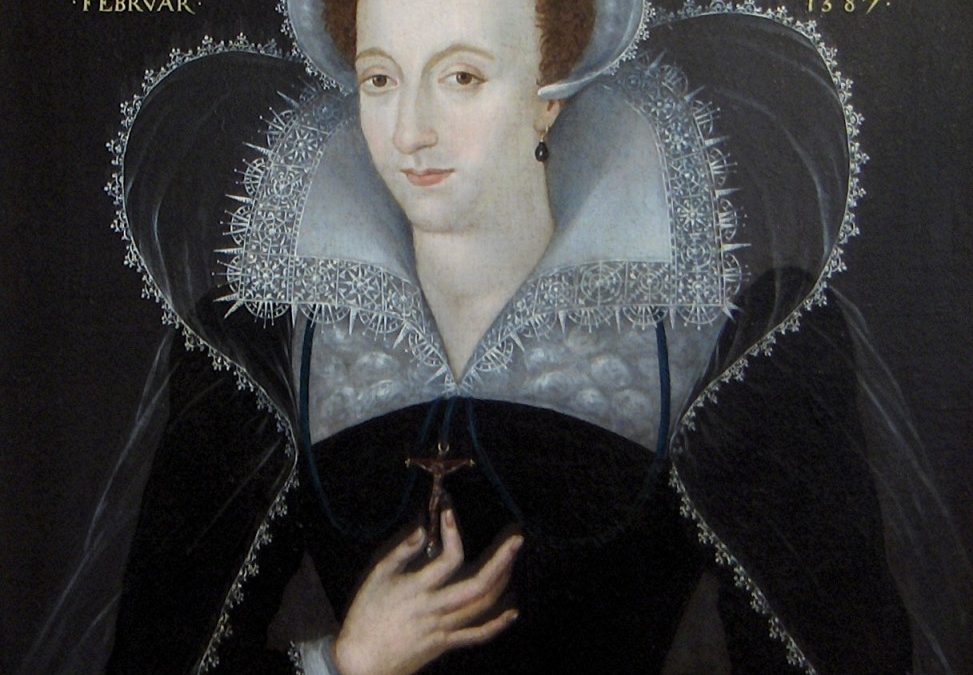 In the style of Nicholas Hilliard
c. 1587
Oil on Canvas

Our Object of the Month unravels the famous story of treason, plot, and martyrdom committed by Mary Stuart, otherwise known as Mary, Queen of Scots. It is a traditional oil-on-canvas piece. The portrait was purchased by Denys Eyre Bower at Sotheby’s, date of purchase unknown. It is one of the first paintings that visitors to Chiddingstone Castle will encounter, situated next to the door inside the White Rose Room as you enter from the North Hall. This piece was loaned in 2006 to Eton College for an exhibition on Stuart England. 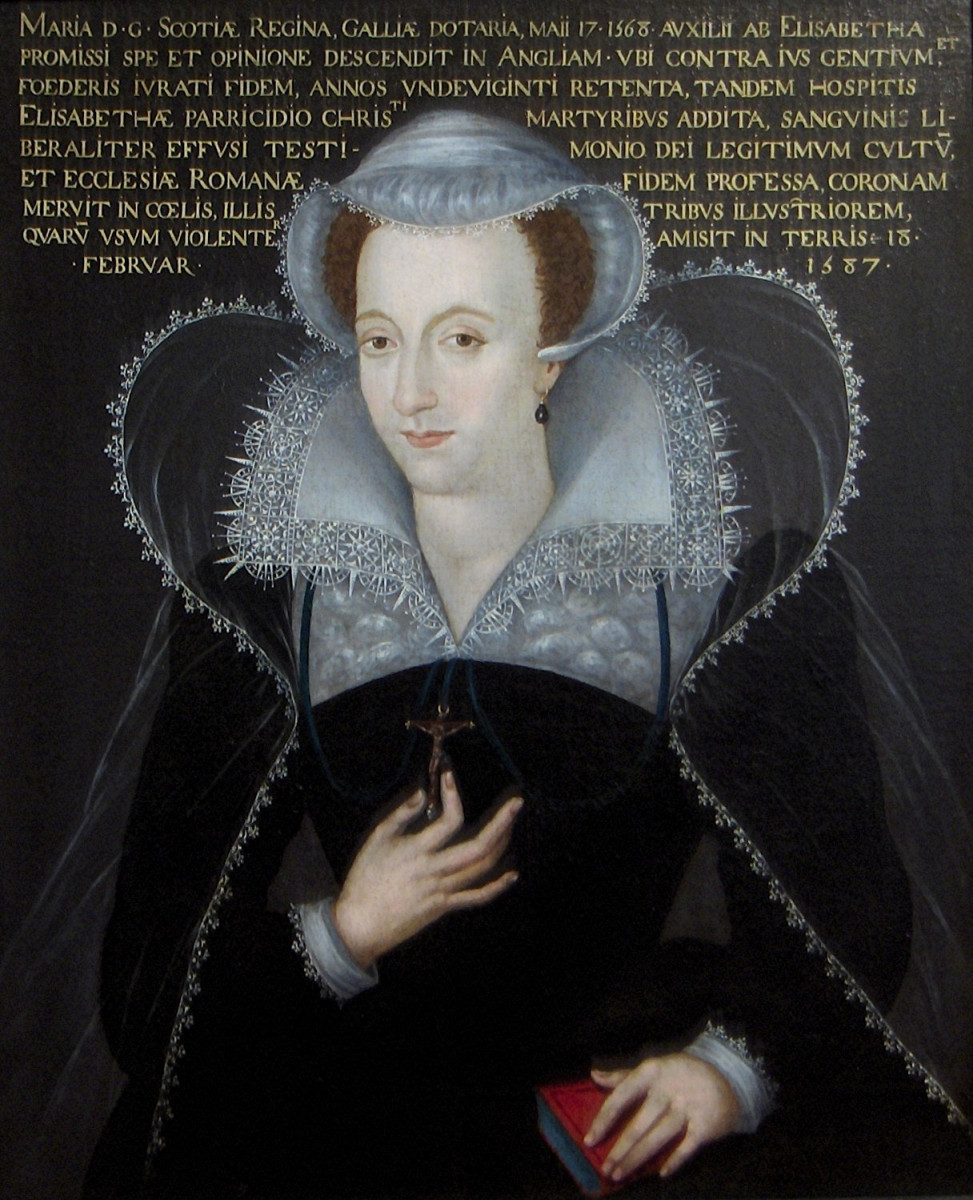 Contemporaries have accounted for Mary Stuart’s beauty, grace, charm, and wit. Most portraits of Mary were commissioned during her teenage years by the French Royal Family. Few portraitists were patronised by Mary. Instead, her patronage in Scotland often went to musicians and poets. Mary’s stance on portraiture and image changed however, following her captivity in England from 16th May 1568, realising the importance of image to propaganda and gaining supporters. The result of Mary’s change in attitude led to the creation of a few miniature portraits, most notably a miniature of Mary by Nicholas Hilliard c. 1578. It was this portrait of Mary that became a model for most images of her, including our portrait of Mary Stuart here at Chiddingstone Castle. 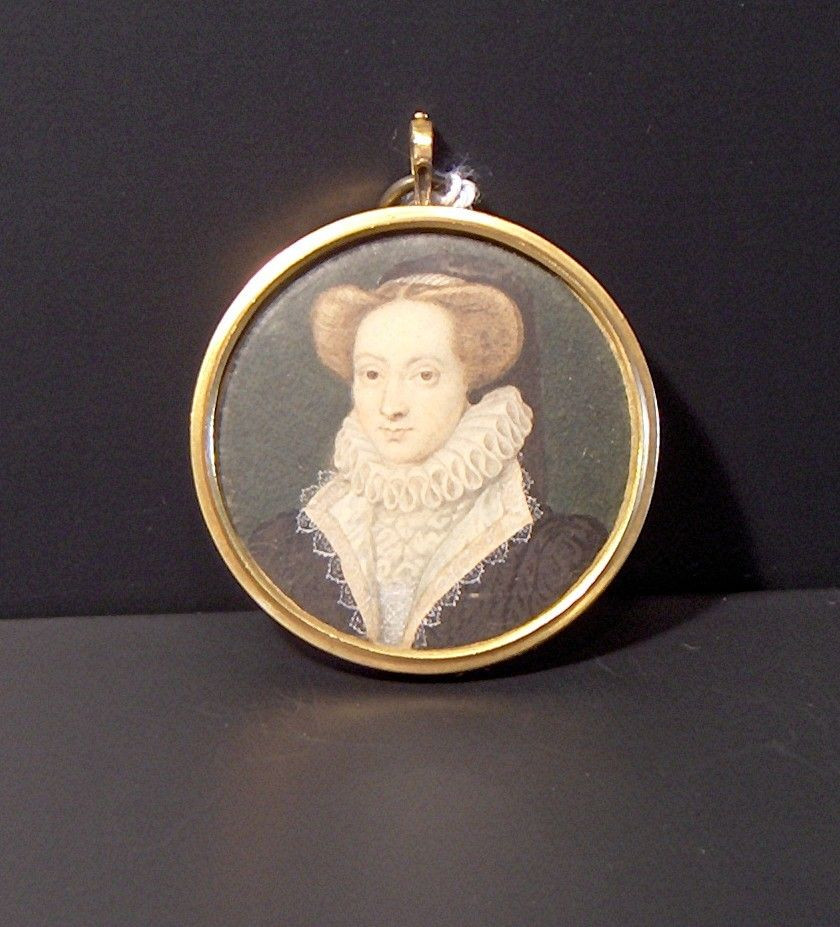 Chiddingstone Castle’s portrait depicts Mary as a young widow wearing ‘white mourning’ attire following the death of her husband in December 1560. Following Francois’s death, Mary was forced to leave France by Catherine de Medici so that Catherine could secure the throne of France for her own children.

Also featuring in this portrait is a Latin inscription written during the time that Mary Stuart was considered a Catholic martyr. In September 1585, Elizabeth I of England appointed a commission to investigate the involvement of Mary Stuart in several plots that sought to remove her from the throne and install Mary as a Catholic Queen of England. In 1586, following a two-day trial, Mary was convicted of plotting the assassination, despite having defended herself with sharp skill and decorum.

It wasn’t until 1st February 1587 that Elizabeth I could be persuaded by her counsellors to sign the death warrant for Mary’s execution. 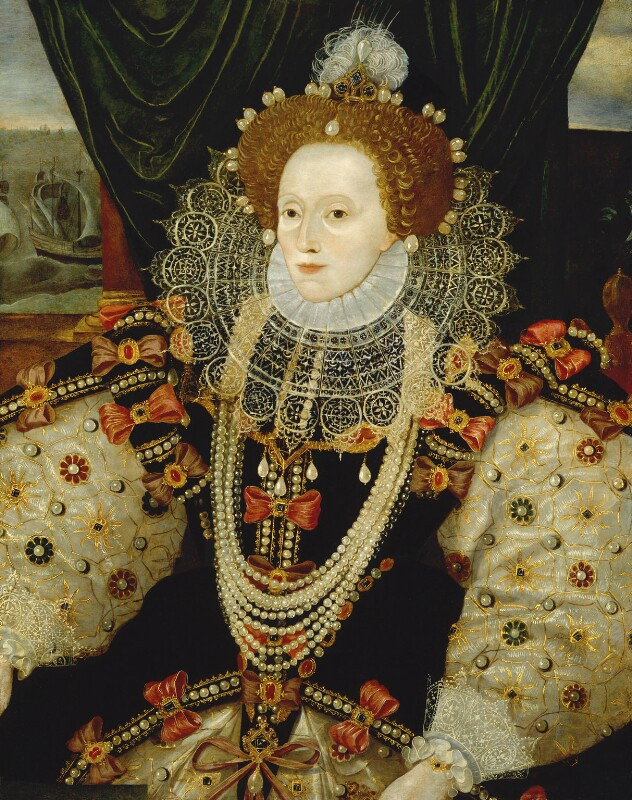 Mary, Queen of Scots was executed on the morning of the 8th February 1587. Mary’s death sparked huge protest against Elizabeth I from Catholics in Europe, who largely viewed Mary as a martyr for her faith. The inscription included in the Mary Stuart portrait here at Chiddingstone Castle reads:

‘Mary, by the Grace of God, Queen of Scotland and Dowager of France, on May 17, 1568, came down into England under hope and public estimation of help promised by Elizabeth, where, contrary to the law of nations and to the faith of a sworn treaty, after being detained for nineteen years, at length by the parricidal crime of her hostess Elizabeth, being added to the company of martyrs by the testimony of her blood really shed, having made profession of the form of worship and of the faith of the Roman Church, she earned a crown in heaven more glorious than those three the enjoyment of which she lost on 18 February 1587’. 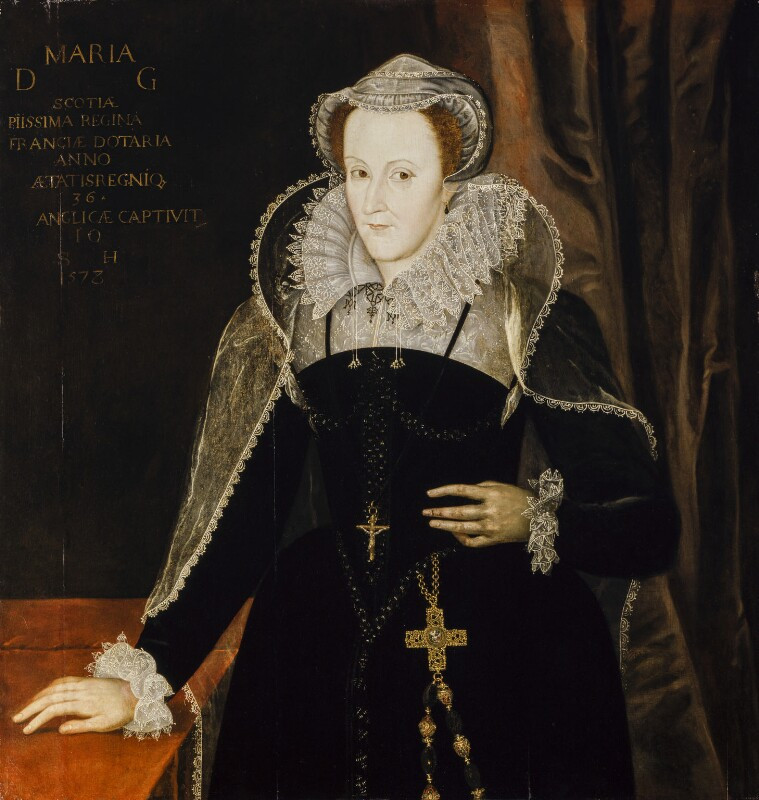 Nicholas Hilliard, whose style is reflected in our Object of the Month portrait, was a talented gentleman–artist. He is widely considered to have been the favoured individual accounted for in a draft Royal Proclamation from 1563. This Proclamation sought to ban all-but-one approved artist from capturing the image of Queen Elizabeth I, following a series of portraits of Elizabeth considered to be less than flattering. This Royal Proclamation was never legislated, but the fame and popularity of Hilliard’s work continued and his works are admired by many to this day.

Hilliard also went on to publish A Treatise on the Arte of Limning (c.1600) in which he outlined who should become portraitists and how they should go about their learning and craft. 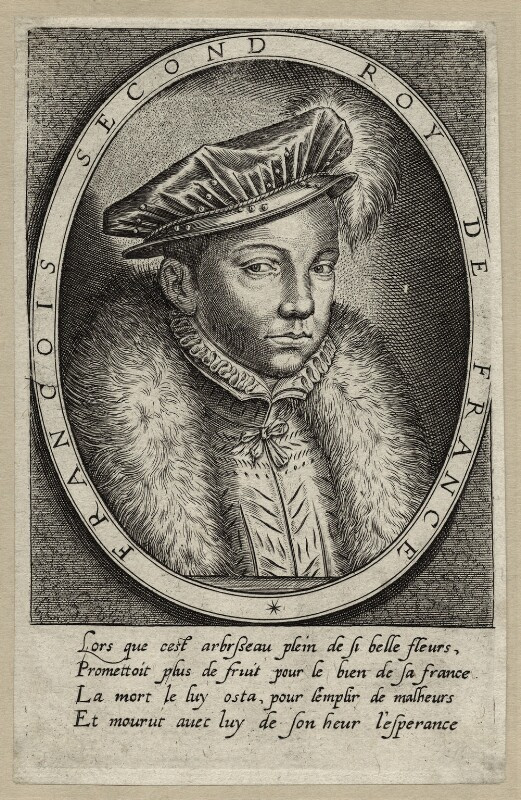 Born in Linlithgow Palace on the 8th December 1542, Mary was the only surviving child of King James V of Scotland (1512-1542) and Mary of Guise (1515-1560). Although details about Mary’s early life are sparse, it is generally agreed that her childhood was quite a disturbed one. Her father died on the 14th December 1542, only six days after her birth. Upon her father’s death, her accession to the throne was accepted and Mary Stuart was coronated on the 9th September 1543, aged only nine-months-old. Despite this, Mary was continually referred to by her contemporaries as ‘the Princess’ while the ‘Queen’s Grace’ remained associated with her mother. The coronation ceremony took place at the Chapel Royal in Stirling Castle, conducted by the Cardinal David Beaton, Archbishop of St. Andrew’s. While caring for Mary, now Queen of Scots, Mary’s mother used her influence, coupled with her mother’s French heritage, to strengthen the diplomatic links between Scotland and France.

Connections with France were strengthened, and the French provided much-needed military support to Scotland. This eventually led to the betrothal in marriage of Mary Stuart to the Dauphin (heir apparent) of France, later King Francois II of France (1544-1560). Mary and Francois were married on 24th April 1558 at Notre Dame Cathedral, Paris, thus making Francois the ‘king consort’ of Scotland. For much of her life after marriage, Mary stayed in France and received a courtly, rather than academic, education. Mary was taught Latin and French, although she received little education in written English or Scots. She communicated to educated individuals such as Queen Elizabeth I of England or Elizabeth’s Principal Secretary, William Cecil, in French. Mary was bilingual in both spoken French and English. Mary’s other skills are noted as including a good ear and talent for music, singing, dancing, needlework, and horsewomanship.

This month’s object was chosen, researched, and written about by our collections and estate management volunteer Luke Davis.