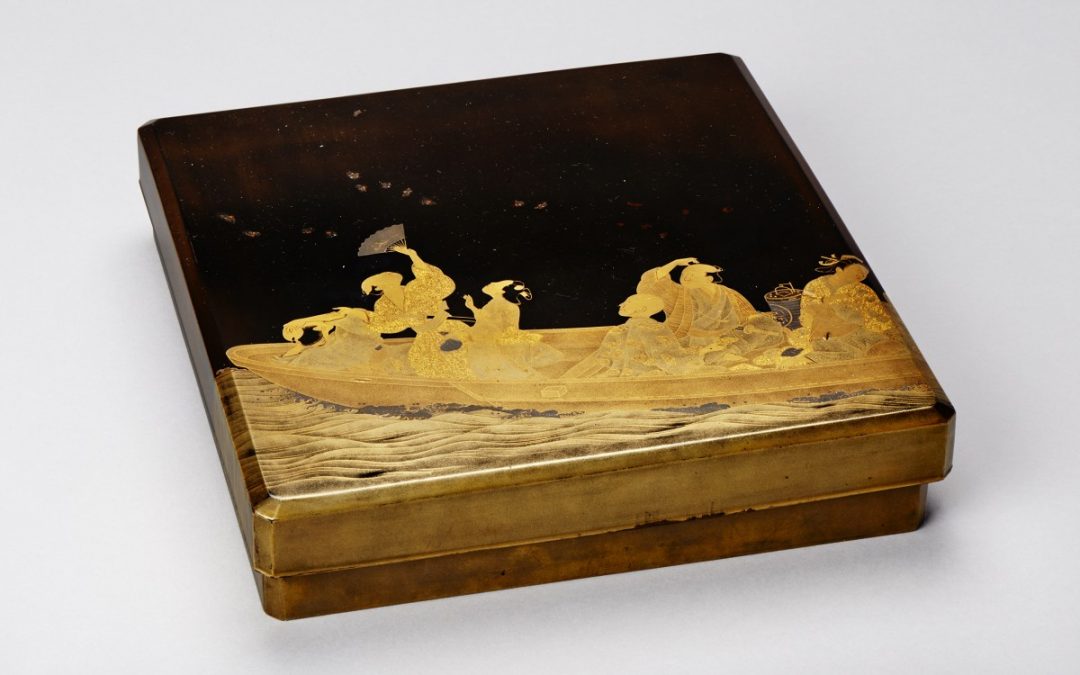 In celebration of our re-opening, our Object of the Month for August is this Japanese writing box decorated with a summer party scene. A group are having an evening picnic and drinking sake on a boat, whilst one of the men reaches up to wave at the gathering fireflies with his fan. This vibrant design was created in gold and silver lacquer on a black lacquer ground. 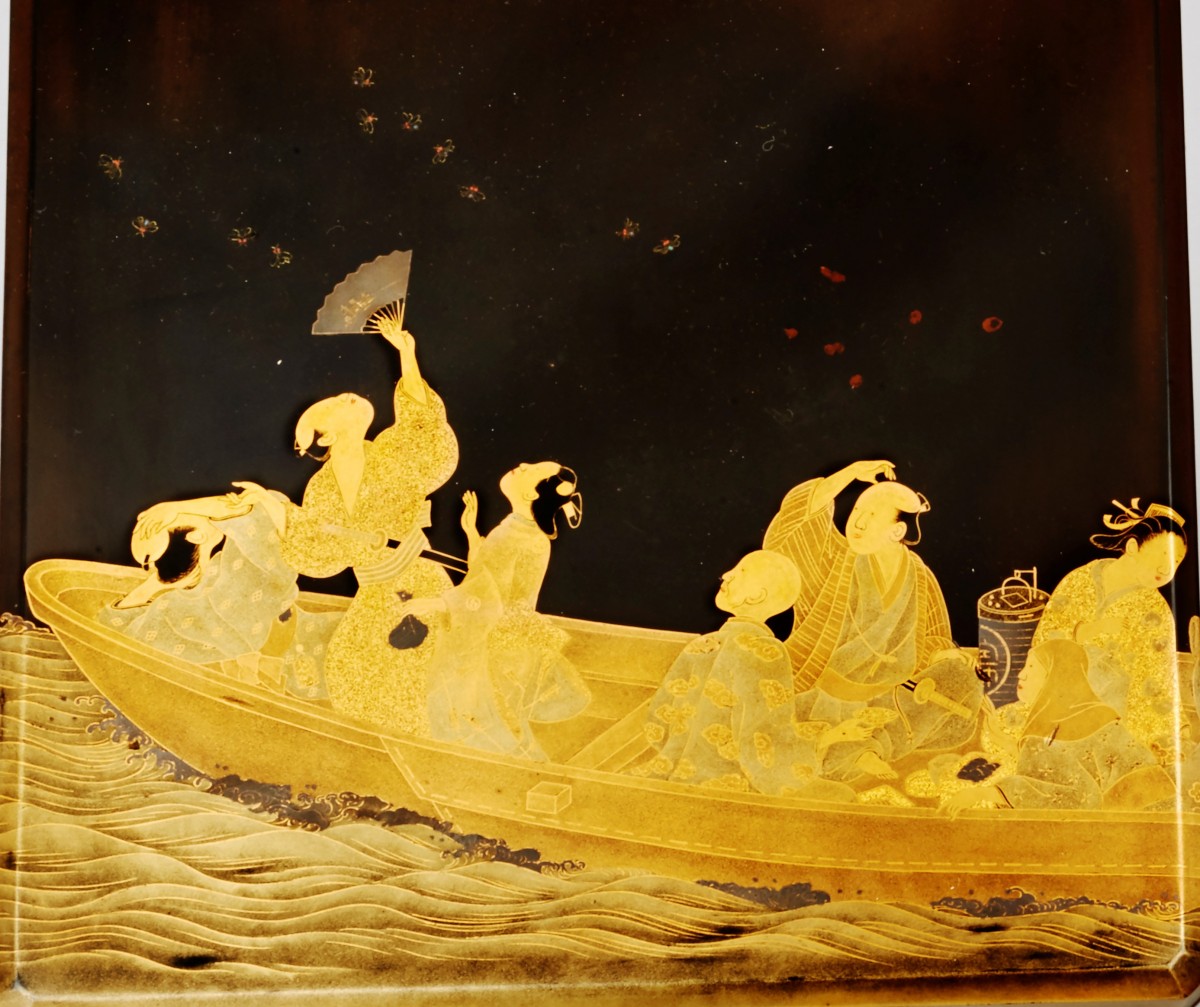 The writing box is decorated using the maki-e or ‘sprinkled picture’ lacquer technique. A craftsman would have painted many thin layers of lacquer (the treated sap of a certain tree native to East Asia) onto the wooden box. It was necessary to wait for each layer to dry and to prepare the surface before adding the next. The boat party would have been painted in wet lacquer onto the final layer, and then gold powder sprinkled onto it. The excess gold powder would have been brushed away, leaving the final design. Further details would have been added using small pieces of cut gold foil or other metal powders. 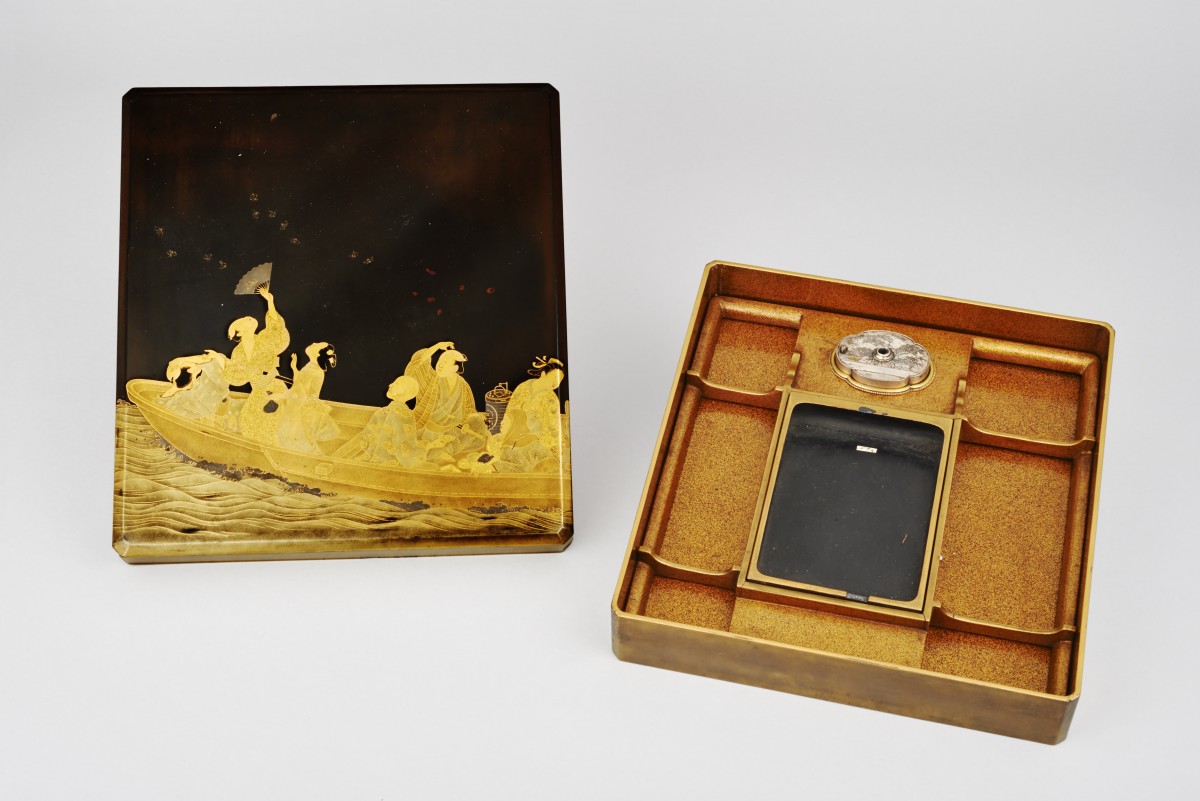 This writing box contains a removable silver water dropper and an ink stone. The water dropper is carved with a design of bamboo and pine. Bamboo, pine, and plum blossom were known as the ‘three friends of winter’. These plants were associated with scholars, making them appropriate motifs for a writing box. The dropper would have been used to add water to the black ink stone in the middle of the box. An ink stick would have been ground onto it to make ink. Traditionally, Japanese was written with a brush and ink. Writing was also considered an artform – scrolls with the calligraphy of a famous artist or important figure were often hung in the alcove of a study or tea house. 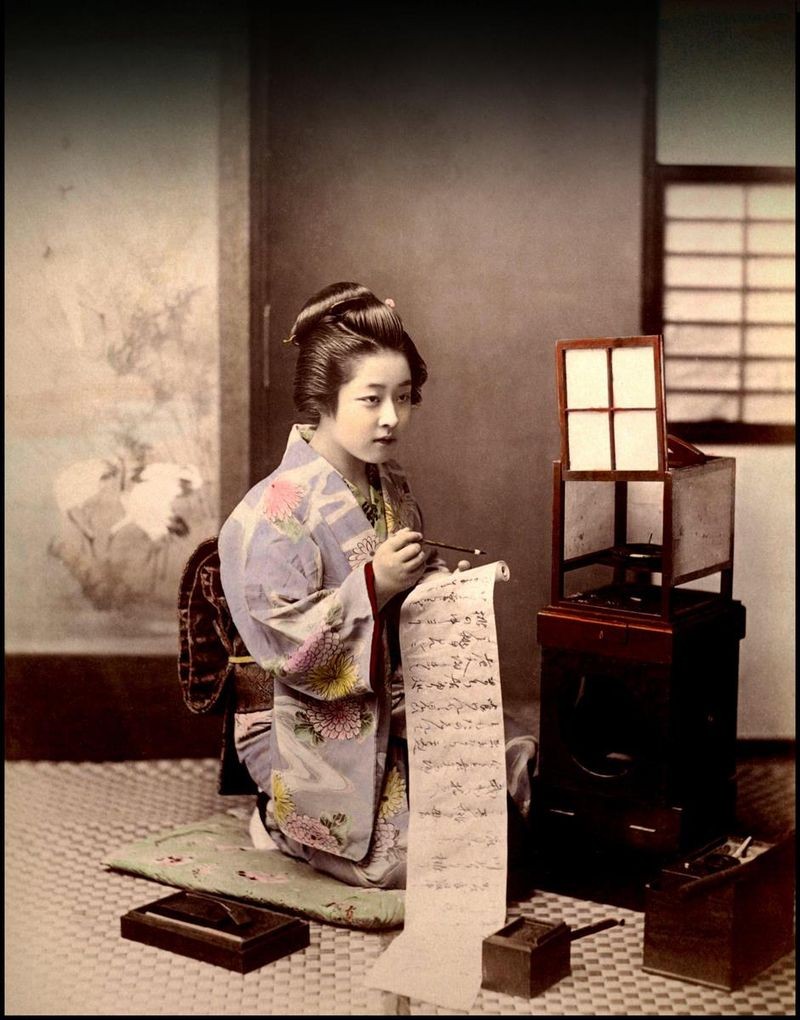 Hand-tinted photograph of a girl writing a letter with a writing box next to her, late 19th or early 20th century

During the 19th century in Japan, it became common for lacquer artists to copy designs from popular woodblock prints. In particular prints by the artist Nishikawa Sukenobu (1671 – 1751) were used. The design on this writing box was taken from one of his illustrated books, the Ehon Makuzugahara, published in 1759. There is another lacquer box in the V&A museum with the same boat party scene. 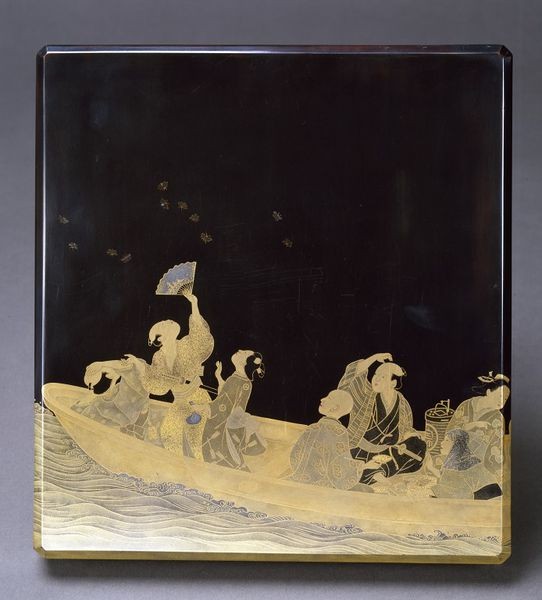 Nishikawa Sukenobu was famous for his prints of bijin (beautiful women), scenes from daily life, and historical tales. He produced over a hundred illustrated books, including kimono (traditional Japanese clothing) design books and he was known for depicting fashionable kimono. The print below was the inspiration for the design on our writing box. The box is now on display along with other objects which have been brought out from storage in our Japanese Room. 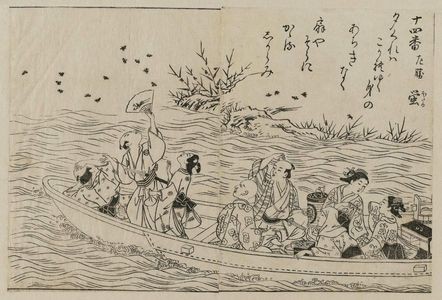