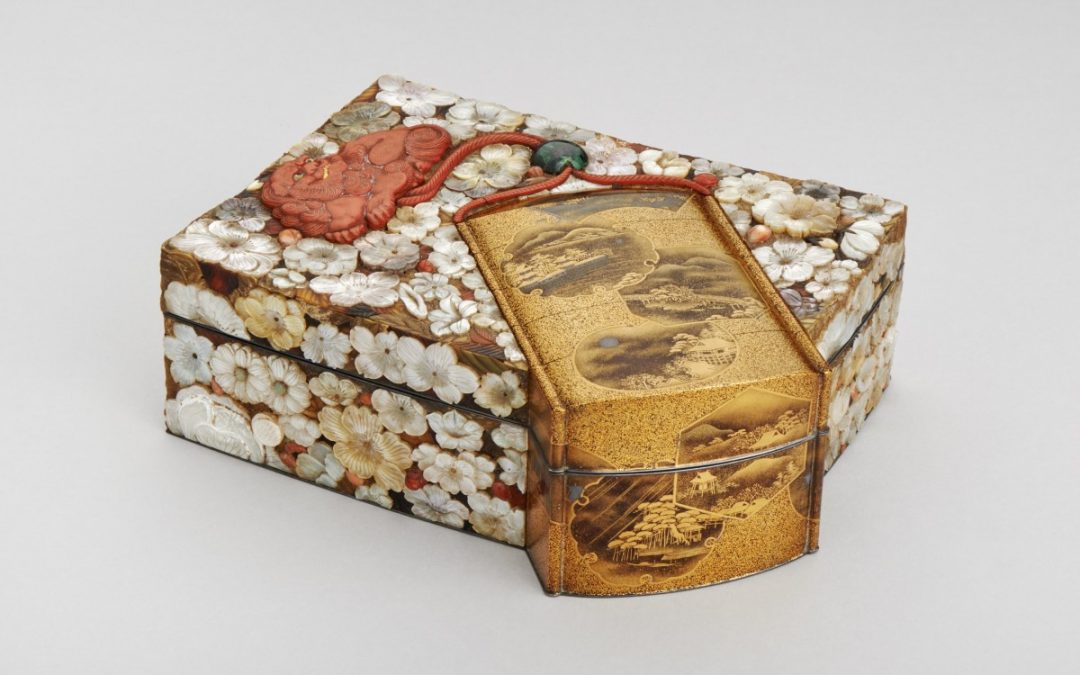 In celebration of Spring, April’s Object of the Month is this elaborately decorated lacquer box from the Japanese collection. It is designed in the shape of an inro and netsuke (carry case and toggle) lying across a bed of cherry blossoms and other flowers. The blossoms have been carved from shell, ivory, and tinted bone. The netsuke, which is in the shape of a Chinese mythical lion-dog or ‘shishi’, and the cord of the inro have been carved out of red lacquer. The inro is decorated with tiny landscape scenes using a technique called togidashi-e, which involves covering the design in layers of lacquer which is then polished away. One of the landscapes depicts the famous Kiyomizu Temple in Kyoto. Cherry blossoms in particular are a famous symbol of Japan. In March they bloom only for a few weeks and in celebration Japanese people participate in hanami, or ‘flower viewing’ picnics with family and friends. 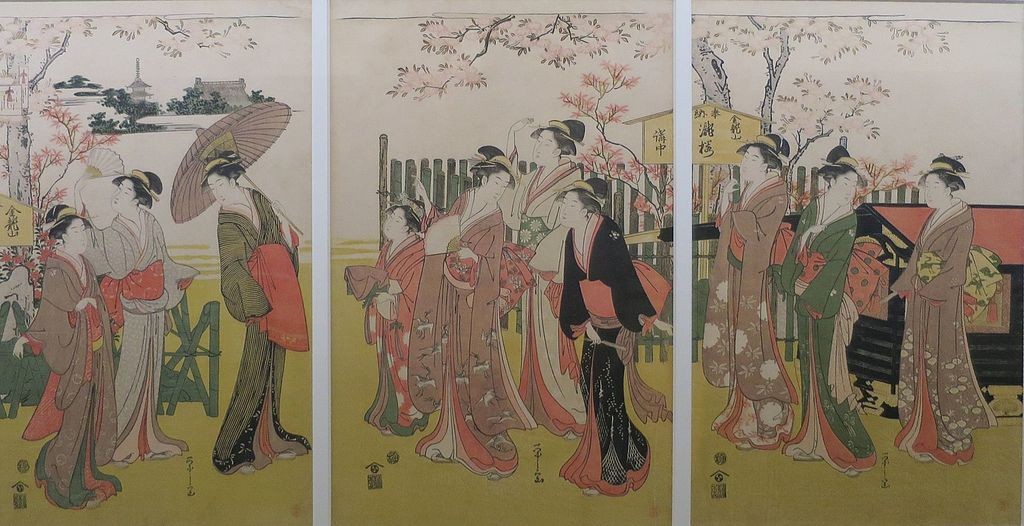 The technique of creating a design in carved shell, ivory, and bone is known as ‘Shibayama’ inlay. Shibayama lacquer wares became popular during the Meiji period (1868 - 1912) and were particularly exported to the West. The technique was developed in the 18th century by a haberdasher called Onoki Senzo who named it after his hometown area of Shibayama in present-day Chiba prefecture. It was among the Japanese arts and crafts exhibited at the Paris World Exposition in 1867, and became popular among wealthy Westerners visiting Japan in the late 19th century. 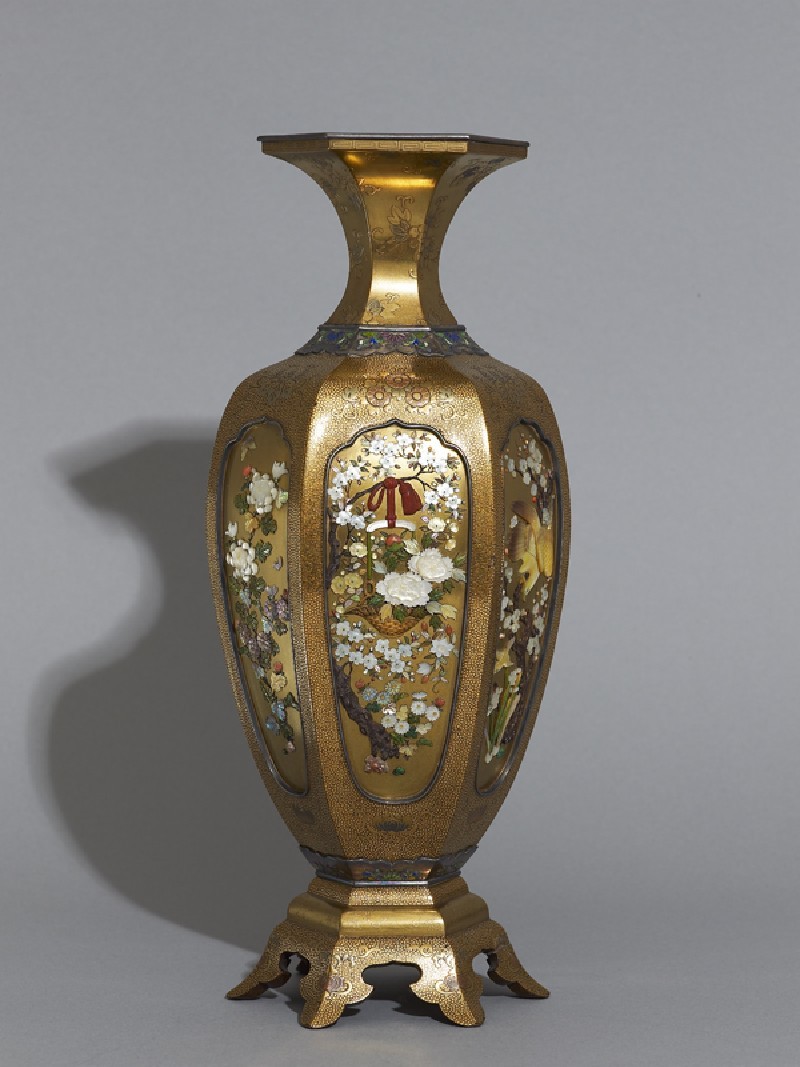 The Meiji Restoration is the name given to the establishment of a new government in Japan symbolically led by the Emperor Meiji in 1868, and the opening of Japan to trade with the West. The new government focused on ‘modernising’ the politics, society, and culture of Japan following Western models. After a while however there was a renewed focus on defining what made the Japanese traditional arts unique, and demonstrating the skills of Japanese craftsmen to the rest of the world. The Paris World Exposition was an opportunity for Japan to showcase its arts and crafts. Japanese art became very popular for collectors and wealthy Western buyers.

The inro case and accompanying netsuke also had a revival in popularity after the initial changes brought by the Meiji Restoration. The inro was a popular accessory for men during the Edo period (1615 -1868). It was a small tiered box used to carry medicines, seals, and other small useful items. It was worn suspended from a cord attached to a netsuke (a small carving) which hooked onto the obi (belt) of a man’s kimono. Wealthy merchants and samurai could afford to buy expensive and fashionable inro with detailed designs in gold lacquer and other precious materials. 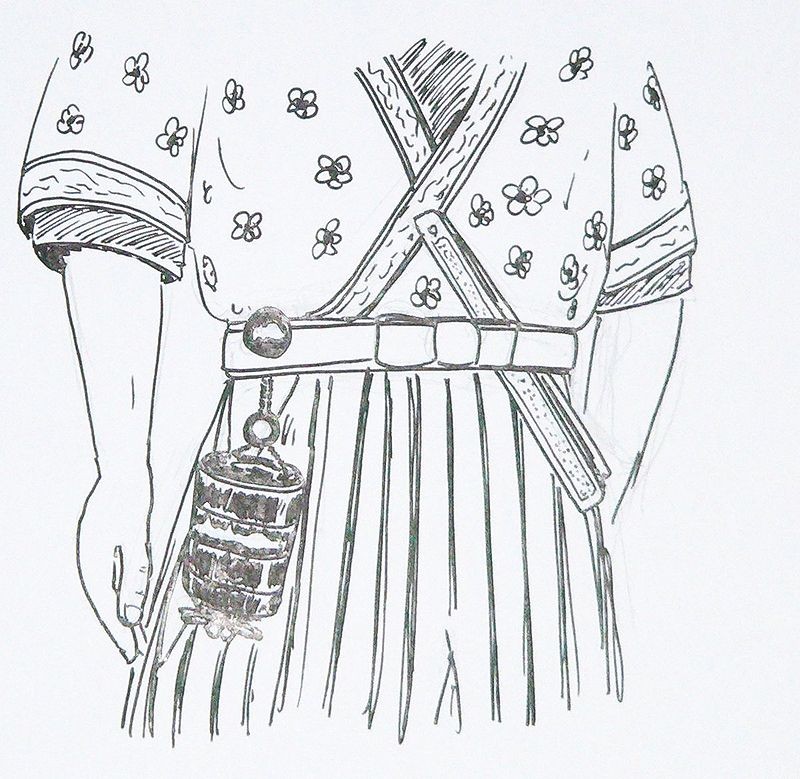 After the Meiji Restoration wearing a traditional kimono gradually became less common as Western-style suits and uniforms were in fashion. The wearing of inro and netsuke also became less popular among Japanese men. They did, however, become an appealing souvenir for Western collectors. They were small, portable, and collectable examples of the amazing skill of Japanese craftsmen. They were transformed from being a functional object for everyday use to a decorative art object for Westerners to collect. This month’s object reflects this idea, with the inro and netsuke actually being used as decoration for a box made to target the Western market. Most private or museum collections of Japanese art in the UK include netsuke and inro. Denys Eyre Bower, the collector of the objects here at the Castle, used to own around 250 inro which unfortunately went missing some time in the 60s. There are around 30 of them now remaining in the collection.

Once we are able to open to the public again, this amazing box and a selection of the inro collection will be part of a new display in our Japanese Room showcasing the fantastic variety of the objects Denys Eyre Bower collected. It is inspired by the ‘cabinet of curiosities’ style in which Denys used to display his collections, crowded into antique wooden display cases. 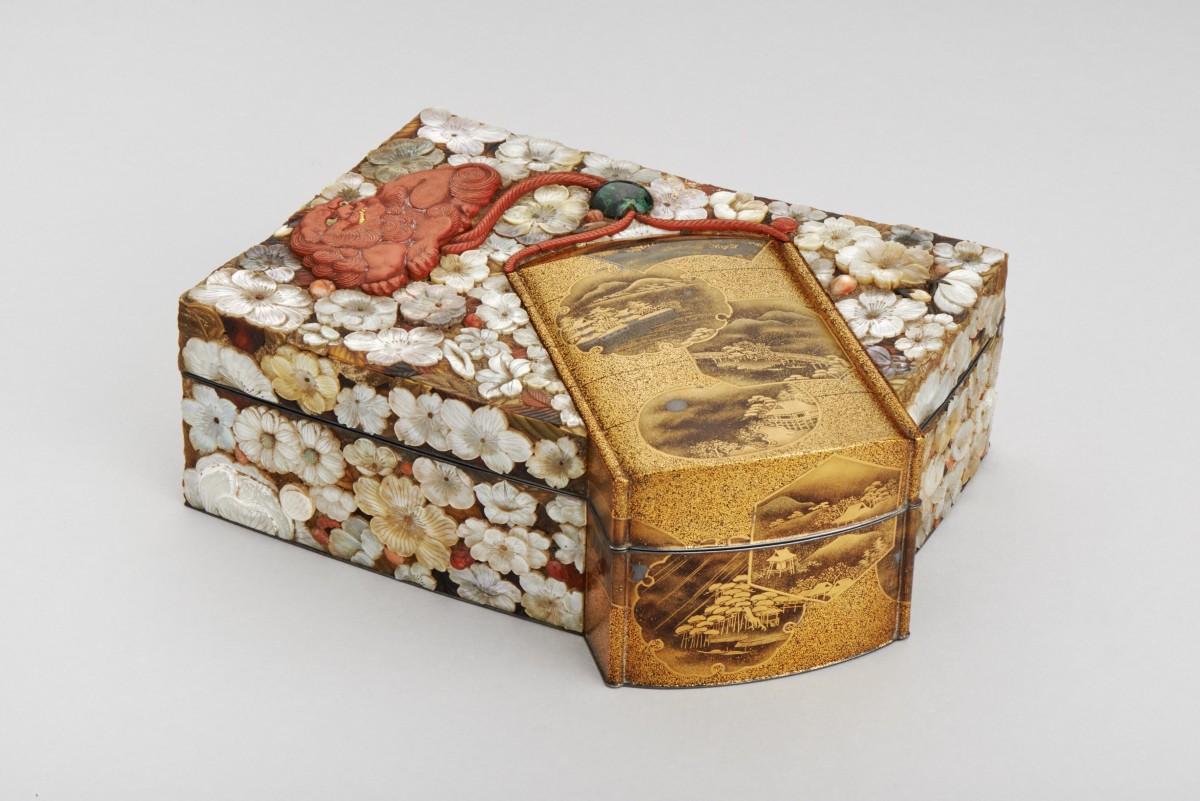