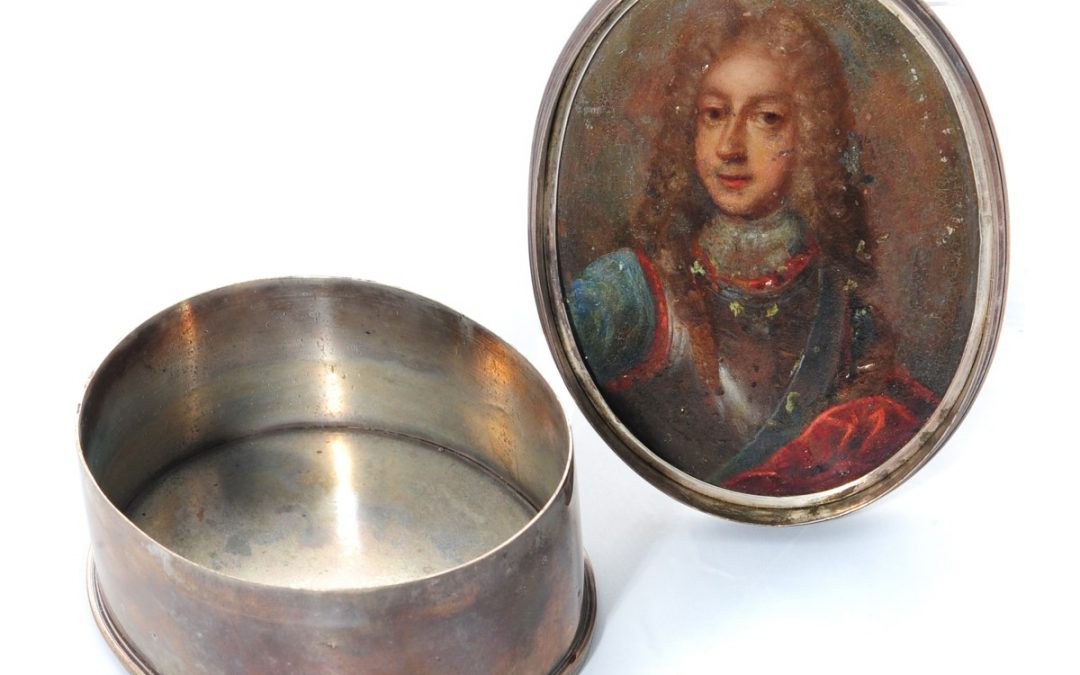 This small oval box would have been used to carry snuff, or tobacco powder which is inhaled. Concealed in the inside of the lid is a portrait of James Francis Edward Stuart (1688 – 1766), also known as James III. It would have belonged to a ‘Jacobite’ – a supporter of the Stuart family who believed that James III should be the King of England, Scotland, and Ireland. 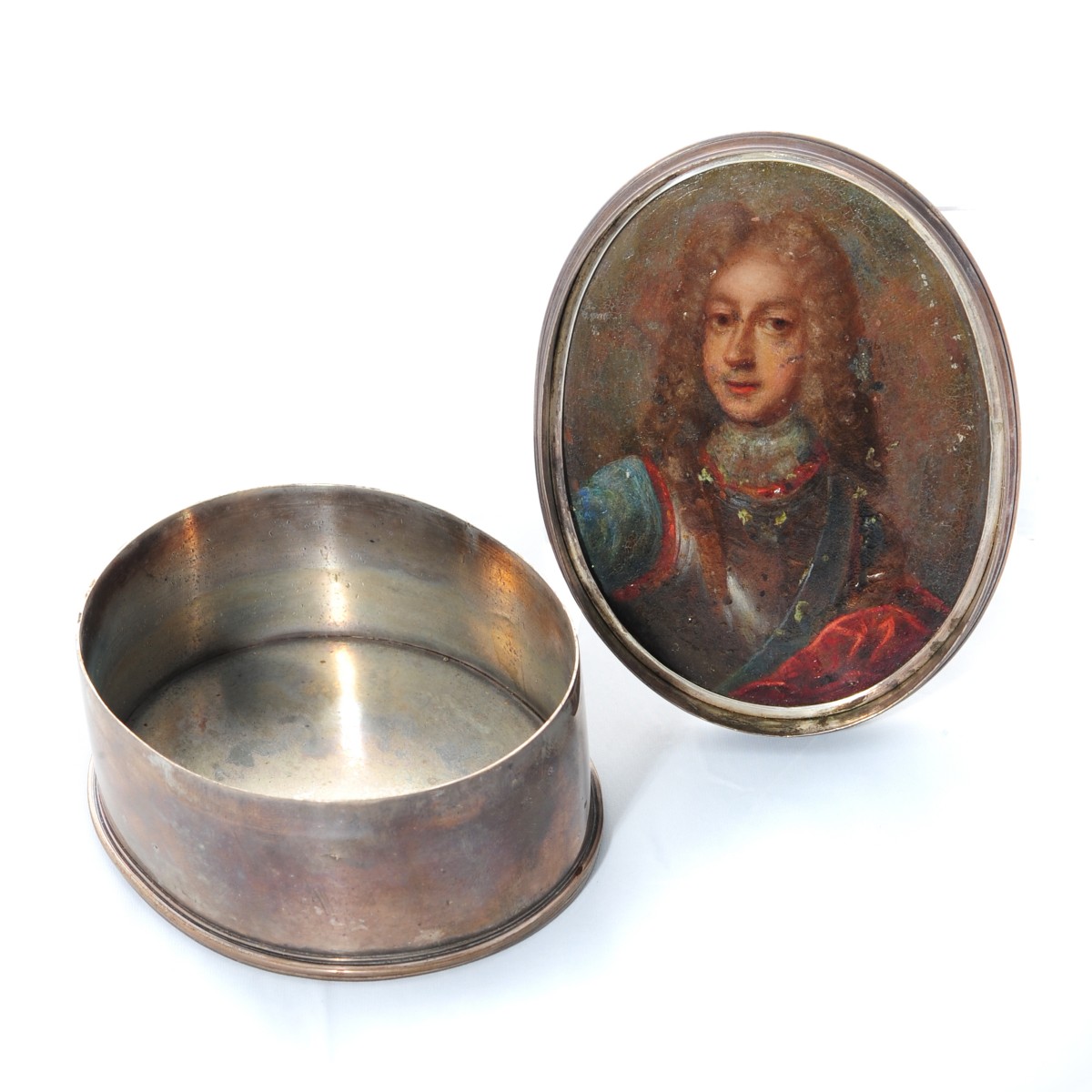 James III was the son of the Catholic King James II and his second wife, Mary of Modena. His birth provided James II with an heir who could continue his promotion of Catholicism in England. James III in theory would have replaced James II’s protestant daughter Mary and her Dutch husband William of Orange as successor to the throne. After King James II christened his son into the Catholic Church, a rumour began circulating that he was illegitimate, and had been smuggled into Mary of Modena’s bedchamber in a bed-warming pan.

By the end of 1688, after James III’s birth, there were anti-Catholic riots in England and Scotland, and a group of English nobles asked William of Orange to take over the English throne. They did this in order to prevent a Catholic succession. William brought an army to England and marched on London. King James II fled into exile in France with his wife and son. William of Orange and Mary became King and Queen. James III attempted to reclaim the throne for the Stuart family on numerous occasions, but never succeeded. He remained exiled in Europe, where he had many supporters who believed that he was the rightful heir to the throne. 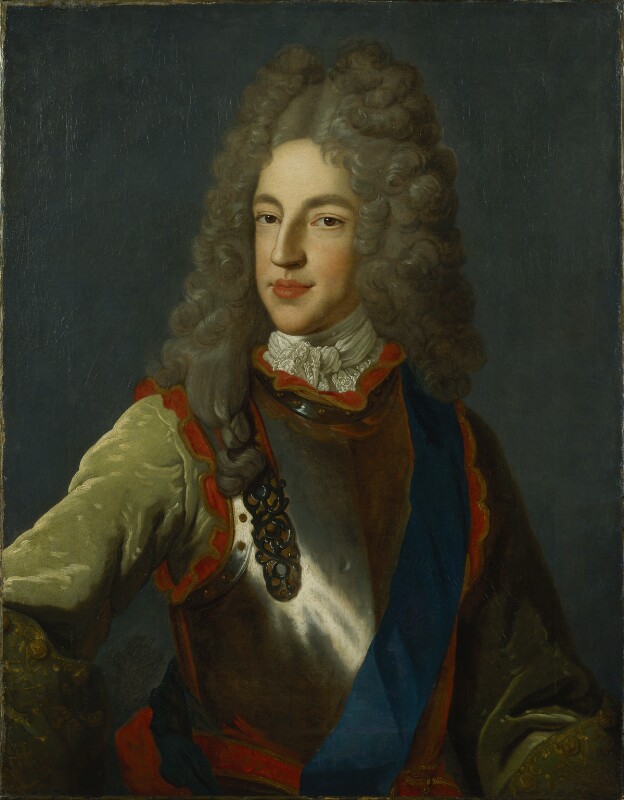 It is likely that the depiction of James III in the lid of our tobacco box and the oil painting above are both copies of the same original portrait. In both the painting and our tobacco box, he is portrayed wearing armour and the blue garter, which only the Prince of Wales, the legitimate heir to the throne of England, was allowed to wear.

Our tobacco box would have belonged to a Jacobite who supported James III’s claim to the throne. The Jacobites were named after the Latin version of James – Jacobus. There were many Jacobites in Europe, including King Louis XIV of France who declared that James III was the rightful heir of the throne of England and gave him a palace in France for his family to live in. There were also Jacobites in Scotland who supported his repeated attempts to restore his family to power. The Scottish Jacobites rallied around James III’s son, the famous Charles Edward Stuart, or ‘Bonnie Prince Charlie’ when he continued in his father’s footsteps in 1745 and made the last Stuart attempt to march to London. 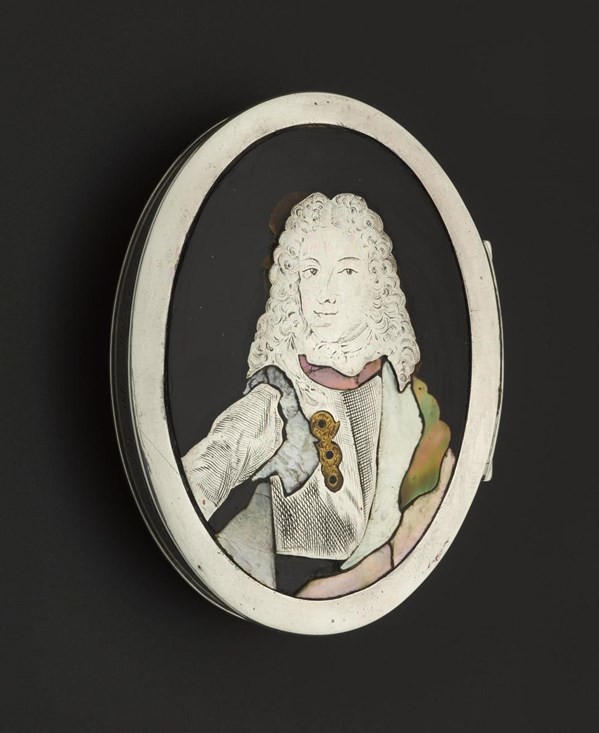 Tortoiseshell snuffbox with a portrait of James III on the lid, bearing the inscription “A gift from Prince Charles Stewart to Miss Flora Macdonald 1746”, National Museum Scotland, object number H.MCR 5

The Jacobites would have used tobacco boxes with portraits of James III to show their support and allegiance. Tobacco boxes with hidden portraits would have helped the owner reveal that they were a Jacobite in a secretive way to fellow supports of the Stuart family. When offering a pinch of snuff, a Jacobite could choose to show the portrait on the inside of the lid and reveal himself to be a supporter of James III. Carrying objects with Stuart royal family portraits in the wrong company could lead to being accused of treason.

Visit the Castle to view other objects in our collection with hidden Jacobite symbols and portraits.