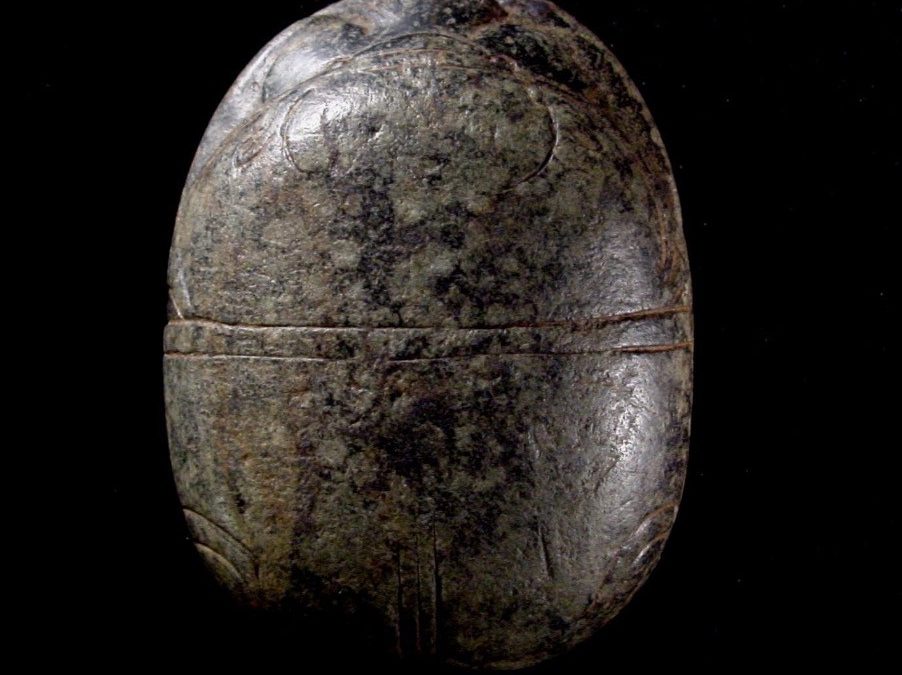 This October, the Object of the Month is an Ancient Egyptian heart scarab made out of steatite (a type of easily carved stone), dating from 1550-1050 BC, the New Kingdom of Egypt.

Scarab beetles have become an iconic figure of Ancient Egyptian art and culture, and can be easily recognised. They were equally important to the long dead Egyptians that would have once regarded this item as essential to a wealthy and prosperous afterlife:

From the New Kingdom onward, the heart scarab played a key role in Egyptian funerary practices. The heart scarab was placed within the wrappings of the mummy over its heart. It’s purpose was to prevent the heart from revealing any immoral behaviour the deceased committed in life to the gods. The Ancient Egyptians believed that the heart was the centre of intelligence. It made sense to them that the heart could reveal memories and knowledge. 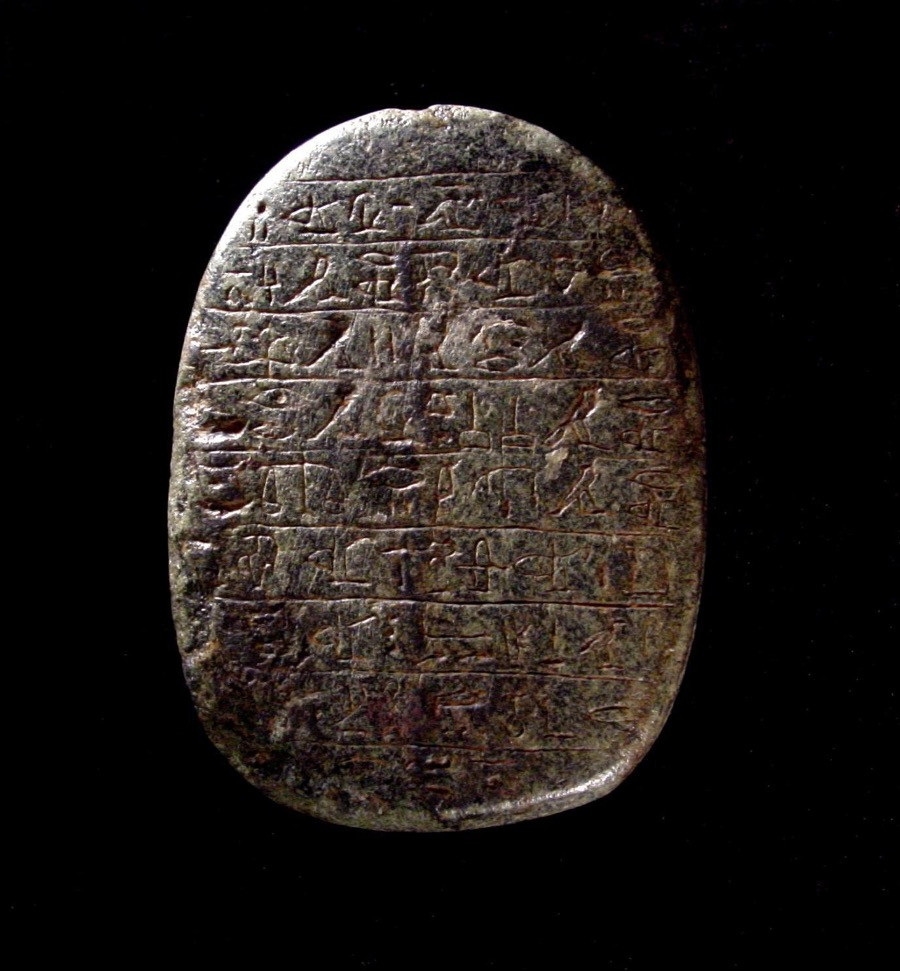 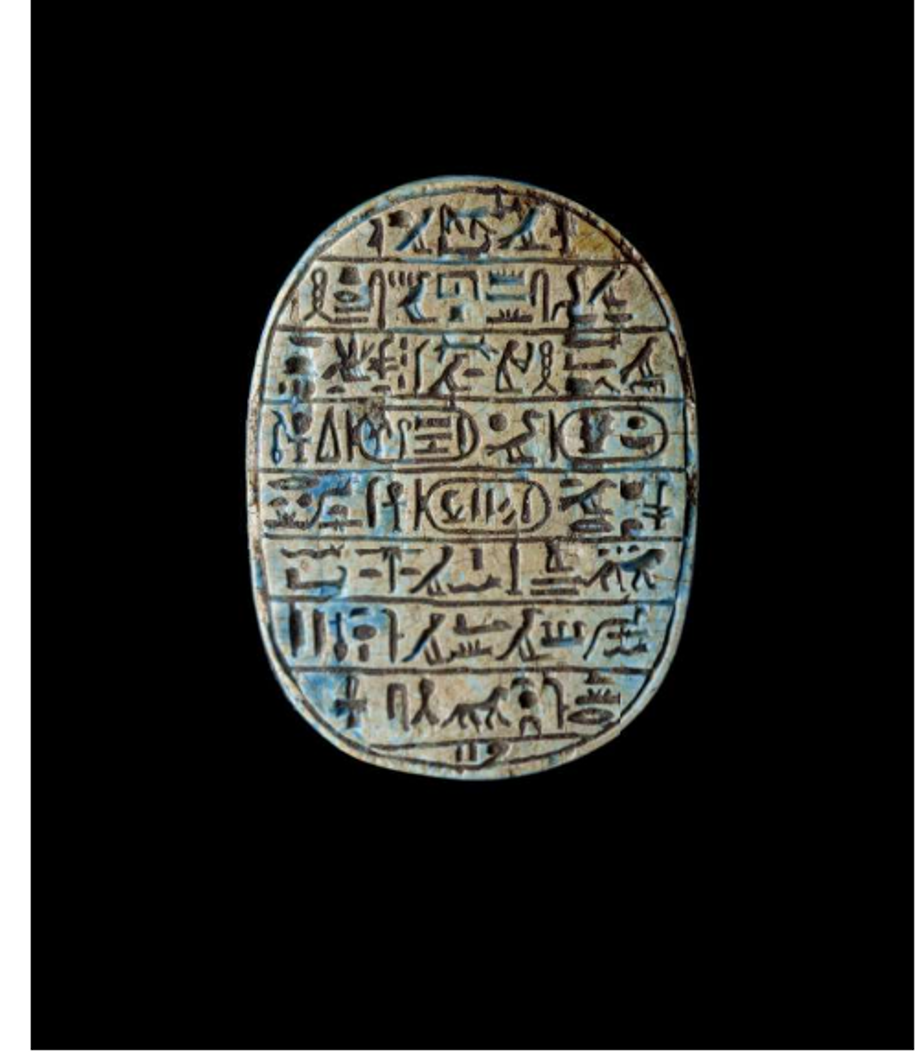 This scarab was made during the reign of Amenhotep III. It was one of a collection created to commemorate various important royal events during the pharaoh’s reign, with the inscription claiming that Amenhotep had killed 102 lions with his bow and arrow during the first ten years of his reign.

The Egyptians also used the flat surface of the scarab amulets as a way to parade their wealth and achievements in life, as well as for protection in death. 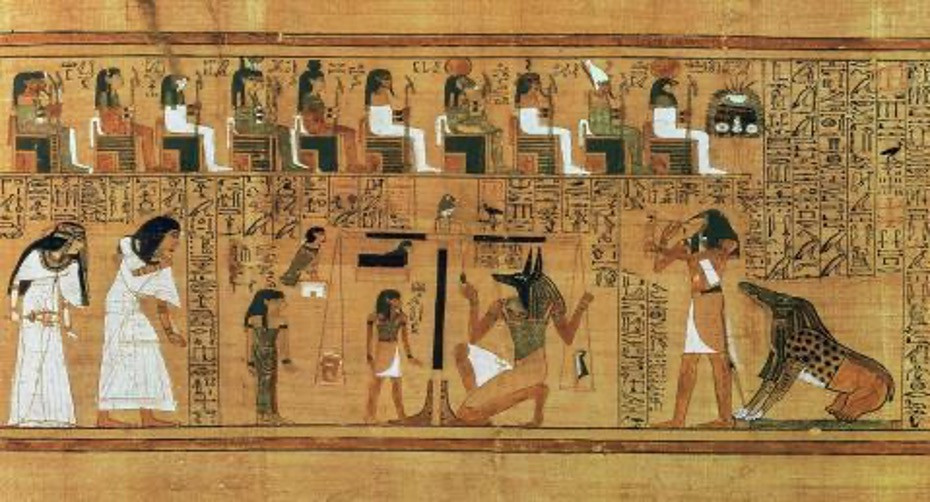 The weighing of the heart

The role of the heart scarab in the Ancient Egyptian mummification process cannot be understated in its importance.

When the deceased died and was mummified, it was believed that they were judged in the Hall of Judgement. The heart of the deceased was weighed against the feather of Ma’at (depicted above), and if a person failed this morality test they would be devoured by the crocodile demon, Ammit. Ancient Egyptians would have made sure to protect their heart in the afterlife using a heart scarab. Anyone who passed the weighing of the heart, would be granted a bountiful afterlife.

As well as just protecting the heart from harm, the heart scarab also had the ability to make sure the heart of an individual would not speak out against them whilst confessing to Osiris - the god of the dead. This is why the heart scarab was commonly inscribed with the spell from chapter 30 of the Book of the Dead, which begs the heart not to reveal the bad deeds the dead committed in life.

TRANSLATION OF CHAPTER 30 BOOK OF THE DEAD: 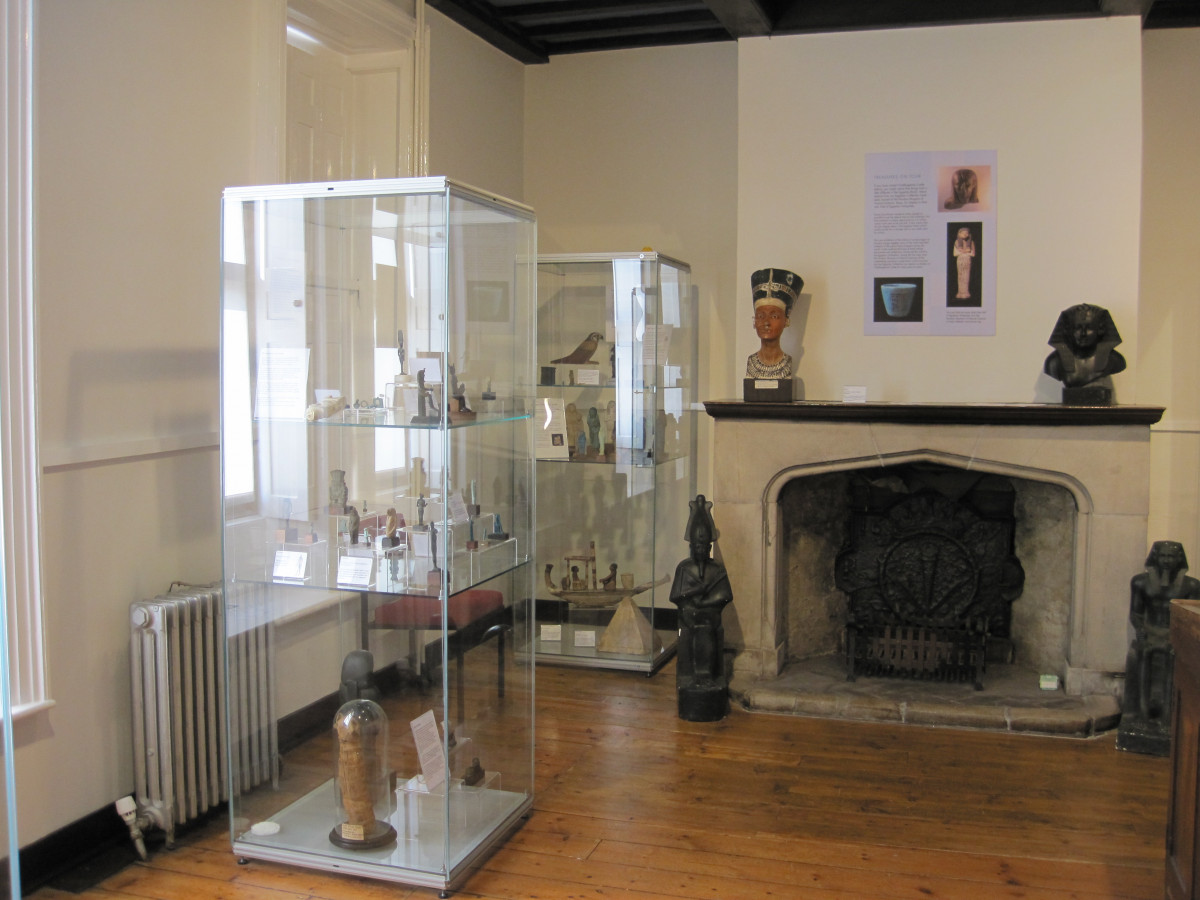 Our heart scarab can currently be found on display in the Castle’s Ancient Egyptian room, along with many other charms and amulets that are thousands of years old, as well as a mummified cat! However it is without doubt that heart scarabs would have been seen as one of the most important items in our Ancient Egyptian collection. They acted as a guarantee to a blissful afterlife for any who used them.

This Object of the Month was chosen, researched, and written about by our work experience student William Briggs.