Head of a statue 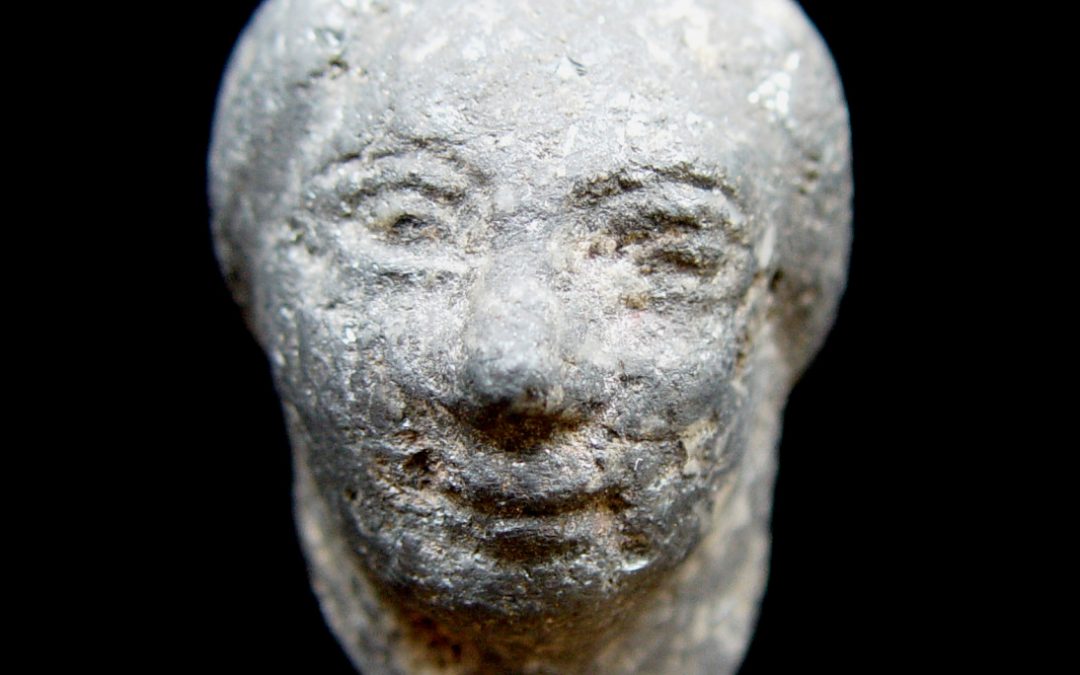 print
Head of a statue

Our Object of the Month for February is a small fragment of a statue which can be found amongst the other Egyptian artefacts on display at the Castle. It is a small, roughly carved, and worn head of a man with a partly shaved or balding head. Its original owner Denys Eyre Bower believed it was one of the rarest and most important artefacts in his Egyptian collection. If you were to pick it up and examine it more closely, you would notice two things. Firstly, it is rather heavy for its small size – it is smaller than the palm of your hand. The second is that there is a handwritten label attached to the bottom of the stand which reads ‘very rare Egyptian head carved from a meteorite, old kingdom, circa 3,000 BC, £1’. Denys believed that this head was made from a material which the Egyptians considered very precious – metal that had fallen from the sky. 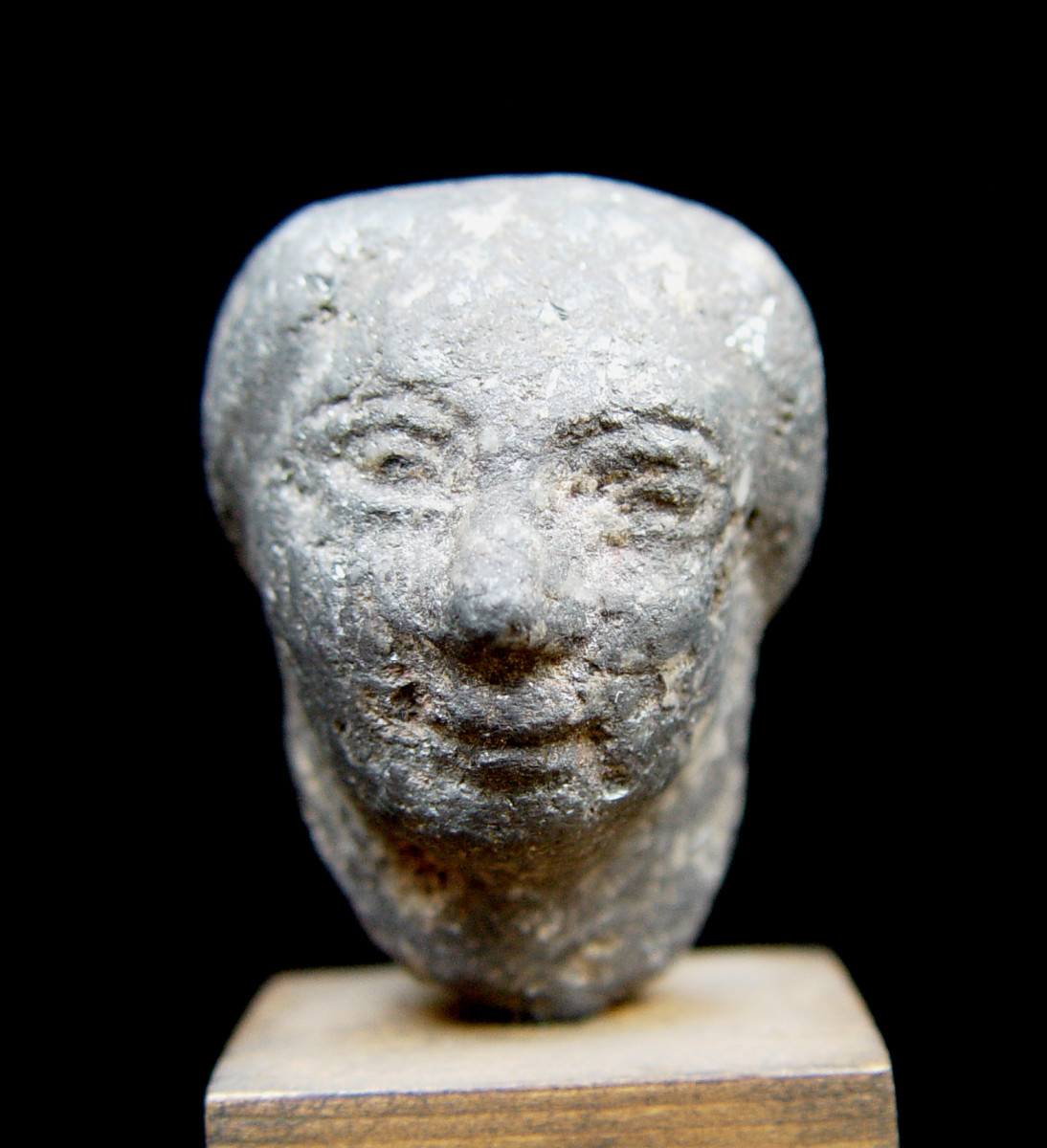 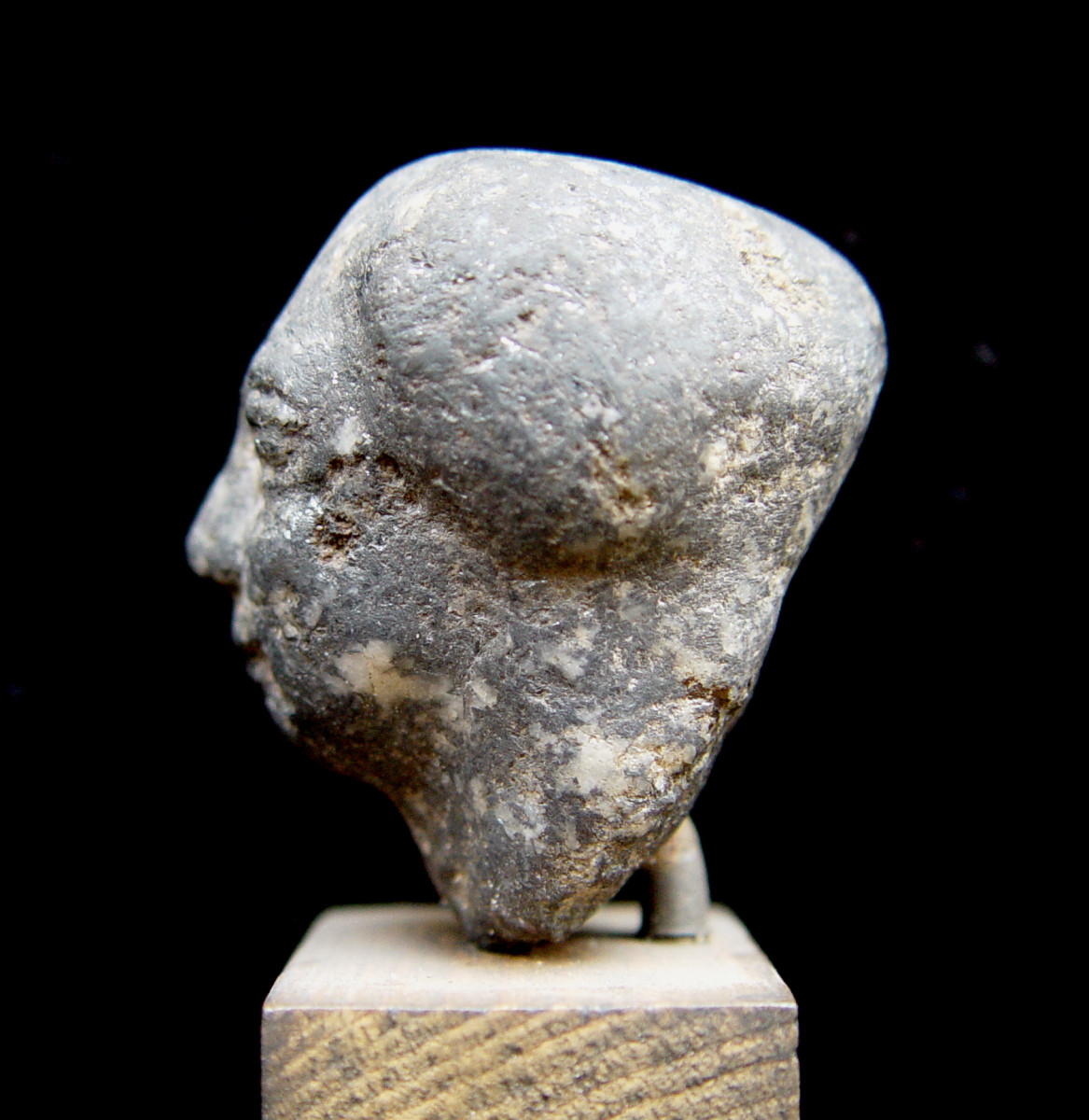 There are a few key Ancient Egyptian artefacts which have been proven to be made from meteoric iron. Perhaps the most famous is a dagger which belonged to Tutankhamun. It was found by his leg in amongst his wrappings. This dagger would have been a possession worthy of a King, as meteoric iron was far rarer and more precious than gold in Ancient Egypt. Iron ore was used for cosmetics and paints but was not good enough quality to be made into weapons. Tutankhamun’s dagger was analysed and compared to eleven meteorite samples, and found to be made from meteoric iron.

During the 19th dynasty (the 13th century BCE, the century before the one in which Tutankhamun lived), iron began to be referred to with hieroglyphs meaning ‘iron of the sky’. This suggests that the Ancient Egyptians understood the origin of the precious and rare meteoric iron. It is possible that they may have witnessed a meteorite shower around this time. The fact that this metal fell from the sky would have been very significant for the Egyptians, who would have associated it with the gods. 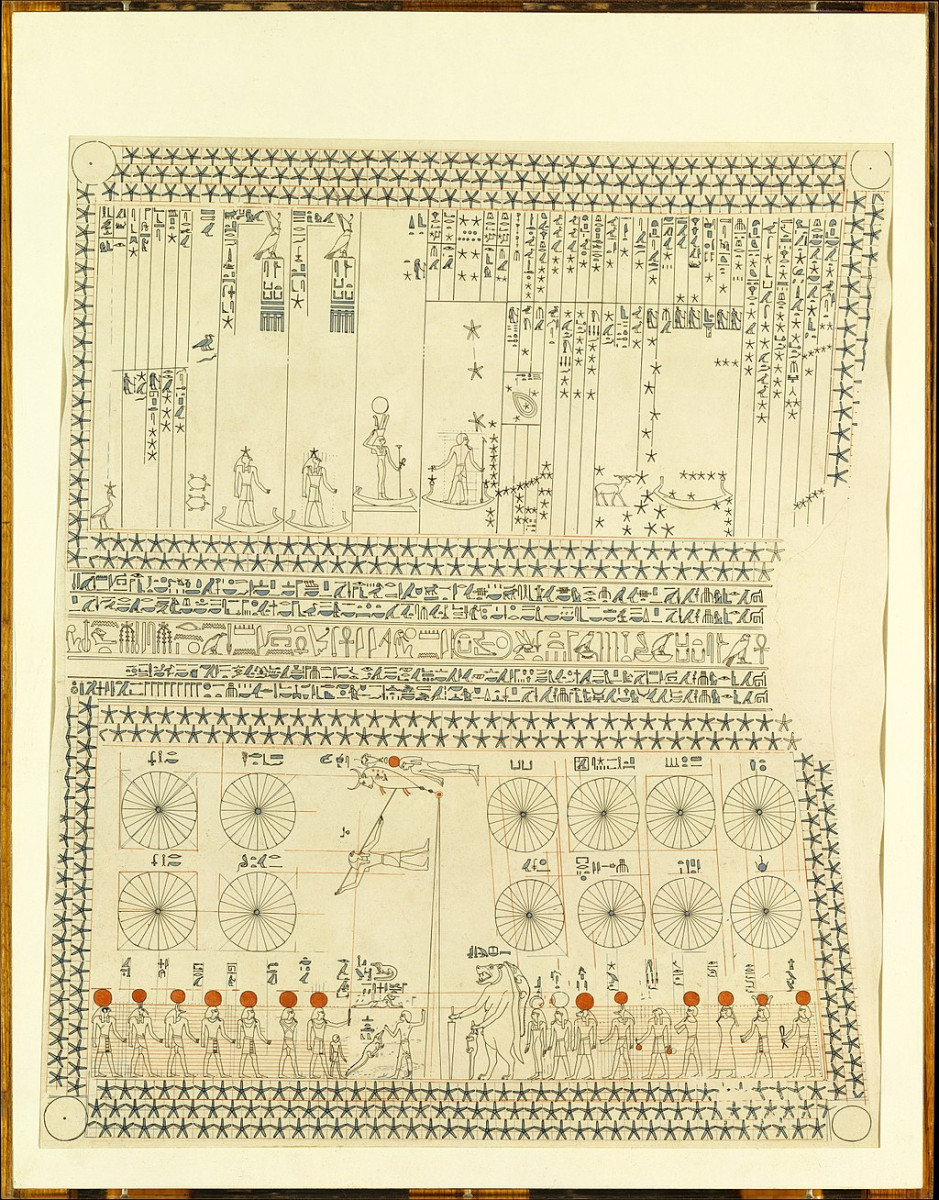 Astronomical ceiling from the Tomb of Senenmut (XVIII Dynasty, circa 1479 - 1458 BCE), discovered in Thebes, Upper Egypt, facsimile preserved in the Metropolitan Museum of Art

It is the high amount of nickel in meteoric iron which makes it possible to identify. Our object of the month has been analysed, however, and unfortunately no meteoric iron is present. Judging from his handwritten label, Denys believed when he bought the statue fragment that it was made from meteorite. The claim that it was made from meteorite would have turned this small head from a rather crudely carved fragment amongst many others to an extremely rare and important artefact.

Denys worked hard to identify genuine Egyptian artefacts that were worthy of his collection. He researched carefully and wrote to experts including the famous Egyptologist Flinders Petrie (1853 – 1942) for advice. However due to the large number of well-made fakes and forgeries available at the time, there are a small number in his collection which are not genuine ancient artefacts. As Denys’ label about our object of the month being made from meteorite does not appear to correct, it may not even be genuine. It remains one of the most mysterious objects in Denys’ collection.