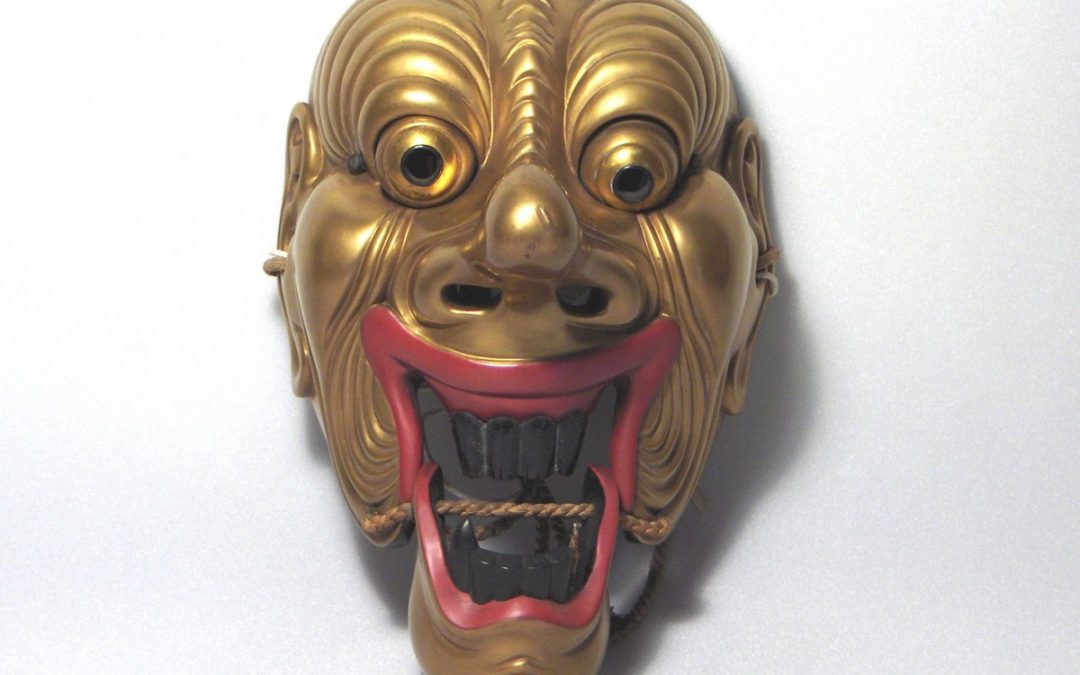 Once we are able to open again, you will spot this month’s object peering out from the new ‘cabinet of curiosities’ display in the Japanese Room. It is a gold lacquered mask made for the traditional Japanese bugaku dance. It was made from carved wood, covered with layers of Japanese lacquer and finished with paint. The lower jaw is movable - it was made separately and attached with a cord. The mask would have been worn with a hat and elaborate embroidered silk costume for a type of bugaku dance.

The style of the mask suggests it was used for a type of bugaku dance called genjoraku, which was imported from Central Asia. The dance represented the hunting and eating of a snake for medicinal purposes. The dance begins with the hunting of the snake and involves the use of a model snake brought out by an attendant. An old label in the Castle’s archive identifies this mask as a genjoraku mask, but it may be another one of the many types of masks used for bugaku dance. 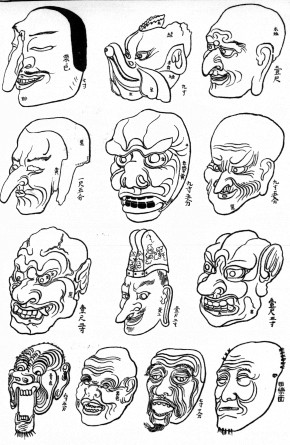 Types of bugaku masks found in the store of the Horyu-ji Temple, with a genjoraku mask at bottom left

Bugaku is one of the oldest forms of dance in Japan. It originated as a dance accompanying music imported from China, Korea, and India. The arrival of Korean music in Japan is dated as early as 453 AD, and Chinese music around 589 - 618 AD. Imported dance and music were enjoyed at the imperial court by the family of the Emperor. In 701 AD Japan’s first imperial academy of music was formed. Bugaku became an official type of court dance and it was very popular among courtiers and noblemen.

The Heian period (794 – 1185 AD) is considered the ‘golden age’ of imperial court culture in Japan. Traditional music and bugaku dance thrived. The main characters of bugaku were gods, demons, warriors, and heroes. They reflected the cultures and beliefs of China, Korea, and India at the time when they were imported into Japan. The characters were then adapted over the years into a unique part of Japanese culture. 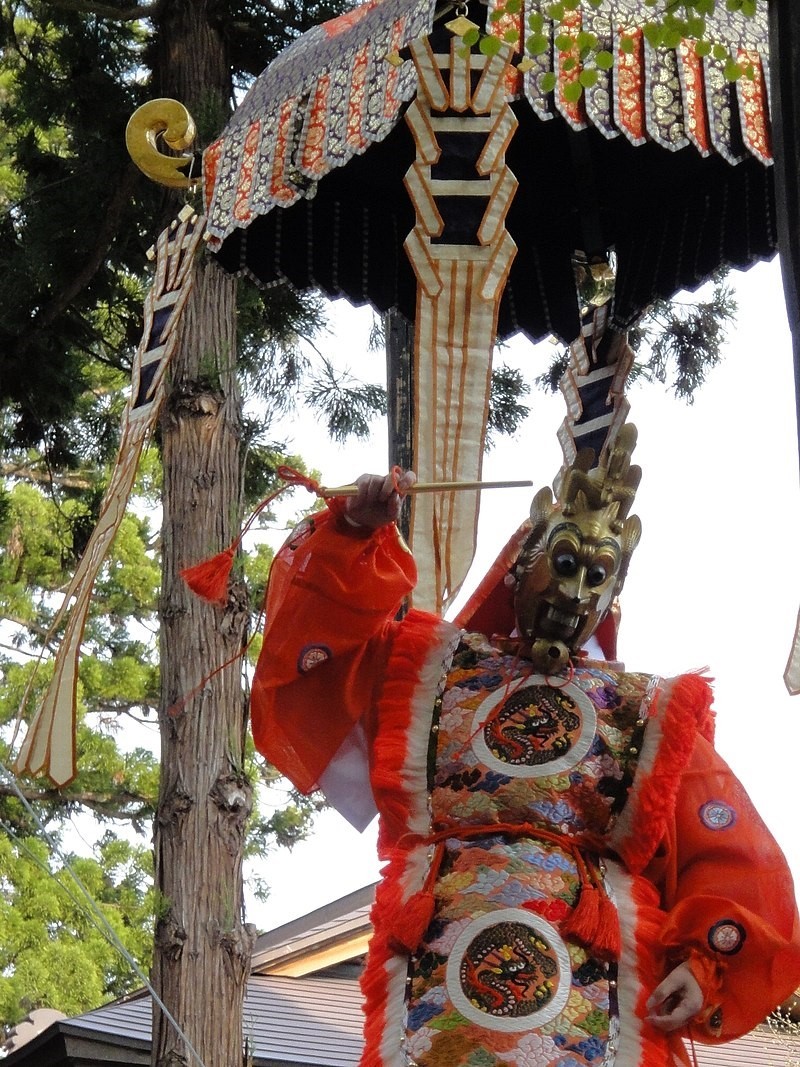 Bugaku has been performed since its first introduction into Japan all the way to the present day. Its popularity faded during the many years of warrior rule in Japan, beginning from the 12th century, but it remained an important part of court and temple rituals.

Today performances are given at temples as part of annual festivals. In particular they are performed for spring and the cherry blossom season. In the Edo (1615 - 1868) and Meiji periods (1868 - 1912) when our genjoraku mask was made, the government revived traditional court dance and established a fixed yearly program of performances. In the Meiji period in particular there was a revival. There was a new focus on traditional arts and culture in reaction to Japan’s ‘opening’ to trade with the West – during this time Western influences flooded in.

For a 19th century Western traveler or collector, the bugaku mask in the Castle’s collection would have been a perfect example of unique Japanese craftsmanship, culture, and traditions. It is likely to have been brought into England by a collector and then bought at auction by Denys Eyre Bower, who added it to his fascinating collections displayed in his home, Chiddingstone Castle. 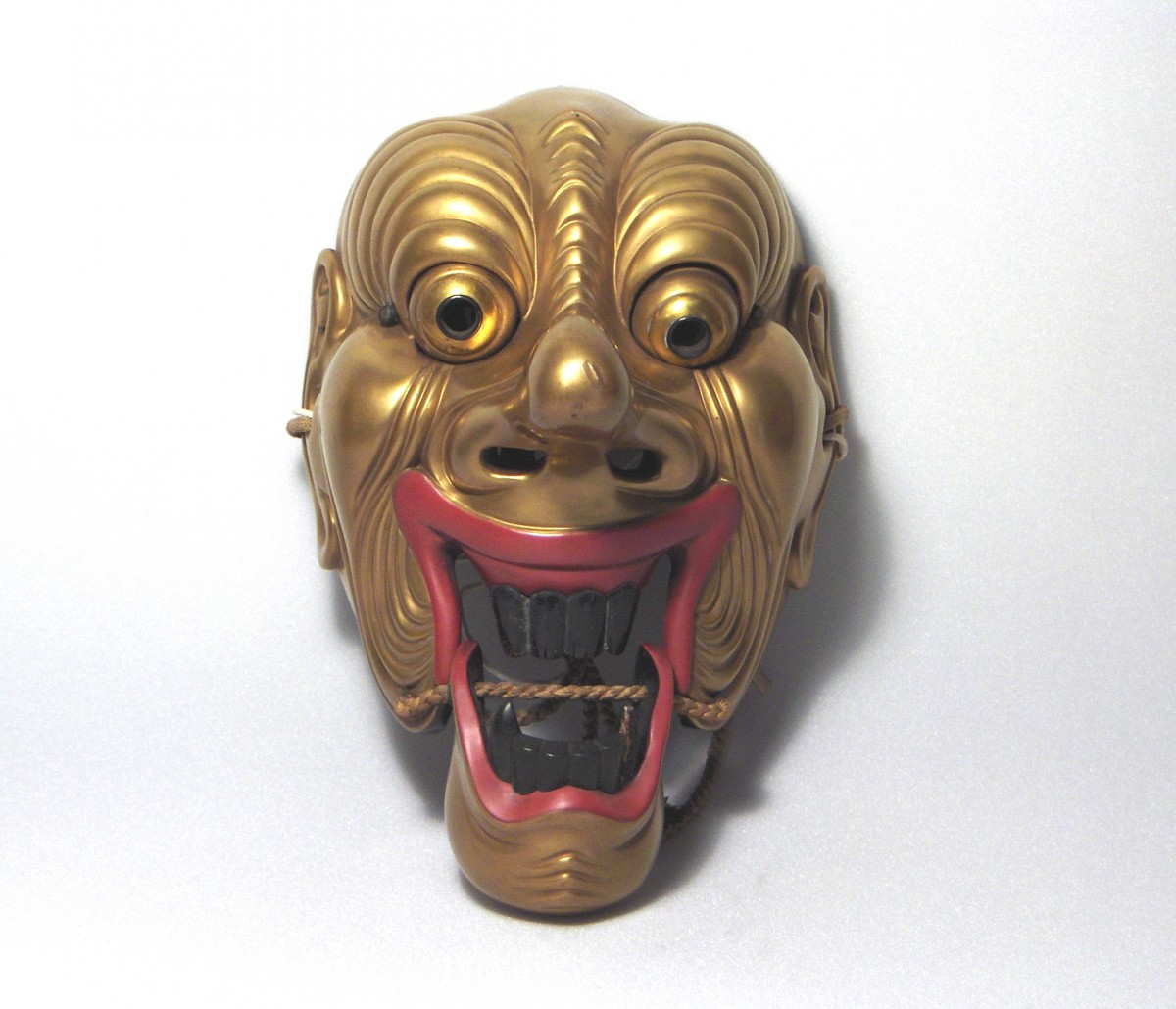