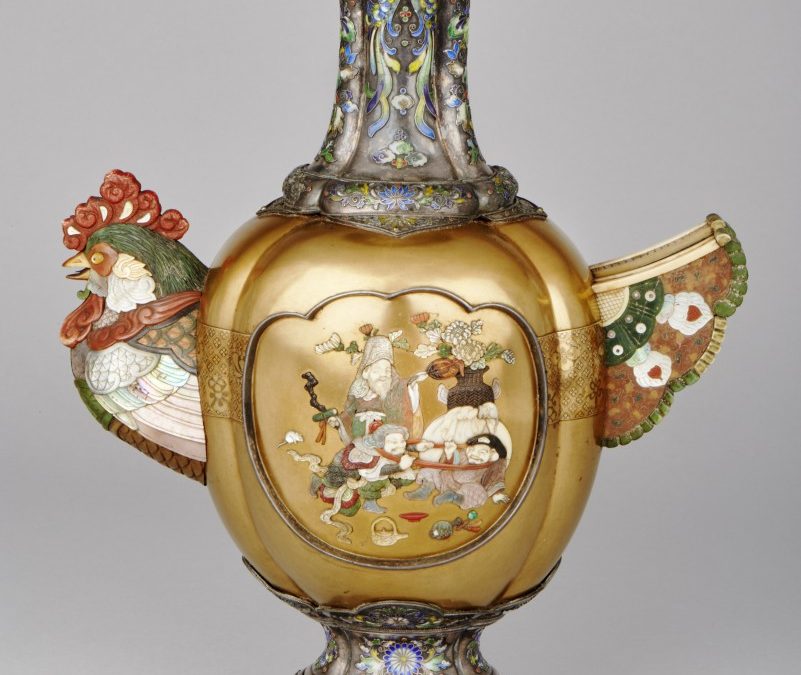 This colourful vase with the head and tail of a cockerel is our Object of the Month for April. It was decorated using many different expensive and elaborate techniques. The foot and neck of the vase are silver with enamel flowers, plants, and birds. The main body of the vase is made from kinji (gold ground) lacquer - a thick layer of gold dust was sprinkled onto wet lacquer, and then sealed with another layer of clear lacquer over the top. The vase would have been made by a team of different lacquer, metalwork, and enamel craftsmen, and would have taken at least a year to complete. 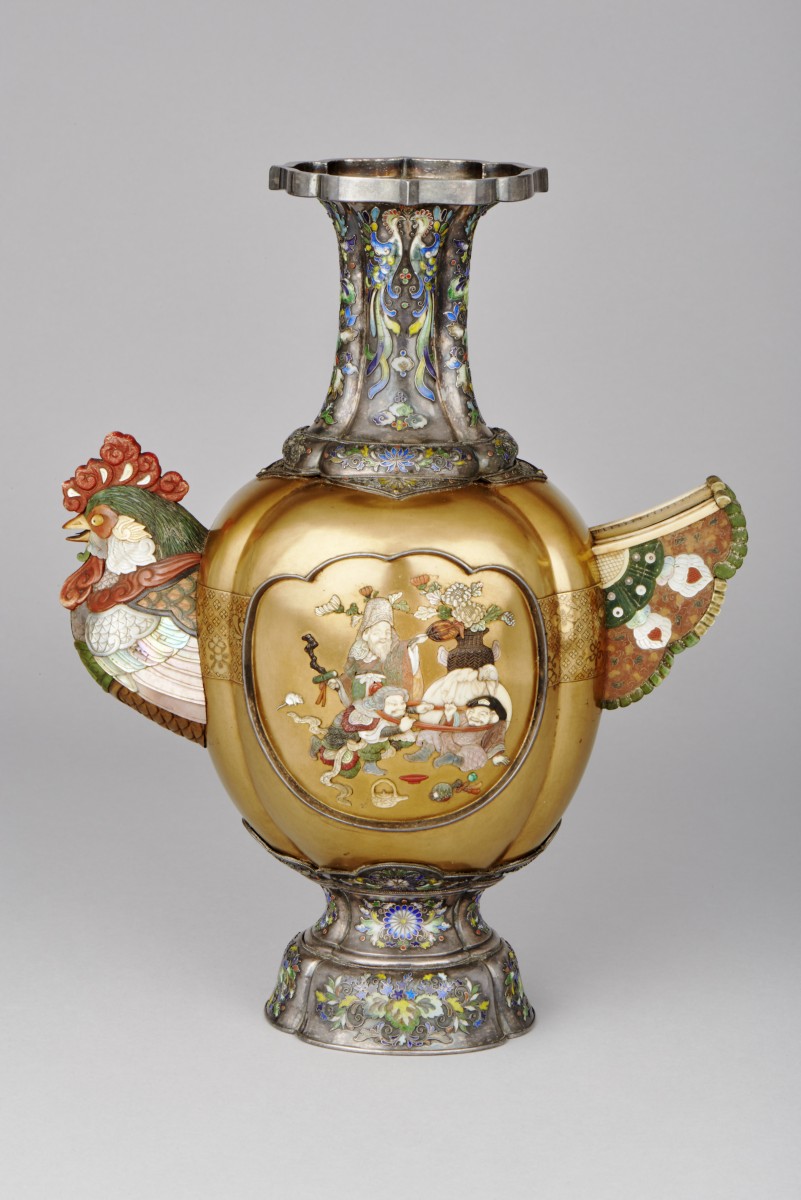 The cockerel and the scenes on either side of the vase were created using a technique called Shibayama inlay - tiny pieces of coral, ivory, bone, and coloured shell were carved into shapes such as flowers and added to the lacquer surface. This technique was invented and became very popular in the late Edo and Meiji periods (late 18th to early 20th century). 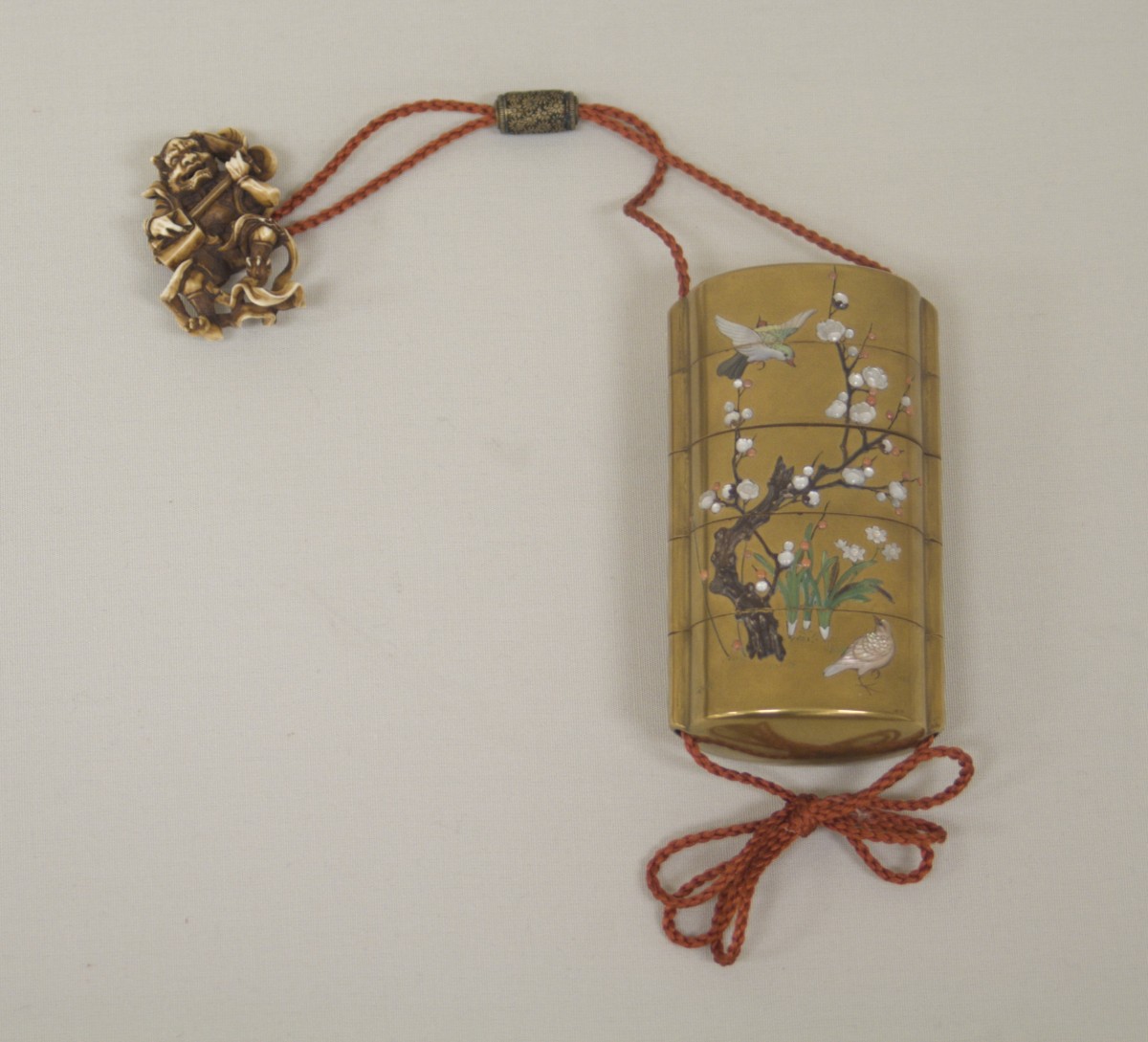 As with most Japanese works of art, the motifs and scenes on this vase have a meaning. The vase may have been made to display for the New Year. The cockerel is one of the animals of the zodiac and the scene on the front depicts three of the seven lucky gods drinking sake (rice wine). In Japan it is believed that if you leave a picture of the seven lucky gods under your pillow on the last day of the year, you will have luck and fortune in the New Year. The three lucky gods depicted on the vase are Jurojin, an old man with a high forehead who is the god of longevity; Daikokuten, the god of commerce and prosperity who carries with him a bag of treasure; and Bishamonten, who wears armour and is the god of fortune in war.

The other side of the vase depicts a tree with flowering blossoms and a bird. Cherry blossoms have always been particularly appreciated in Japan because they only last for a few weeks each Spring. The understanding that nothings lasts, and an appreciation of the beauty of things that fade, are key ideas inspired by Japanese Buddhism. Each year people all over Japan participate in hanami, or the cherry blossom-viewing festival, enjoying picnics and sake under the trees with friends and family. 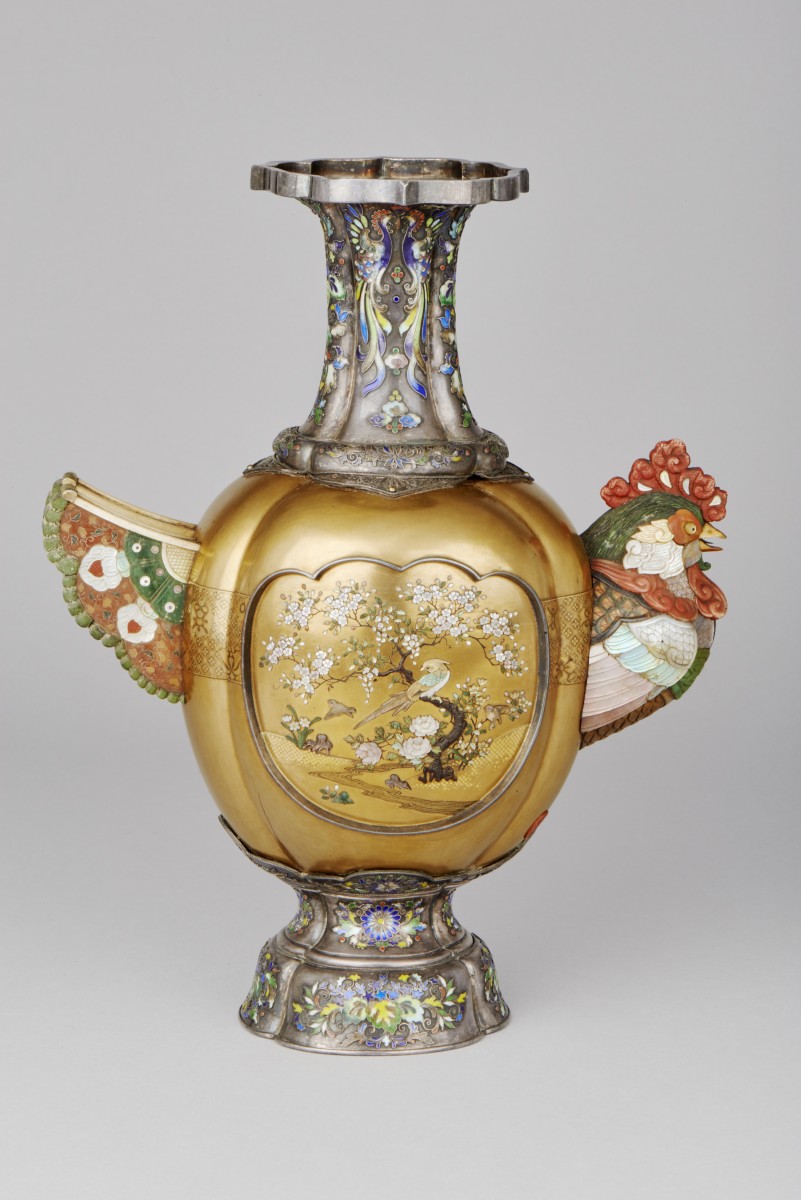 This vase was designed to be eye-catching and was made with a variety of metalwork, lacquer, and inlay techniques which were popular during the Meiji period (1868 - 1912). This was a period of great change in Japan, when interaction with the West and cultural exchange increased. The Japanese government was keen to promote learning from the West and the adoption of Western arts, culture, dress, and architecture. In response to this a movement developed to protect and promote Japanese arts and craftsmanship. Japan participated in international fairs, showcasing traditional arts and crafts. Shibayama inlay was popular and known as ‘oriental mosaic art’ after it was introduced at the Paris World Exposition in 1867. 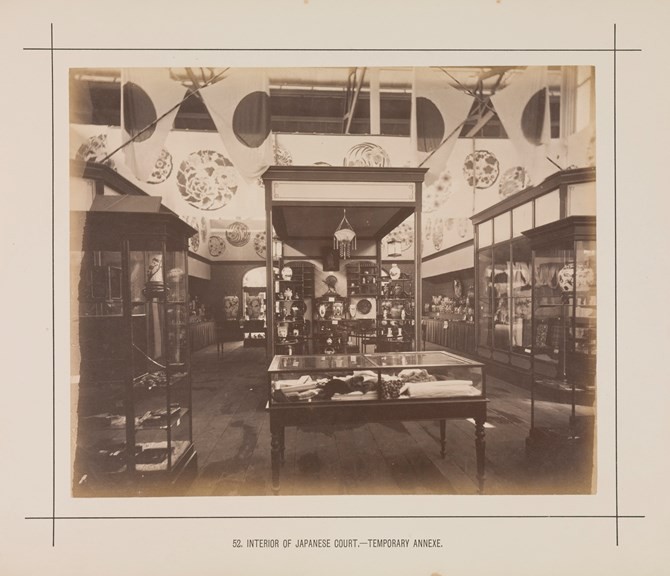 During the mid-twentieth century when Denys was buying Japanese art at auction in England, Meiji period objects were not as popular. As a result he was able to buy high-quality Meiji artworks for low prices. Many of them can be seen in our Japanese Room when we re-open for the 2021 season.