In pride of place in the White Rose Room, stands our Object of the Month for March. It is a chest of drawers with carved trailing flower and leaf details. Its feet are engraved with a diamond trellis pattern, and the front is curved. The top drawer and bottom cupboard have ornate locks. 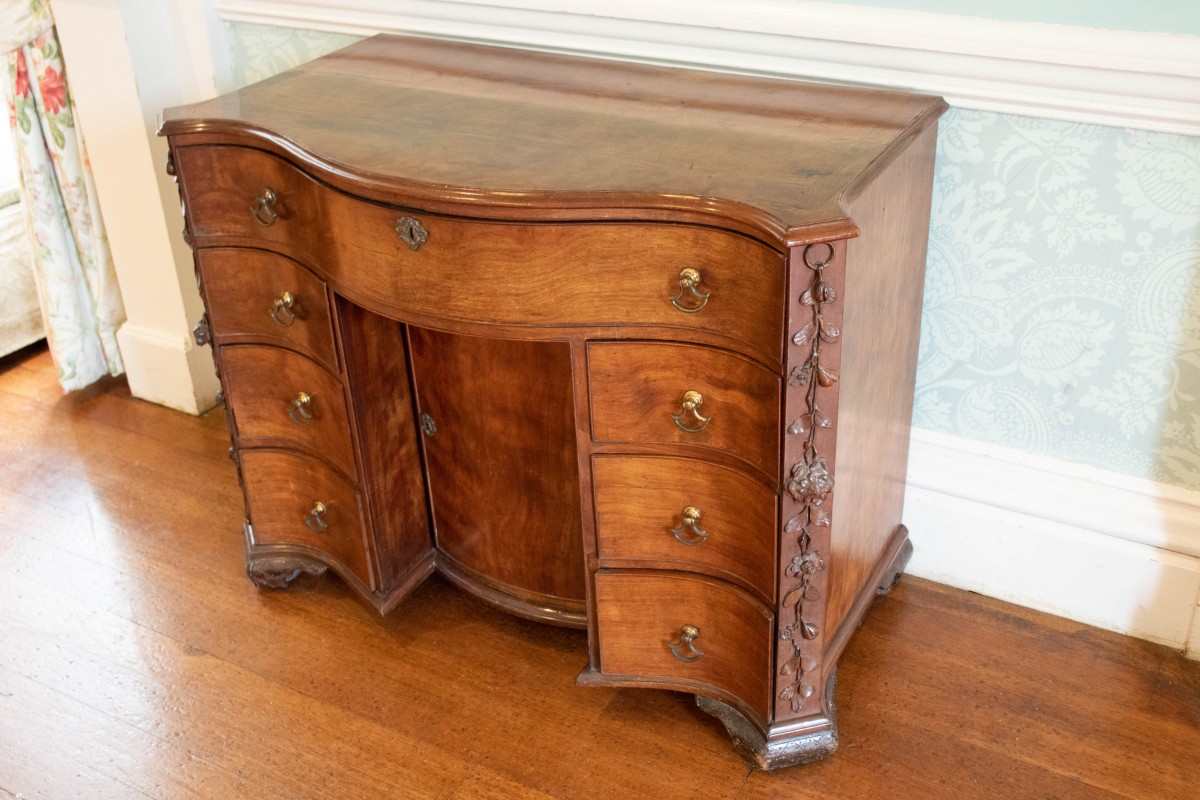 It is in the style of the 18th-century English furniture designer Thomas Chippendale. In 1754, a collection of furniture designs by Chippendale, the Gentleman and Cabinet-Maker’s Director, was published. It consisted mostly of illustrations of 18th-century fashionable furniture, redesigned and improved by Chippendale. The ornate floral carving and curved shape of our Object of the Month was clearly inspired by these designs. The Gentleman and Cabinet-Maker’s Director was very popular and other furniture-makers used his designs. There are many mid-18th pieces of furniture that are attributed to Chippendale, but there are only a few known pieces which are definitely from his workshop. 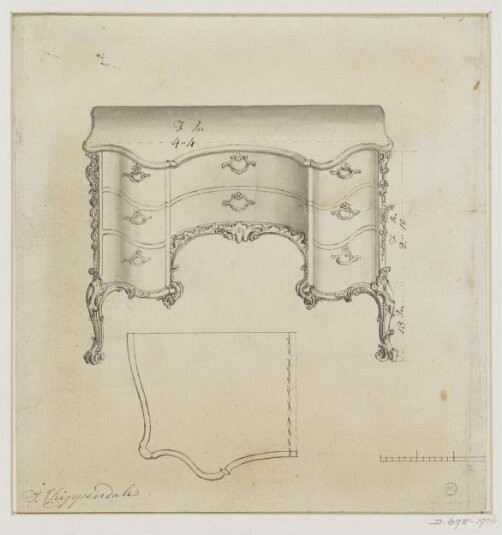 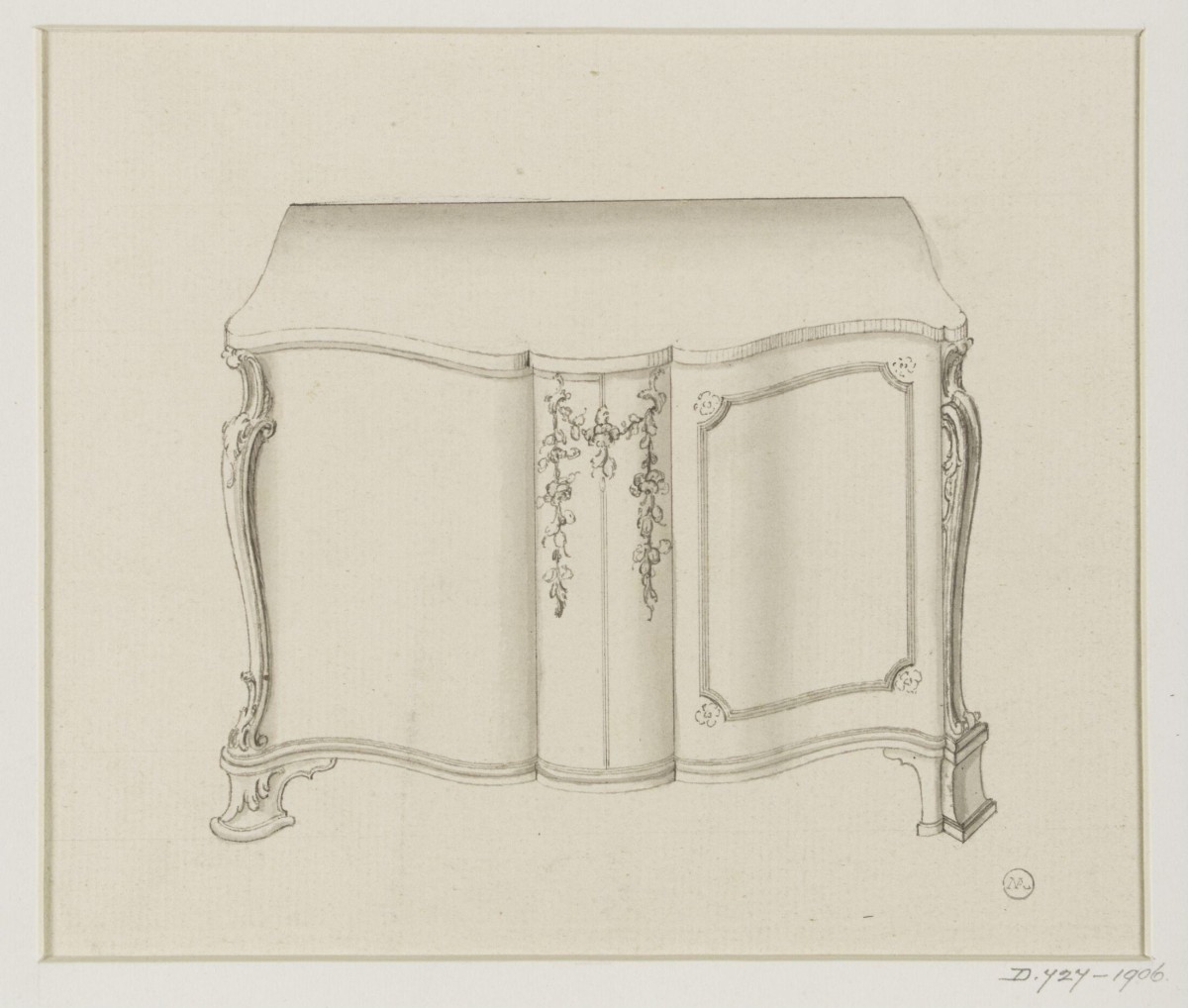 This piece of furniture is a key object in the collection because of its importance to Denys Eyre Bower. It was one of the earliest works he acquired as a collector - it was given to him by his grandfather who also collected antiques. Denys grew up surrounded by the collections of his father and grandfather, which included Chinese ceramics and Japanese swords. He was an avid collector from a young age, beginning with stamps and coins. His first job as a young man was as a bank clerk for the Midland Bank. He used to get into trouble however, for missing work to attend auctions and making phone calls to direct others to bid on things for him. The chest of drawers sits in the White Rose Room today as this was Denys’ drawing room - many of his most treasured objects were on display in this room and it was where he received visitors. Denys opened up Chiddingstone Castle to visitors so they could view his collections. He would take tickets through one of the White Rose Room windows which served as a makeshift ticket booth. 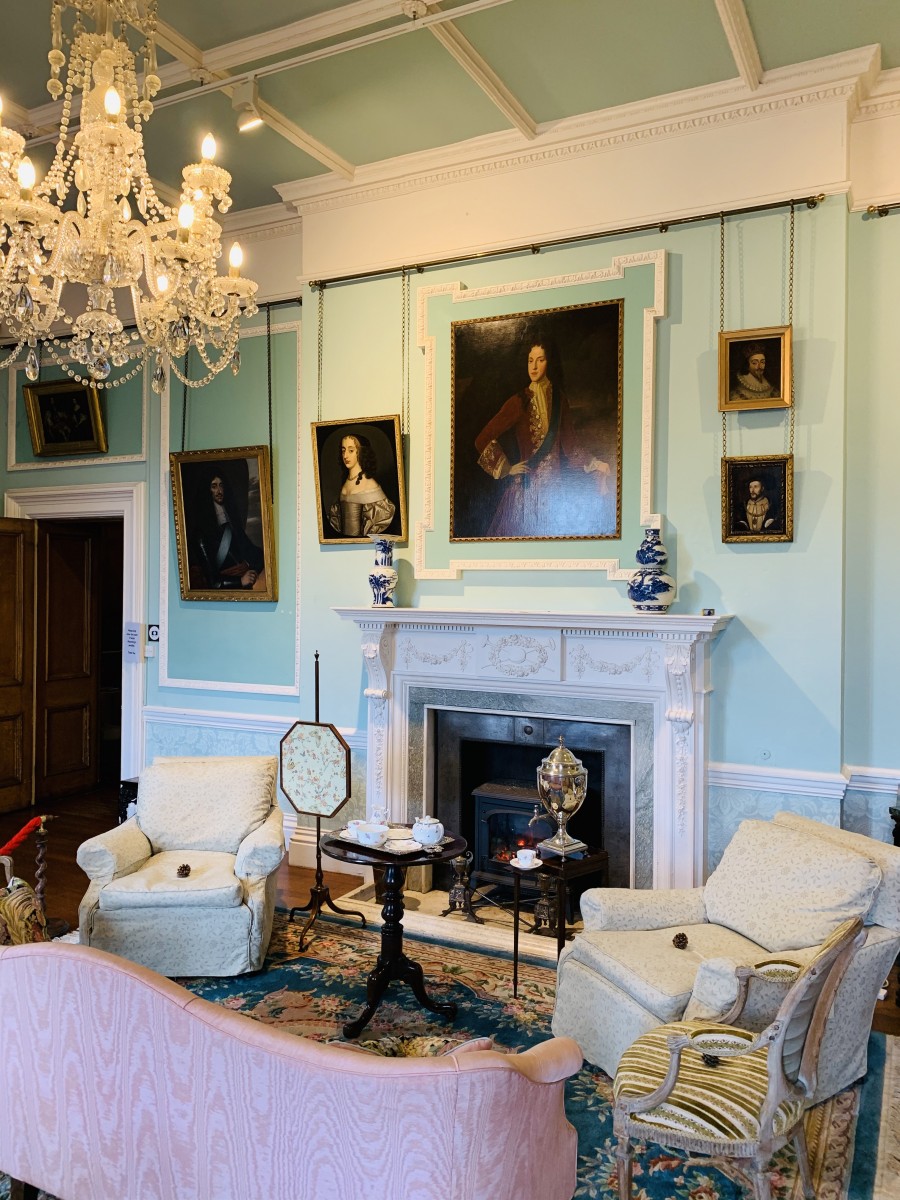 A view of the White Rose Room, with objects and furniture from Denys’ collection

There are old images in the archives from when Denys was alive, showing the chest of drawers being used to display a group of Buddhist statues and other asian works of art from his collections. The photographs were taken in Denys’ flat in Portman Square, where he lived and ran his antique dealership before he bought and moved into the Castle in 1955. Denys’ Buddhist collection had a particularly important meaning to him - he himself was a Buddhist. It was a key part of his identity, in particular whilst he was in prison from 1957 - 1962. The chest of drawers had an important place in his home, where it was used to display some of his most precious objects. 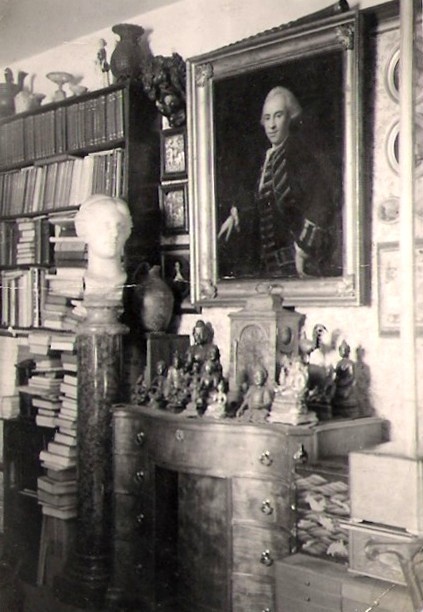 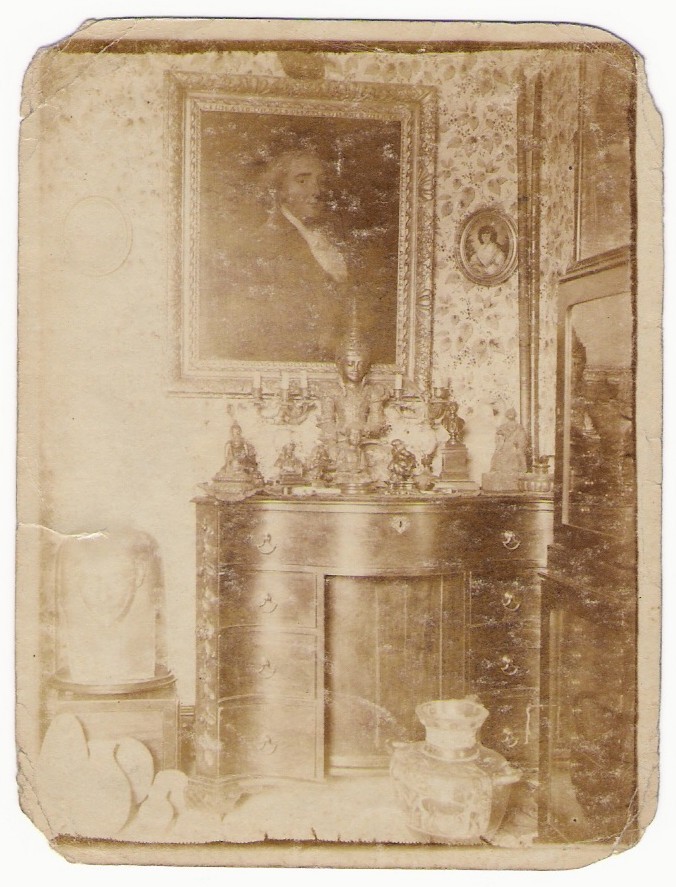 These images demonstrate the way in which Denys lived - surrounded by his collections, papers, and reference books. He bought Chiddingstone Castle as a home but also as a place to display his art and artefacts to visitors and members of the public. The objects were displayed openly or jumbled in antique wooden cabinets. He had rather unusual security measures in place - he would know if something had been moved or taken by the dust-free patch it would leave on his furniture. 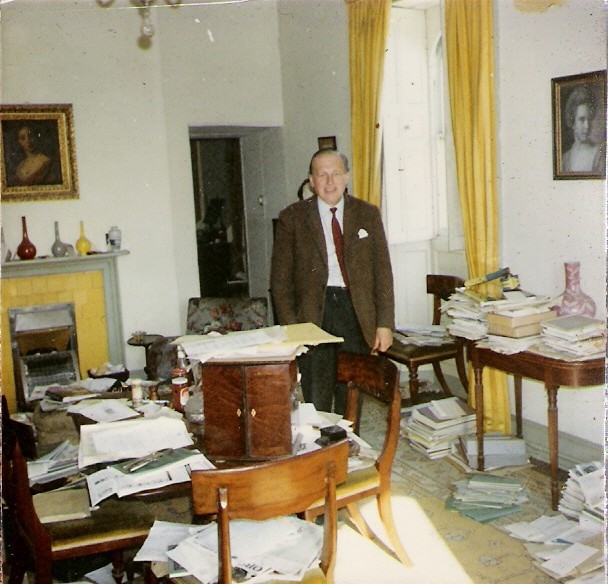 Denys in his living quarters at the Castle