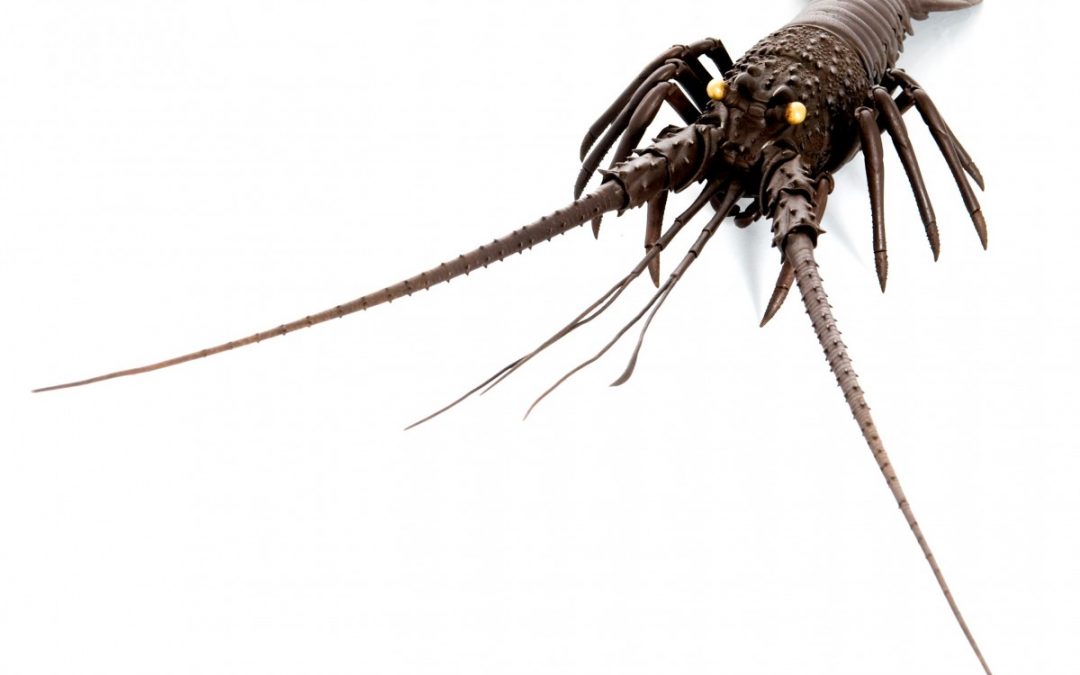 In celebration of the New Year, our January Object of the Month is this articulated spiny lobster. In Japan, where this fascinating object was made, Ise ebi or spiny lobster is an important part of the traditional New Year meal. It is usually served in an elaborate stacked lacquer box. Many of the ingredients in the New Year meal have a meaning – golden chestnuts represent good luck and black beans are believed to bring health. The Ise ebi is considered to be a symbol of longevity. It’s long, trailing whiskers and bent-over body are associated with living to an old age. The tradition of eating Ise ebi for the New Year dates back to at least the early 18th century. 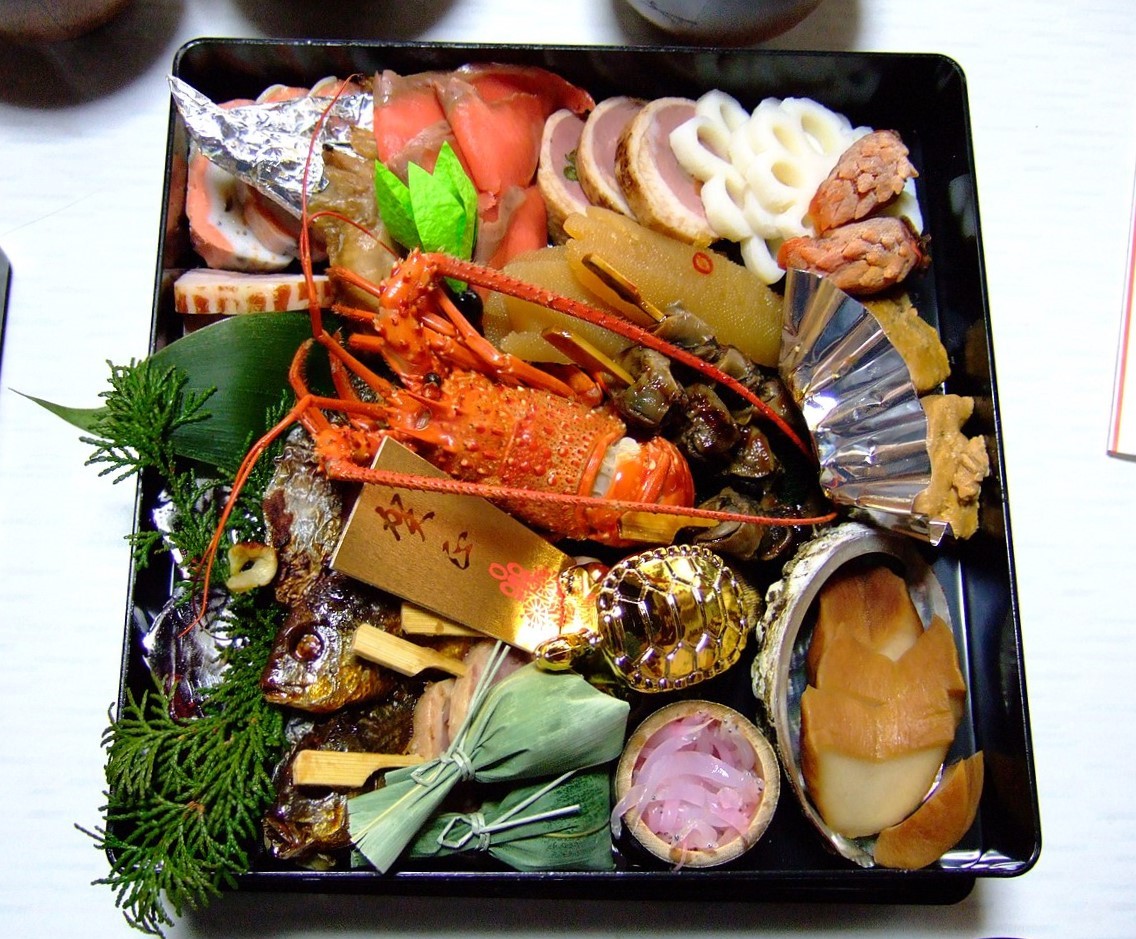 Our Object of the Month, however, was made from lacquered iron with gold-lacquered eyes. It was carefully created by a craftsman working under the name ‘Riyotada’ in the 19th century. It is likely that he was a samurai armourer or swordsmith. His signature is carved into the underside of the Ise ebi’s shell.

The period of the 17th - 19th centuries was one of peace and stability in Japan. After centuries of conflict and warfare between rival warlords (daimyo) who ruled over the provinces, the country was finally unified. The general Tokugawa Ieyasu became shogun, a title symbolically assigned by the Emperor to the military ruler of Japan. He and his descendants managed to keep a tight control over the country resulting in 250 years of peace. This was known as the Edo period after the capital city (which was renamed to Tokyo). As samurai warriors were no longer making a living fighting in battles for the daimyo, they didn’t require as many new suits of armour. Armourers and metalworkers therefore didn’t have as much work, and so turned their skills towards making flexible articulated creatures. They were made to be displayed in a traditional alcove or tokonoma in the home. 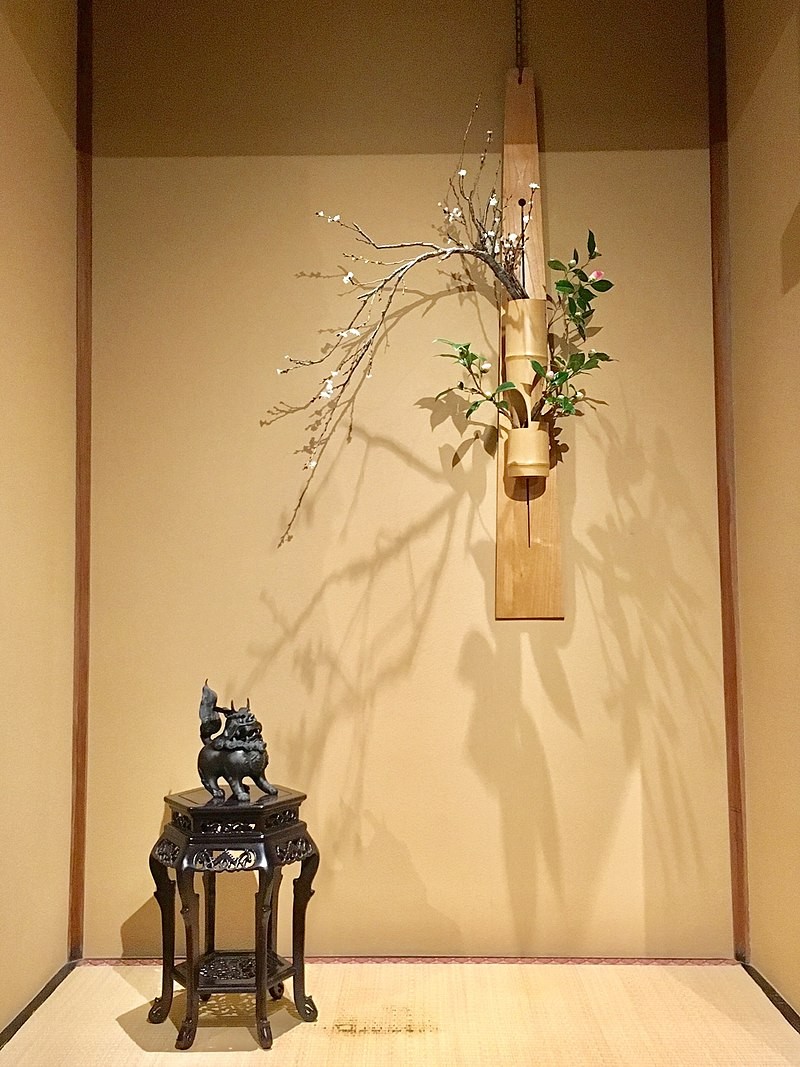 Samurai armour was made of pieces of lacquered iron or leather linked together with silk cord. This made it very light and flexible for riding on horseback. The armourers took the same concept and made articulated animals (jizai okimono) out of pieces of iron or occasionally silver connected together with small hinges and pins. The idea was to make the animals as lifelike as possible. They are designed to move like real animals and insects. The segments of the tale of our Ise ebi are separate and joined together, its legs are hinged at the joints, and even its whiskers and smaller legs on its underside are jointed and movable. The craftsmen who made jizai okimono studied real animals in order to make their works accurate. 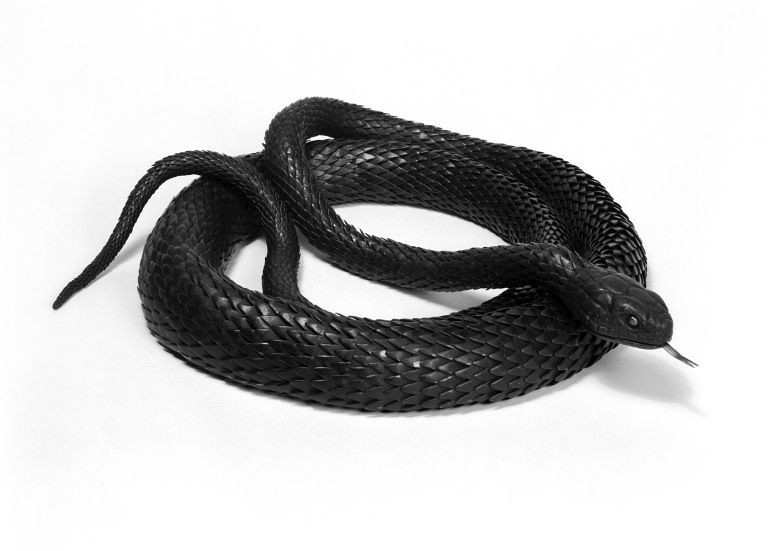 Many samurai armourers would have already had experience of carving lifelike Ise ebi because they were a popular decorative motif for armour and sword fittings. The association of Ise ebi with a long life would have appealed to the samurai, but they were also admired because their segmented shell resembles armour. For this reason they were also known as gusoku ebi or armour lobster. They were considered an appropriate decoration for sword fittings such as hand guards or tsuba, and there is a type of ‘lobster scabbard’ or ebi saya in the form of a red lobster tail. 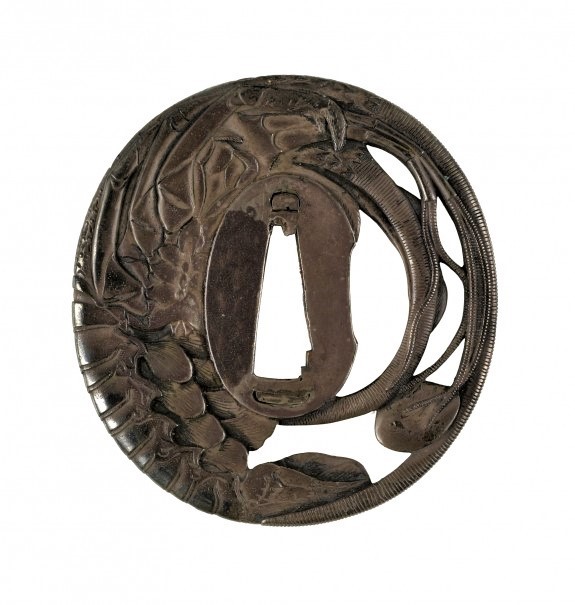 A silver alloy tsuba (hand guard for a sword) in the form of a spiny lobster, with his tale and curved antenna forming the outside rim, late 18th- to early 19th century, signed Kinoshita Yoshikatsu, The Walters Art Museum, accession number 51.125

This month’s object is one of a group of jizai okimono which Denys Eyre Bower collected. They are on display in our Japanese Room, which will be open again with the rest of the Castle in the Spring. The collection includes amazingly detailed insects, crabs, and even a dragon! Denys was fascinated by these creatures and wrote in one of his old labels ‘these must be handled to be appreciated, but this is not possible because they are very delicate. They are made of separate pieces, joined together so that the creature moves as if alive.’ 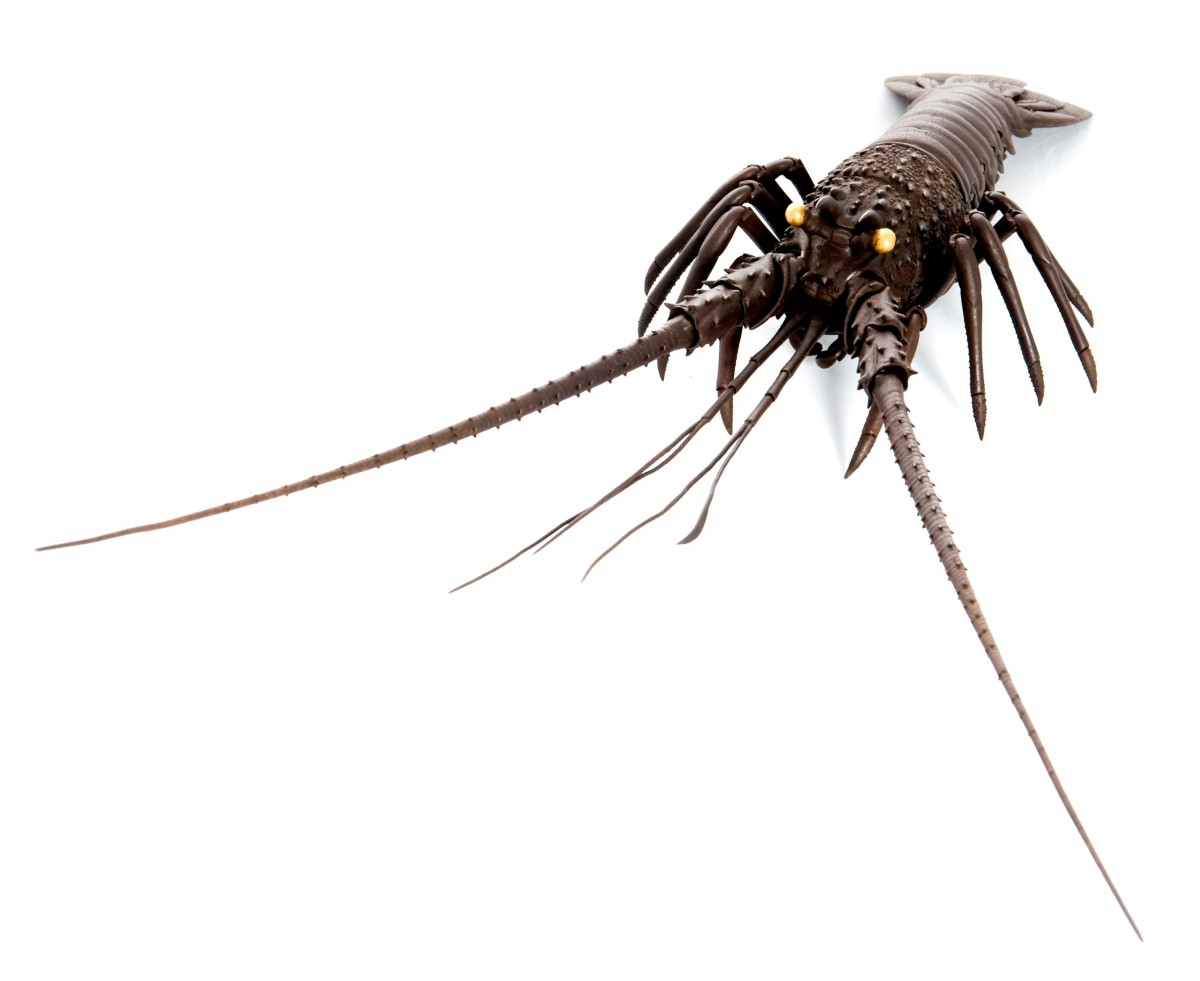