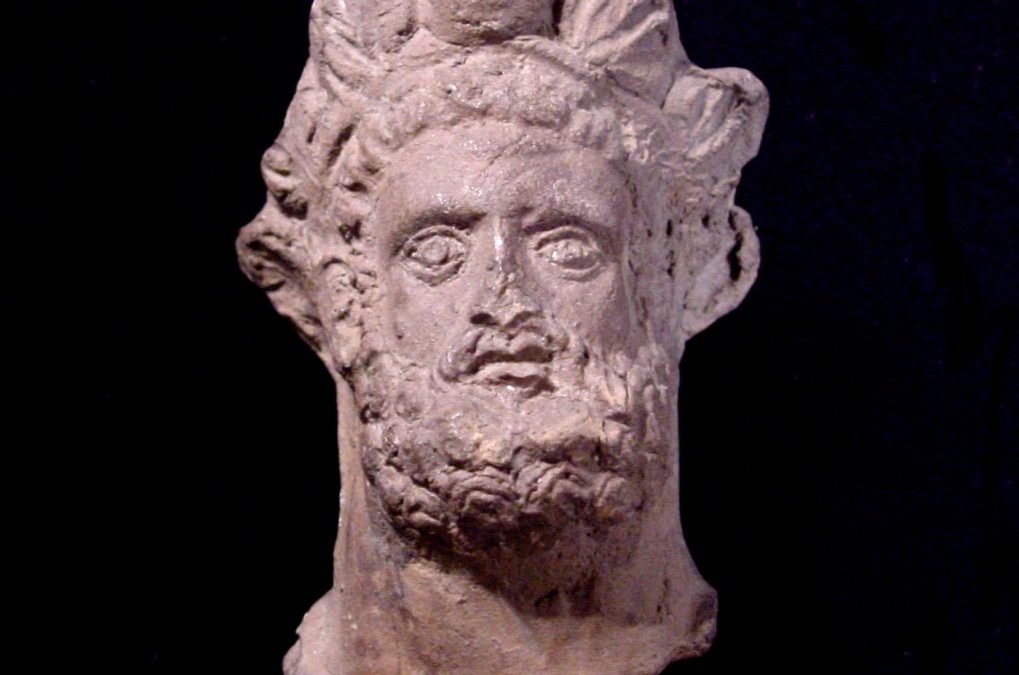 print
Fragment of a statue of Zeus-Serapis

Our Object of the Month for July is this small terracotta statue fragment of the god Zeus-Serapis, which is on display in our Egyptian Room. The detail of this small fragment is still clear – the god is represented in the style of a Greek statue with carefully modelled curls and a wreath crown. It was made during a period in ancient Egyptian history when Egypt was ruled over by the Greeks and then the Romans. 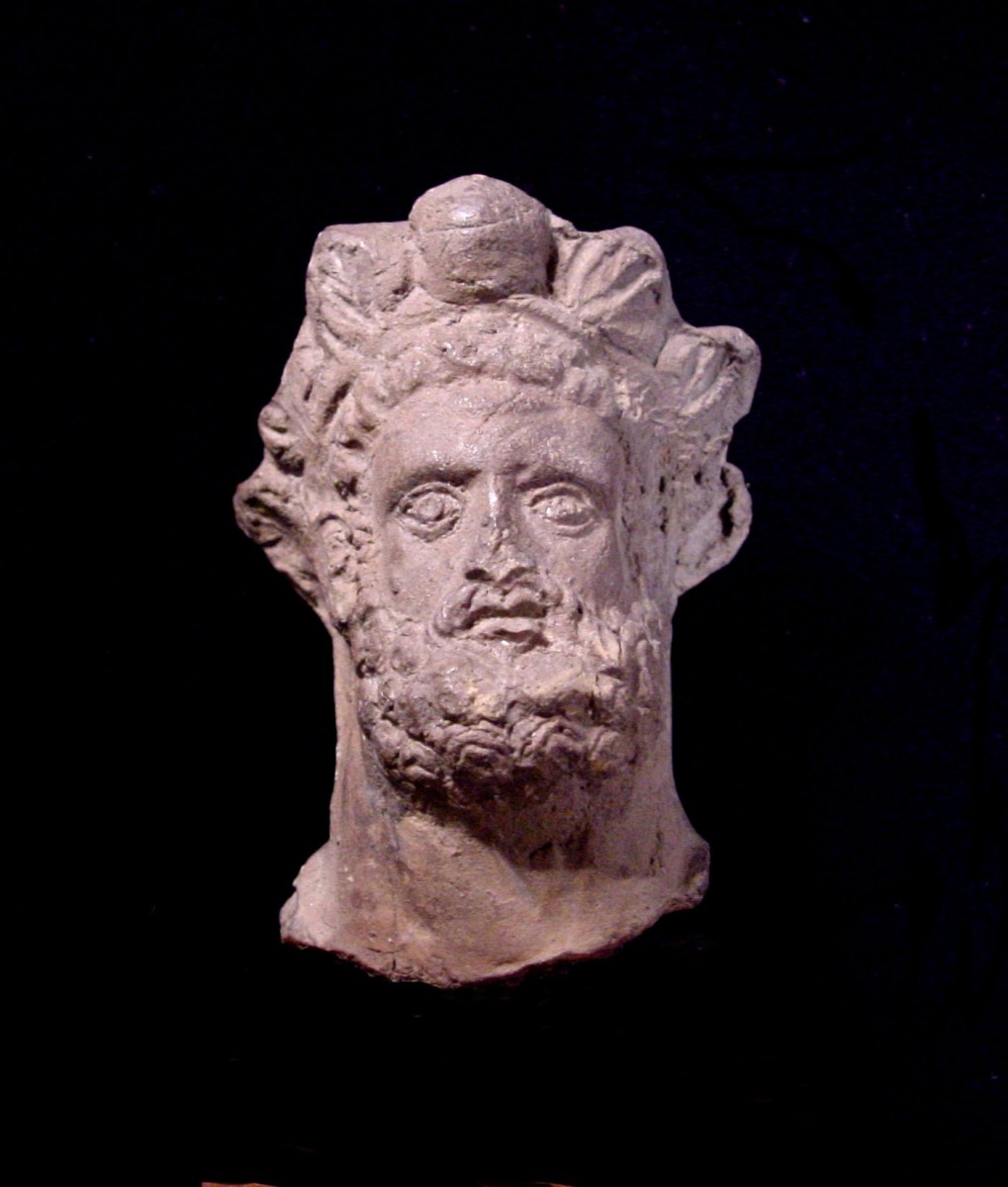 In 323 BC Alexander the Great took control of Egypt. When he died his general Ptolemy was left to rule it. The descendants of Ptolemy, who called themselves Kings of Egypt, ruled until 31 BC. That year Cleopatra VII, the last of the Ptolemy rulers, was defeated by the Roman Emperor Octavian. The port city of Alexandria became the capital of Roman Egypt and the centre of the worship of a new and powerful god, Zeus-Serapis. 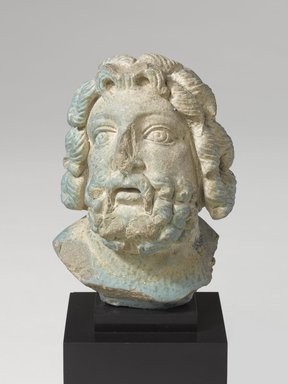 By the time that the statue from which our fragment came was made, there had already been a long tradition in Egypt of creating and combining gods. The god Serapis was a combination of the sacred bull, the Apis, and the god of the dead Osiris. In order to unify the Greeks and the Egyptians under one religion, Ptolemy I and his Greek advisors created a new god called Zeus-Serapis. They combined the already popular Serapis with Zeus, the King of the gods according to Greek and Roman belief. Images of Zeus-Serapis reflected both Greek and Egyptian traditions. The statues closely resembled Greek statues of Zeus, but they were also often wearing an object on their heads which was a common feature of ancient Egyptian statues of gods. Zeus-Serapis was usually depicted with a grain basket or measuring cup on his head, symbolising wealth and the harvest. 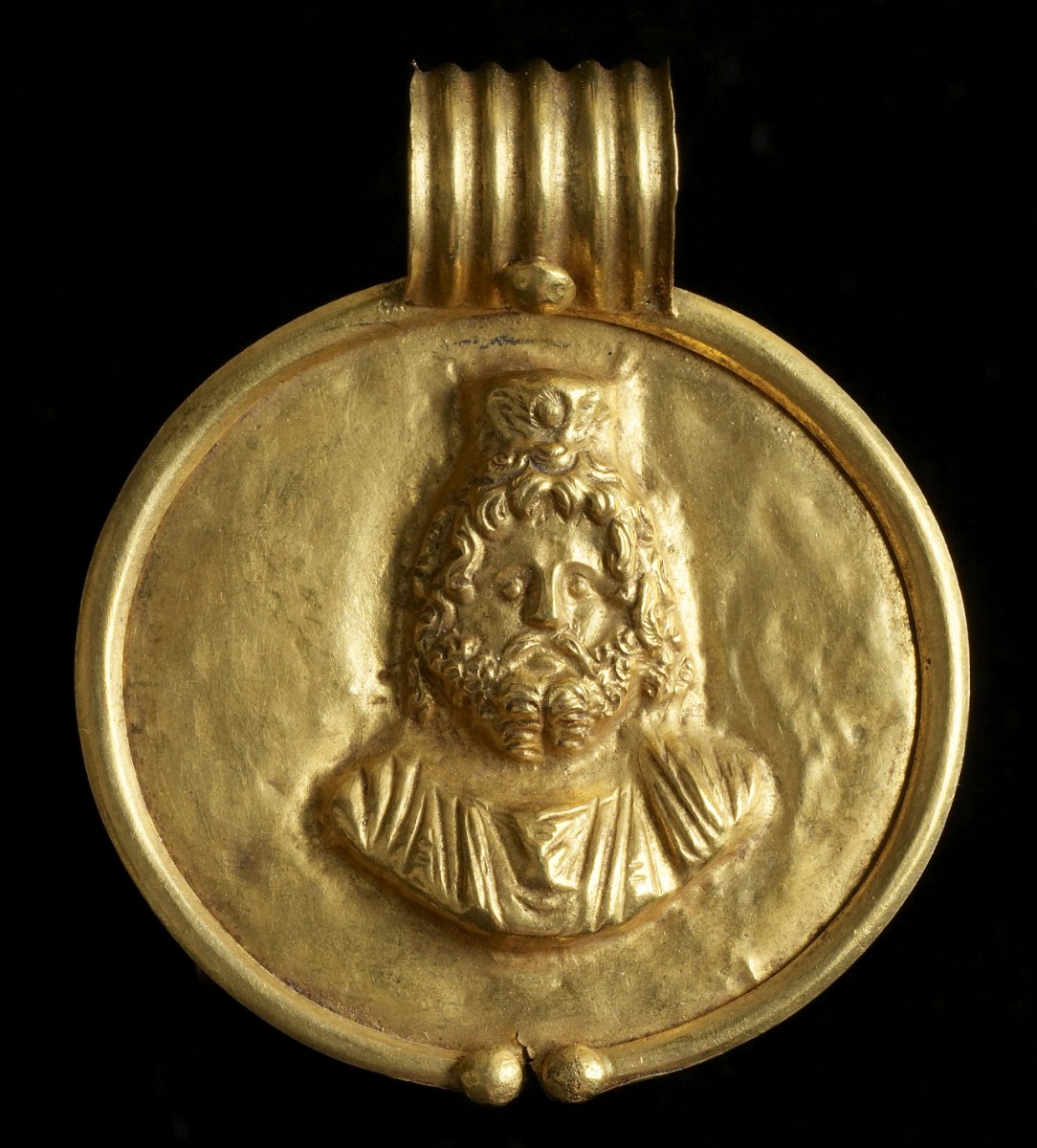 Although Serapis was originally a god of the dead, Zeus-Serapis became the god of the sun, the god of healing, and the most powerful and important god. The popularity of Zeus-Serapis continued into the Roman period and inscriptions honouring ‘Zeus Sun Great Serapis’ were common. He was worshipped in particular at a large temple in Alexandria called the Serapeum. The Serapeum also served as an extension of the famous Library of Alexandria. Works of literature and art were stored there when the Library had run out of space. 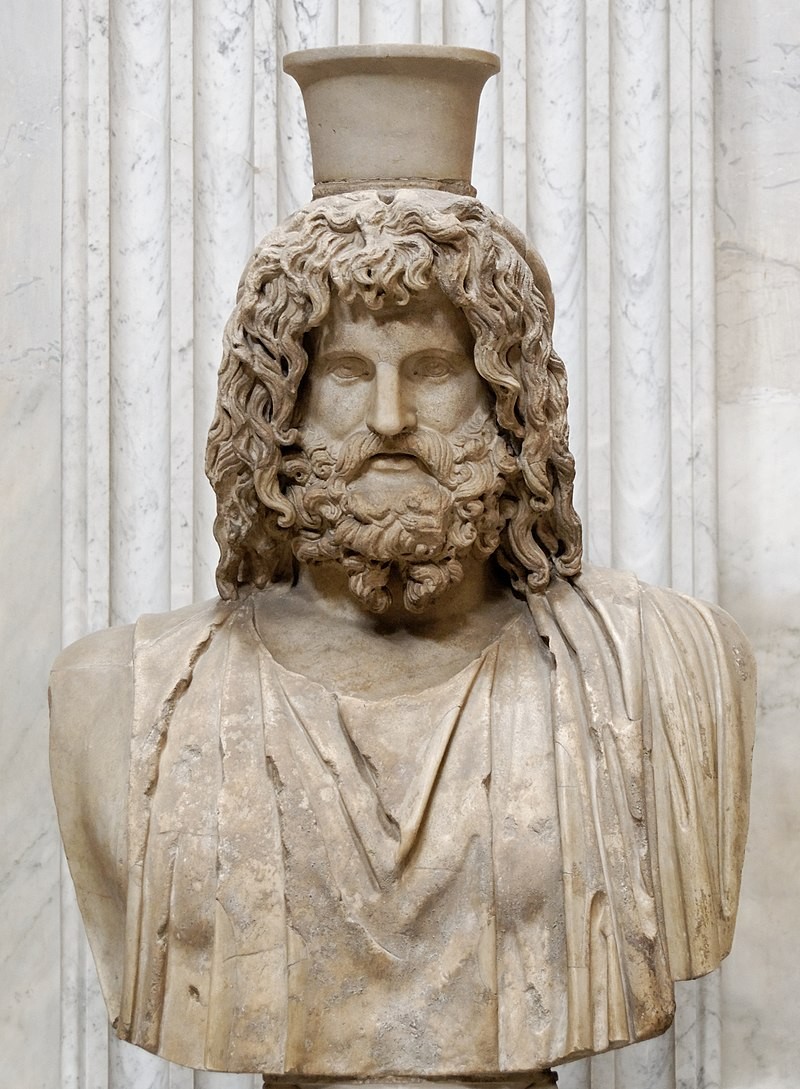 Bust of Zeus-Serapis, Roman copy of a Greek original from the 4th century BC, from the Serapeum of Alexandria

Our statue fragment is wearing a wreath, with what is likely to be a woven grain basket or measuring cup in the centre. The original statue would have been small and therefore probably used for worship in the home or made as an offering to a temple. Household altars where family members could make offerings in return for protection and good fortune were common. Offering small statues of the gods at temples had also been a popular practice throughout Ancient Egyptian history. There are many small statues of gods in Denys Eyre Bower’s collection. They were considered sacred so the priests would often bury them in the temple grounds rather than destroying them. They are a common find for archaeologists. 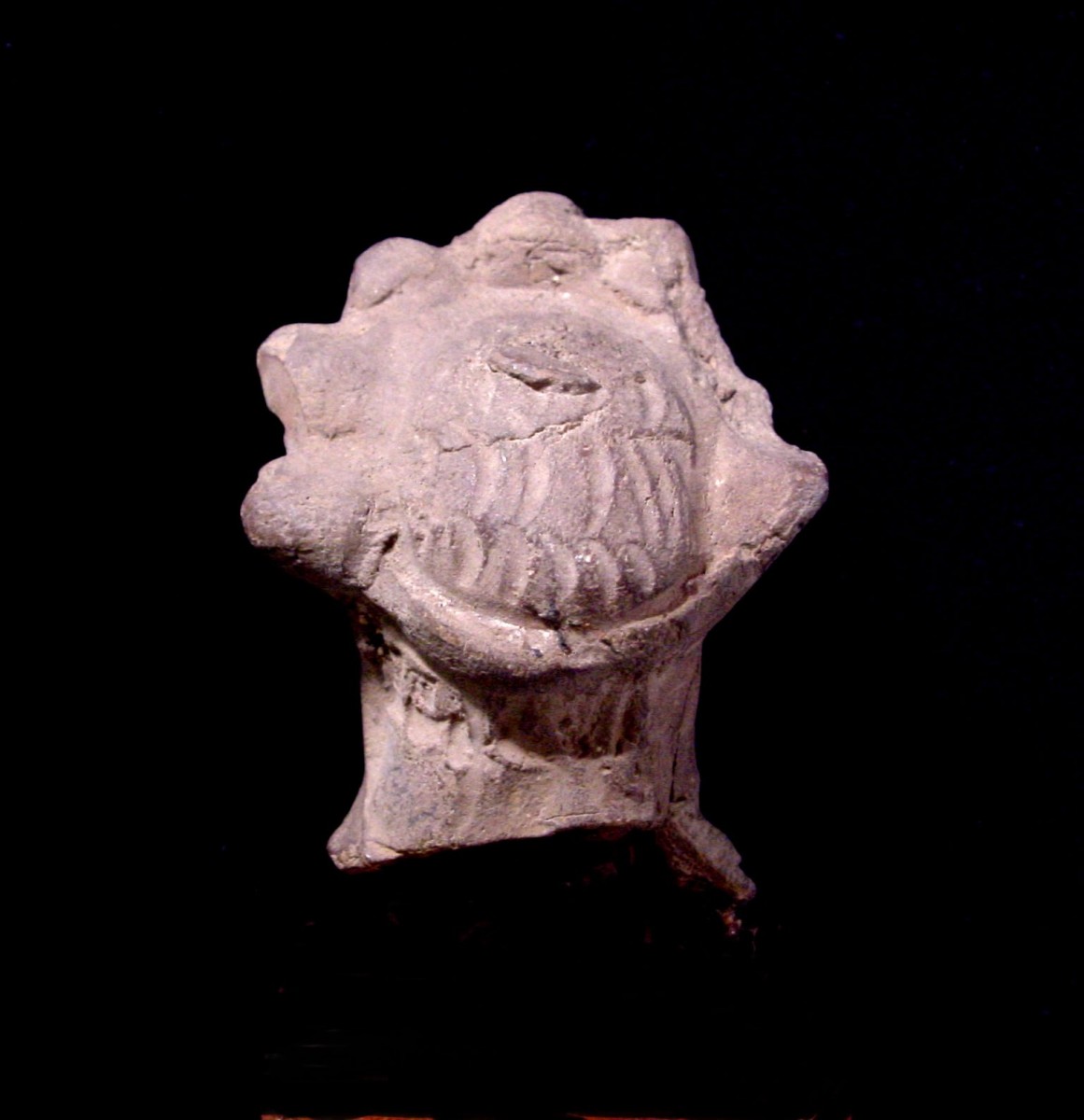 Reverse of the Zeus-Serapis statue fragment showing his wreath.