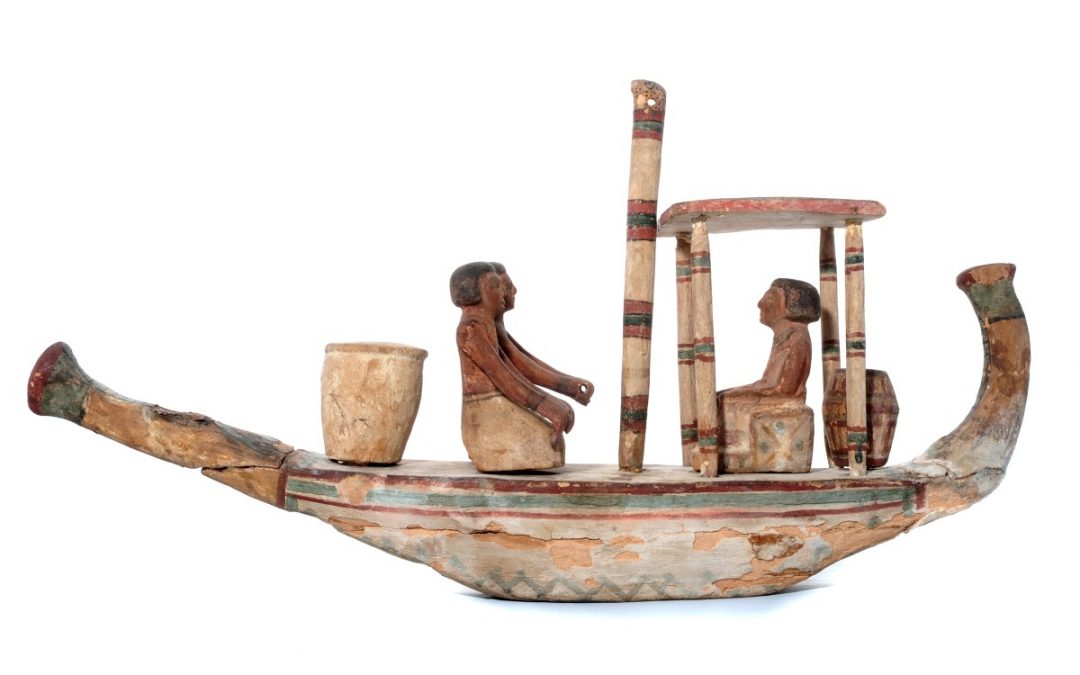 This month’s object was chosen, researched, and written by Molly Hockham, our work experience student from Bennett Memorial School.

This plastered and painted wooden boat may look like a toy or builder’s model, but for the Ancient Egyptians during the Middle Kingdom (c2040 – 1750 BC), these boats were actually an important piece of religious and funerary equipment. During the Middle Kingdom period, wealthy Egyptians were often buried with small models of their estates’ chief activities, such as granaries, slaughterhouses and breweries. The models showed that their owners were rich and successful during life. It was believed that model boats, like this example, sailed the dead person into the afterlife. These model funerary boats are an engaging source of knowledge of wood craftsmanship during the Middle Kingdom period.

Personally, I have an interest in this Egyptian artefact because I believe the Egyptian religious beliefs in the afterlife and journey to get to this state after death is a fascinating topic. Just as we focus on different religions in modern society, the history of these Egyptian beliefs are equally intriguing. Their beliefs influenced their actions during life so that they were prepared for the challenges of the journey to the Fields of Aaru, after death – Egyptian heavenly paradise where Osiris rules after displacing Anubis. 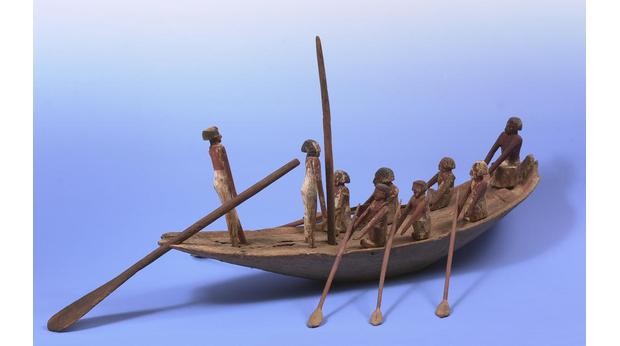 Water played an important role in the ancient Egyptian’s daily lives, meaning boats were necessary. As the river Nile spans across the region, boats were needed to cross the river and as a method of transport to move up and down the country. Therefore, as they were so common in everyday life, it was natural for the Egyptians to assume they would need boats in the afterlife. The model boats would have had many purposes chosen by the person themselves. As well as for transportation across the Nile, some boats may have been used for domestic living, cooking, warfare and even brewing beer!

The Egyptians believed that objects, including model funerary boats,  symbolised certain qualities, such as strength, which they could gain themselves. The qualities could help during the challenging journey to the afterlife. 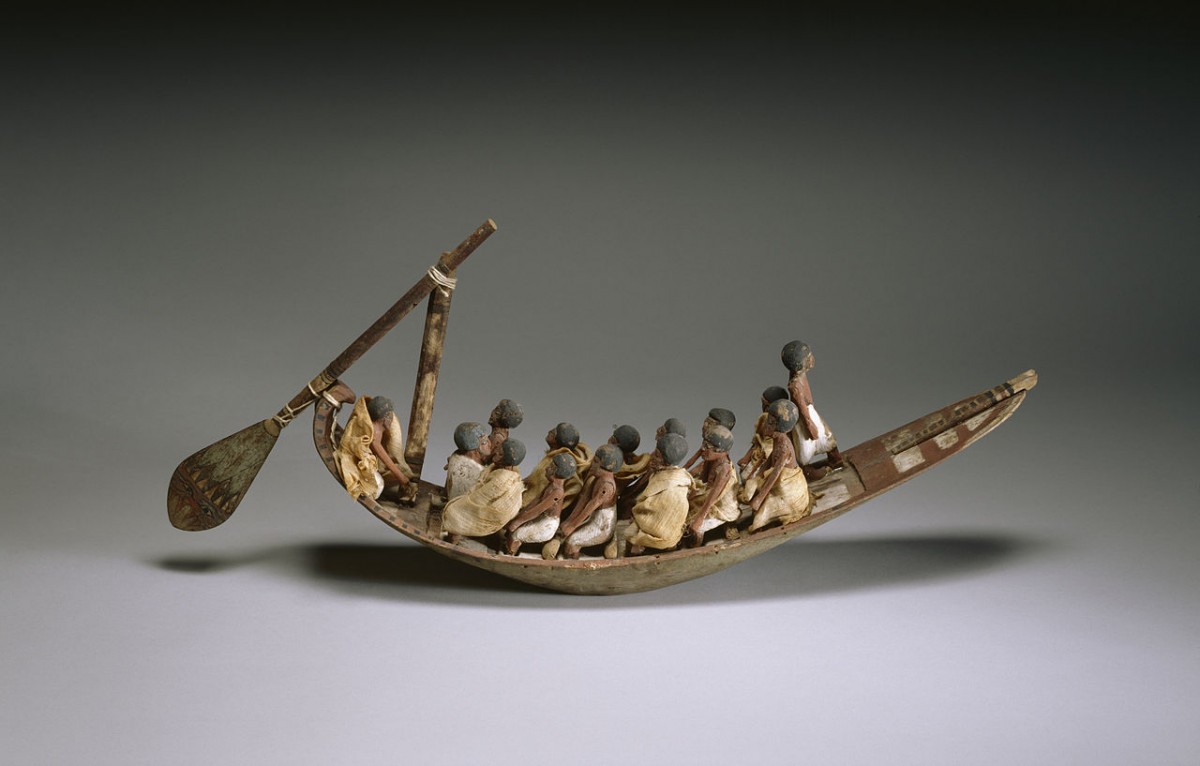 As part of funerary ritual, before burial, each body would be taken on a boat across the Nile. This was believed to mirror the journey of the soul, from living to the afterlife. The Ancient Egyptian belief in symbolic objects was so strong that they thought having a model boat in their tomb could help them to complete their journey to the afterlife. The tomb owner could triumph over all the dangers they would face during the journey, arriving safely.

Boats were important symbols because the Nile was the “lifeblood of Egypt”. Boats were essential for transporting people and goods but also were vital for the gods themselves to move between heavens and underworld, whilst images of them carried to temples by boats on Earth. One of the most important of all Middle Kingdom pilgrimages, that boats would help the Egyptians accomplish, was the journey to Abydos.

Abydos was a cult centre for Osiris, God of the Underworld. A temple was built for him in admiration and there were many grand processions to worship him, with an image of Osiris carried from his temple to a tomb, (believed to be his but actually first belonged to 1st dynasty king, Djer), and back again. After the pilgrimage to Abydos, the funerary boat would take the Egyptian, after a few more obstacles, to the Fields of Aaru, where their journey is complete. 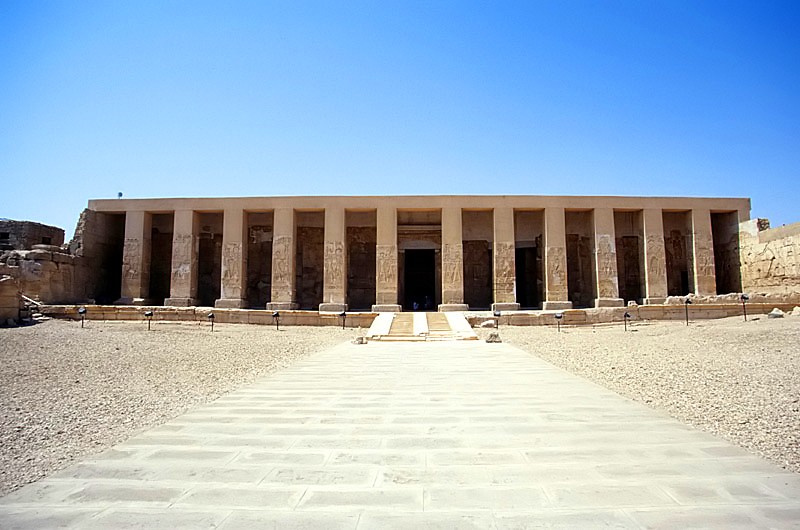