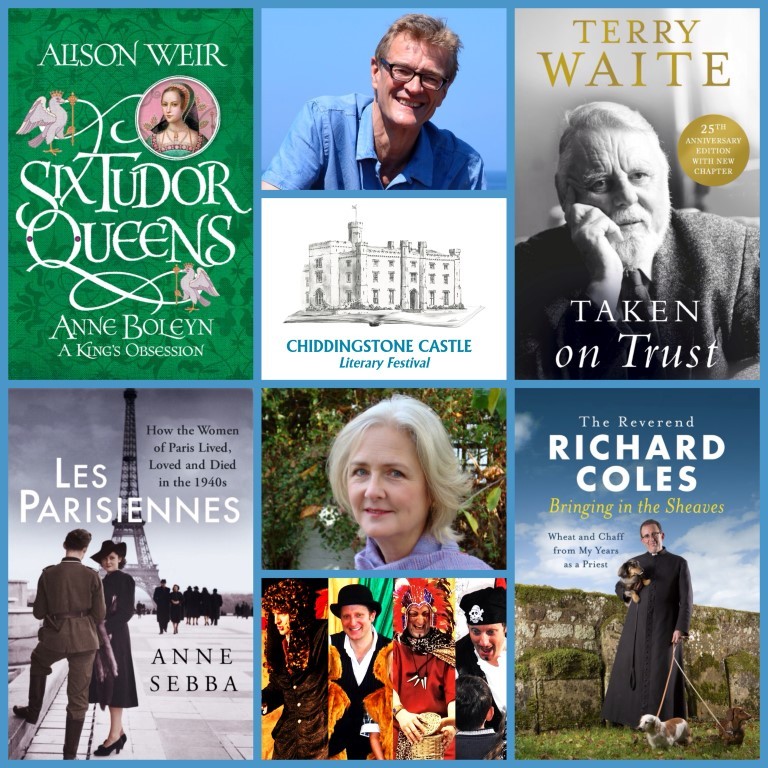 On the first May Bank Holiday of 2017, Chiddingstone Castle was delighted to welcome 4,500 visitors over three glorious days for our second annual Chiddingstone Castle Literary Festival.  The Sunday featured talks for adults, and the Monday was packed full of literary fun for all the family, with theatrical performances from children’s performers adding to further talks for adults.  On the Tuesday, children from numerous local schools were treated to talks from celebrated children’s authors.

The weekend featured an impressive selection of authors covering a wide-range of topics. Highlights included Terry Waite, 25 years after his release from solitary imprisonment as a hostage in Beirut, talking about his life then and now, and his thoughts on the current situation in the Middle East. Biographers Artemis Cooper and Adam Sisman discussed the life and writings of acclaimed travel-writer Patrick Leigh Fermor and Artemis also spoke about her latest biography of Elizabeth Jane Howard. Radio 4 presenter of Saturday Live, Rev. Richard Coles sorted the wheat from the chaff in his reflective account of life as a parish priest and broadcaster. Grief psychotherapist Julia Samuel (author of Grief Works) and Imogen Lycett Green, writer and founder of the Narrative Medicine Workshop in Brighton, were in conversation with Guardian journalist Decca Aitkenhead (author of All at Sea) about the death of her husband and coming to terms with love, loss and the taboo of death.

Educationalist and biographer Anthony Seldon was in conversation with David Walsh, and presenter of BBC TV’s Coast Nicholas Crane, presented his new book on the making of the British Landscape. Best-selling writer of historical fiction Alison Weir presented Anne Boleyn: A King’s Obsession, the latest title in her Six Tudor Queens series and the highly-praised biographer Anne Sebba shed light on how the women of Paris lived, loved and died in the 1940s. Rachel Kelly introduced The Happy Kitchen (written with nutritionist Alice Mackintosh); an inspirational range of recipes scientifically proven to boost energy, relieve low mood, provide comfort and keep the blues at bay.  No 1 bestselling author of the Emperor, Conqueror and the Wars of the Roses series Conn Iggulden talked about his latest novel Dunstan with local historical fiction writer Angus Donald (author of The Outlaw series), about a tenth century Archbishop of Canterbury. Sunday Times journalist Tim Shipman (author of All Out War) and ITN’s Andy Bell discussed the impact of Brexit and Trump.

For children, there were appearances from prize-winning authors Piers Torday and Lauren St John, poet A F Harrold and local author Christopher Lloyd. There was a performance of The Ugly Duckling by award-winning theatre company Pericles, along with storytelling shows from Mr Dilly’s World of Wonder and Really Big Pants Theatre Company. The festival expanded in its second year with the addition of a second marquee providing a space for workshops, storytelling, Sock Puppet Theatre and much more. 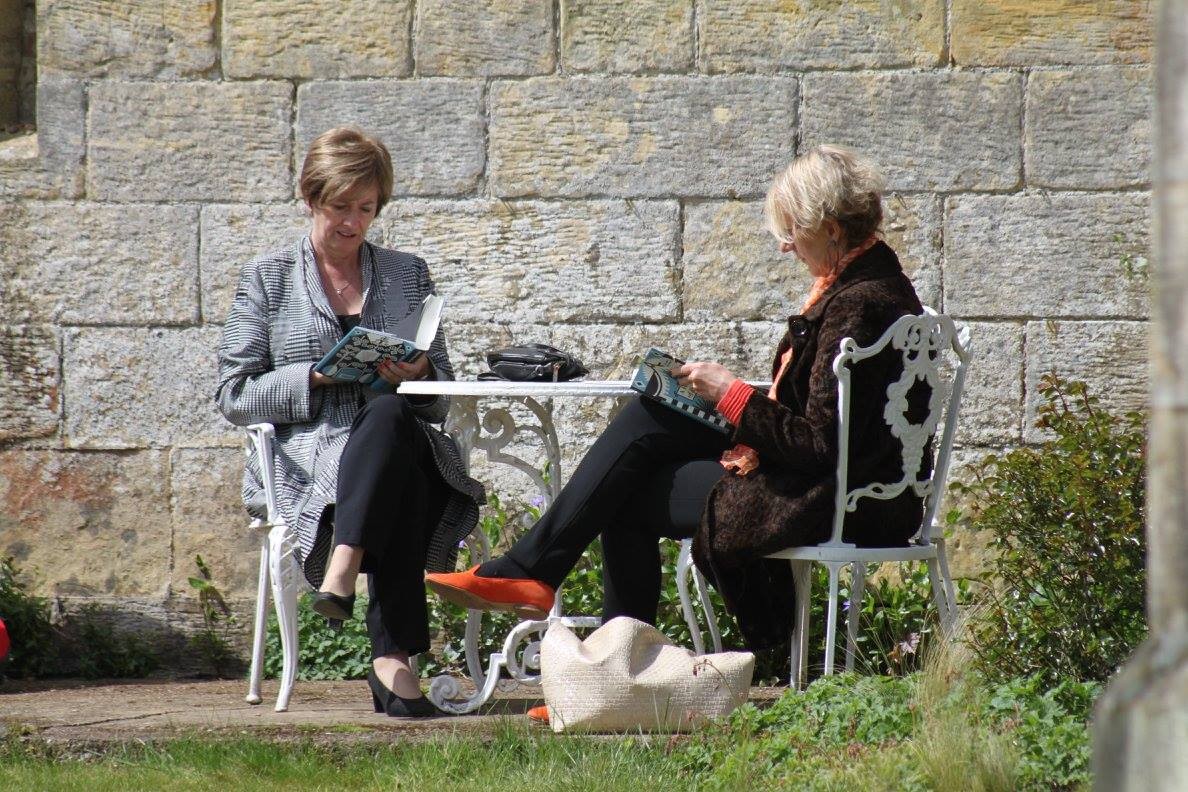 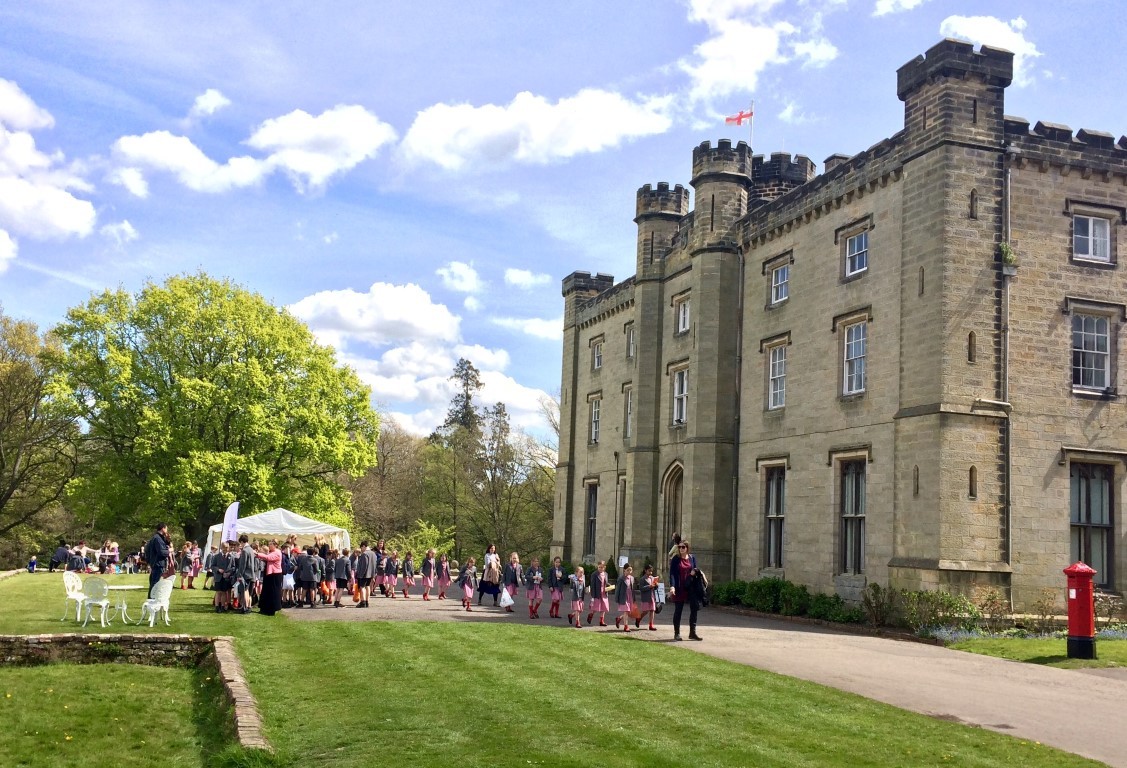