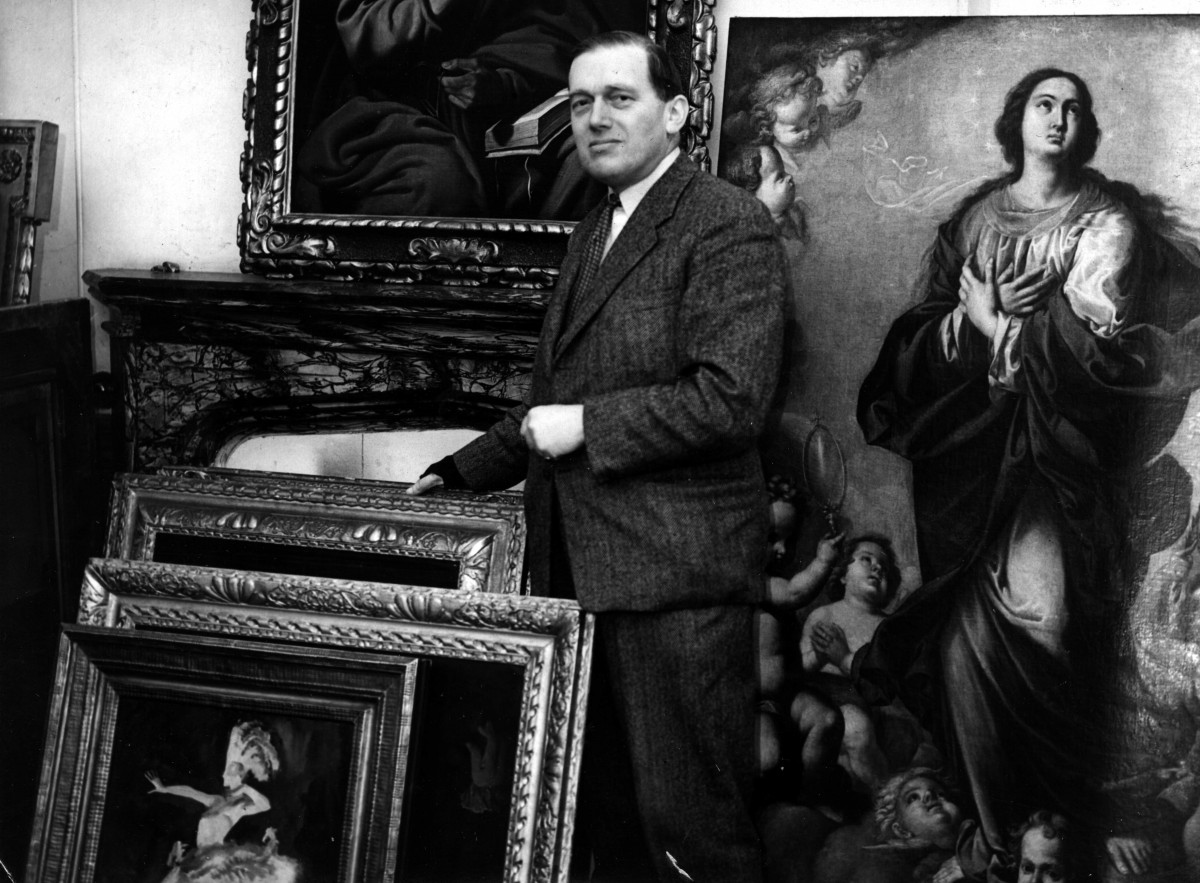 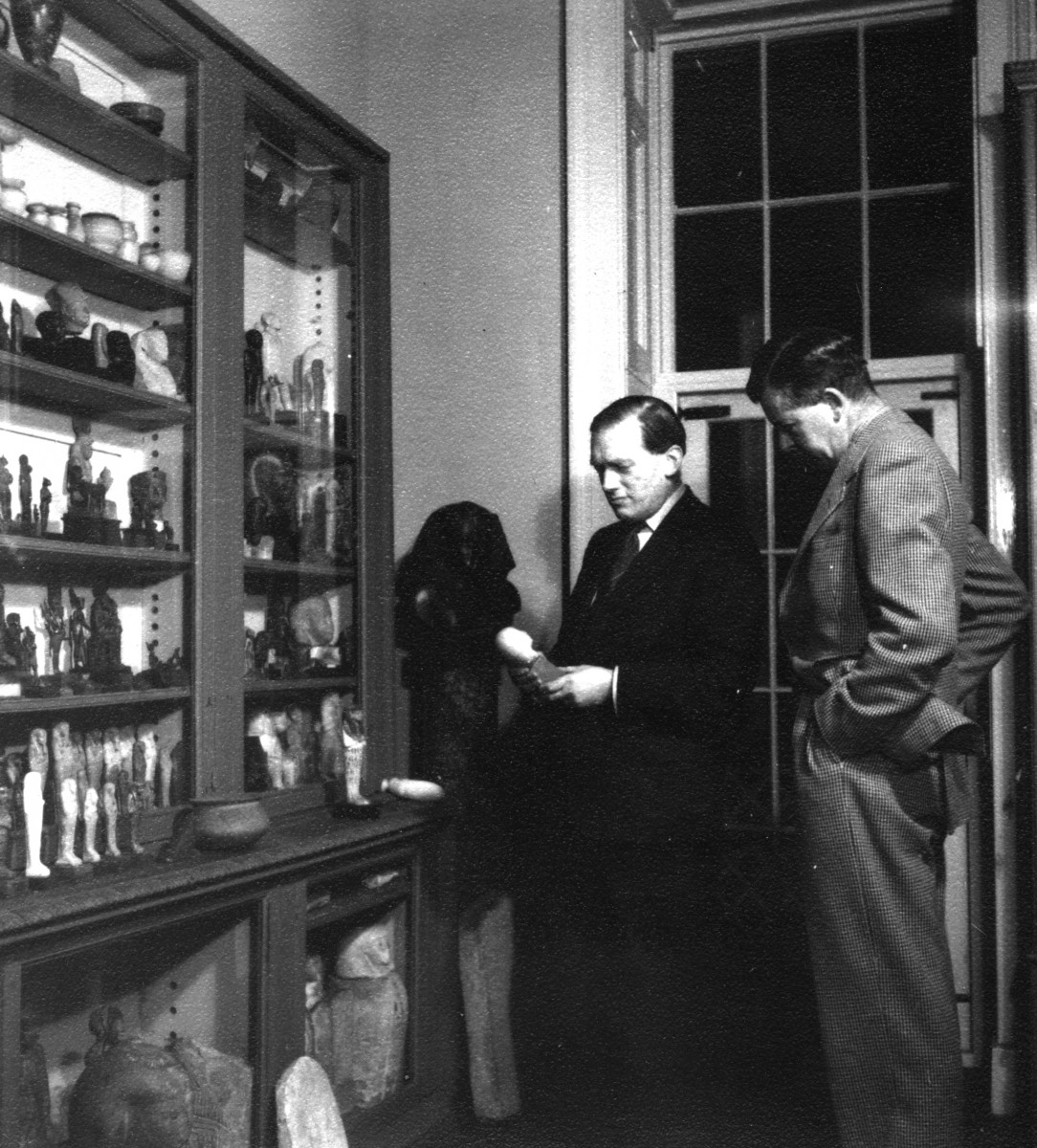 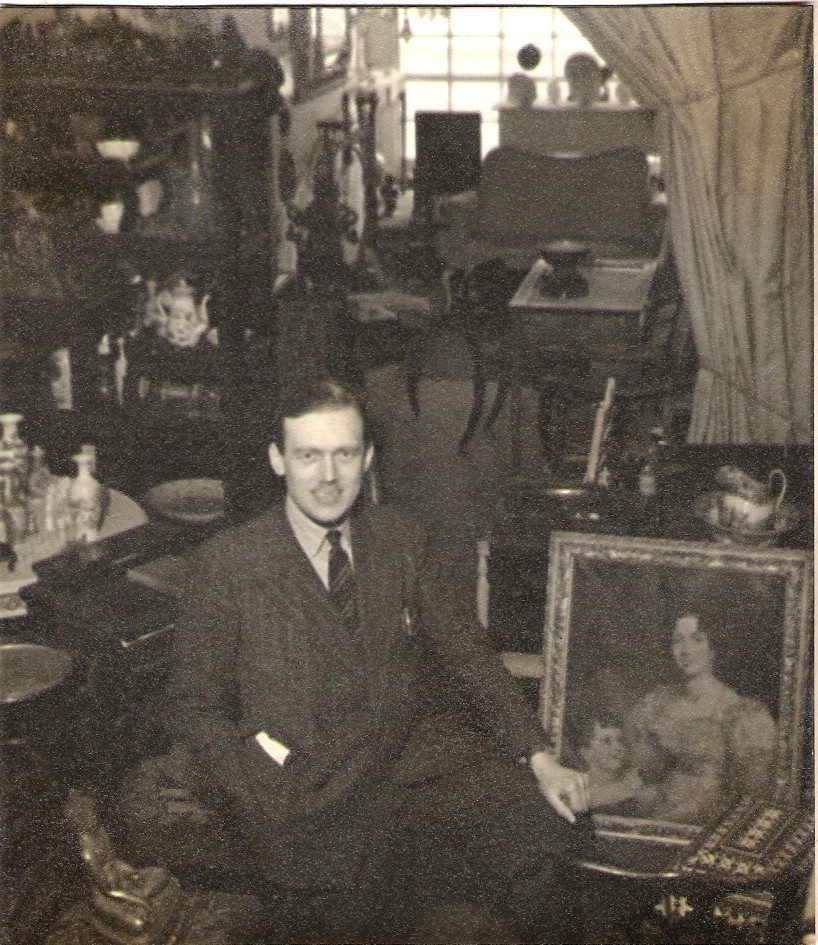 Denys was a gifted collector who devoted his life to finding fascinating objects and works of art. He displayed his objects throughout Chiddingstone Castle, which was his home until his death in 1977. He intended to leave his home and collections to the National Trust, but they refused it as it didn’t come with an endowment. A private trust was then created with the mission of preserving his collections in their original setting ‘for the enjoyment and learning of future generations’.

Denys’ interest was inspired by his father and grandfather who were both collectors. He purchased many of his items at auction and from art dealers, taking advantage of the economic downturn of the 1920s and 1930s. Japanese objects in particular were not fashionable at the time and Denys would always find good deals. His extensive research and excellent eye led him into amassing a unique collection.

His vast collection of objects, includes Japanese lacquer, armour and swords; Ancient Egyptian aretefacts; Stuart & Jacobite papers, portraits, and memorabilia; and Buddhist objects. Thanks to a volunteer-led project to document the vast book collection, Denys’ Library was open to the public in 2015.

Denys was born in 1905 in Derbyshire, into a respected middle-class family. He grew up in a small village called Crich. He had a comfortable upbringing with his parents and his younger brother Alban. Denys was surrounded by collecting from a young age - his father collected Chinese porcelain and his grandfather, who was the Director of Midlands Railway, had the funds to be able to collect art and antiques. Denys began by collecting stamps, coins, and Stuart and Jacobite objects, which were part of the history of the area he grew up in. Him and his brother were particularly fascinated by the swords in their father’s collection. They discovered that the Japanese swords were the sharpest, and got into trouble for parading round the village with them.

Denys was not particularly interested in school, and left aged 17. He began a career as a clerk for the Midlands Bank. He would often skip work to attend auctions and make phone calls to people he had sent to bid on things for him. His passion for auctions and collecting effected his work and he was moved around to different branches.

Eventually, when Denys was 38, he left banking and moved to London to pursue his real dream - setting up his own antiques shop. It was called ‘Cavendish Hood’ and was located in Portman Square. He kept his favourite antiques for his own collection and filled his nearby home with them. When the lease on the shop ended and he had run out of space for his collections, he bought Chiddingstone Castle as a place to live, house and display his collections, and as a base for his continued buying and selling at auction. He bought the Castle in 1955 for £6,000, with a full bank loan.

Denys opened the Castle to members of the general public so that they could view his collections. For a small fee, they could enter the Castle, peer at the dusty objects crowded into antique wooden cabinets, and occasionally receive a tour from Denys himself. He arranged the displays, wrote the labels by hand, took the entrance fees from a makeshift ticket booth or through an open window, and gave tours. He was very proud of his collections, but he rarely revealed to his visitors that he was the owner.

Denys had only lived at the Castle for a few years, when his life took a dramatic turn. He was sent to Wormwood Scrubs prison for life for the attempted murder of his girlfriend. The story goes that an antique revolver that he was carrying accidentally went off and hit her. Thinking that he had killed her, he then turned the gun on himself. He work up in hospital and was sent to prison. In the end he stayed behind bars for a few years, as a lawyer called Ruth Eldridge and her sister Mary became fascinated by his case and the Castle, and worked to have him released. They had lived near his antiques shop in London. They took on the job of looking after Denys Eyre Bower and the Castle, and restoring it once he was released.

Denys lived at the Castle until he died in 1977. He was known in the area for being an eccentric character. He wasn’t particularly good at managing his money or maintaining the house. He kept the Castle going by continuing to sell things at auctions. The Eldridge sisters remained his close friends and worked tirelessly to look after the Castle. They set up the charitable trust when he died to fulfil his wish to continue to share the Castle and collections with the nation.

You can read more about Denys Eyre Bower’ life in his study at the Castle, and in the book ‘Beyond Belief’ by Mary Eldridge which is available in our gift shop.